Why is the RBI Called the Bank of Banks?

Most individuals are always curious to understand why RBI is called a Bankers Bank. The Reserve Bank of India is also reputed as India’s Central Bank. This Bank bears the onus of controlling the monetary policy as well as all other banking policies of the Government of India. The primary function of this Bankers Bank of India is the regulation of the issuance of Banknotes and ensuring healthy reserves to preserve the monetary stability of the nation. It is also responsible for consistently modernising the framework of the monetary policy in order to deal with all economic challenges when they arise. A central board of directors governs the various matters of the RBI. The Government of India, in accordance with the Reserve Bank of India Act, appoints this board. This article will give you an understanding of why RBI acts as a Bankers Bank.

Did you know? The Reserve Bank of India is fully owned and operated by the Government of India.

The Challenging Objectives of the Reserve Bank of India

One of the key objectives of this banker's bank is the supervision of all the initiatives for the finance sector which comprises financial institutions, commercial banks as well as non-banking financial companies (NBFCs).

Also Read: How to Check Bank balance Online From Home

The primary initiatives of this bank are as follows

Key Functions of the Reserve Bank of India

This banker of banks in India is responsible for undertaking various initiatives for the financial sector. Given below are details of the various functions of the RBI.

Understanding the Key Functions of the Reserve Bank of India

Management of the Various Rates

RBI has administered different rates for all the banks. Since RBI is the one that administers these rates, it is also the one that decides them, which makes it imperative for all the other banks to follow the same. Some of these rates include the policy rates, bank rates, marginal standing facility rates, repo rates, and reverse repo rates. The percentage of the reserves of the other banks that the RBI keeps with itself is also decided by RBI. This includes the statutory liquidity ratio (SLR), and the cash reserve ratio (CRR). Some of the other rates decided by RBI are the foreign exchange rates, lending rates, and deposit rates. The RBI also controls the money market and the call market. None of the banks has the authority to charge a rate lower than the ones fixed by the RBI. This banker of banks plays a key role in facilitating the money market and call market rates.

CRR, or the Cash Reserve Ratio, is the ratio of cash that every bank is supposed to keep with the RBI. The calculation of CRR is done as the percentage of the NET demand and the time liability. The Net demand and Time Liabilities (NDTL) is calculated by summing up the balances of the savings account, the current account, and the fixed deposit that the bank holds. The reason behind maintaining this reserve is to make sure there is a reasonable amount of liquidity maintained in the banks. In addition to the CRR, the SLR or the Statutory Liquidity Ratio is another reserve that the banks have to maintain with the RBI. A certain amount of reserves are held by the bank in the form of cash, bonds, securities, or gold after being approved by the RBI. It is done so for liquidity purposes.

Every bank has to maintain an account with the banker of banks i.e. the RBI. Any and every transaction between any two banks is done through this account. Since this account is maintained with the RBI, it keeps an eye on every transaction and dealing. There are some instances where a bank borrows from another bank. The RBI also decides the rate at which a bank borrows. If RBI finds any discrepancy in the transaction, it can prevent the processing of the transaction.

One of the functions of RBI is to lay down policies for the effective functioning of the banks. This banker of banks can revise these policies whenever the situation demands. The RBI also releases specific instructions for operations. RBI maintains all information related to credit. It also lays down distinct rules and regulations for the functioning of the banks. If a transaction is suspicious, doubtful, or unethical, the bank is questionable to the RBI.

The process of cash pooling includes the transfer of all transactions to the parent branch. The cash collected in the parent branch is then transferred to the other branches based on the surplus or deficit. To understand this process, we can look at the example of XYZ bank. XYZ bank has two other branches, X and Z. Suppose the X branch faces a cash deficit, but the Z branch has a cash surplus.  The Z branch can transfer funds to X Branch. The RBI facilitates the entire transaction.

Also Read: How to write a Bank Verification Letter for Various Banks?

RBI helps manage funds by providing short-term loans to the banks against security. It owns a mechanism for managing funds called the Centralised Fund Management System that also allows banks to gain information about their transactions, balance, and inquiries.

Whenever no one is willing to lend credit to a specific bank, the RBI  steps in and acts as the lender of the last resort. This implies that the RBI will give advances to the bank at prevailing rates. Additionally, RBI will find ways to deal with the bank's liquidity and ensure that they don't end up being bankrupt. This aids in safeguarding the purchaser's interests and protects the failure of the bank. This role of the RBI also proves why it is known as the bankers' bank in India.

RBI issues rules for the administration of Non-Performing Assets (NPAs) of banks. A framework is laid out where the NPAs are identified consistently and grouped in the required manner. Any defaults should be perceived within 30 days by the bank. It might resort to severe action in case the number of NPAs is large, in which case, the RBI starts its investigation immediately.

Based on the various functions and objectives of the RBI, you would have realised the reasons behind RBI being known as the Banker of Banks. It plays a highly crucial role in the monetary sector of the government and is revered for its various functions which it executes in a timely manner. Its biggest responsibility lies in its supervision of every bank in the country. In addition to all these highly responsible roles, this Bankers’ Bank also monitors as well as controls the flow of money into the economy, the various transactions which take place amidst banks, and the maintenance of financial stability. Follow Khatabook for the latest updates, news blogs, and articles related to micro, small and medium businesses (MSMEs), business tips, income tax, GST, salary, and accounting.

Q: In what capacity is the RBI termed as the lender of last resort?

Whenever a bank needs funds, and nobody extends credits to them, RBI steps in and acts as a lender of last resort. RBI provides the bank with the said loan at existing rates.

Q: Why is the RBI known as the bank of banks?

RBI is known as the banker's bank because it provides other banks with loans, maintains their cash reserve, and gives them remittance facilities.

Q: Which bank is called the Bankers of Banks in India?

The Reserve Bank of India (RBI) is known as the Bankers of Banks in India.

Q: What are the key objectives of the RBI?

The primary objective of RBI, as stated in the preamble, is to control the issuance of banknotes and reserve formation to ensure monetary stability in the economy of India. One of the other main objectives of the RBI is to function as the bankers' bank and as the bank of the government.

Disclaimer :
The information, product and services provided on this website are provided on an “as is” and “as available” basis without any warranty or representation, express or implied. Khatabook Blogs are meant purely for educational discussion of financial products and services. Khatabook does not make a guarantee that the service will meet your requirements, or that it will be uninterrupted, timely and secure, and that errors, if any, will be corrected. The material and information contained herein is for general information purposes only. Consult a professional before relying on the information to make any legal, financial or business decisions. Use this information strictly at your own risk. Khatabook will not be liable for any false, inaccurate or incomplete information present on the website. Although every effort is made to ensure that the information contained in this website is updated, relevant and accurate, Khatabook makes no guarantees about the completeness, reliability, accuracy, suitability or availability with respect to the website or the information, product, services or related graphics contained on the website for any purpose. Khatabook will not be liable for the website being temporarily unavailable, due to any technical issues or otherwise, beyond its control and for any loss or damage suffered as a result of the use of or access to, or inability to use or access to this website whatsoever.
Popular Searches
Indian Chocolate Brands | Salary Calculation | Cancelled Cheque | Profit and Loss Account | Tally ERP 9 | Take Home Salary Calculator India | Trial Balance | Delivery Challan Format | MahaGST | Golden Rules of Accounting | ESOP | Special Economic Zone | Broadbanding | Cross cheque | Tender Meaning | E Invoicing | Inflation Meaning | 7th Pay Matrix | IAS Salary | Freelancing Meaning | Entrepreneurship Meaning | Sovereign Gold Bonds | Flipkart Seller | ESIC Payment Online | Amazon Affiliate | NABARD | EPFO Claim Status | Nondisclosure Agreement | Udyog Aadhar | Taxable Income | ICEGATE | IFSC Code | Tally Prime Setup Download | Tally Prime Features | Wholesale Market in Guwahati | EPFO Kyc | Online Business Ideas | sidbi full form | Naturals Ice Cream Franchise | Mcdonald's Franchise Cost | Subway Franchise | Amul Franchise | KFC Franchise | Cams Kra | Bonus Calculation | MBA Chai Wala Franchise Cost | Dominos Franchise Cost in India | UAN Activation | NEFT Meaning | Ethanol Manufacturers in India 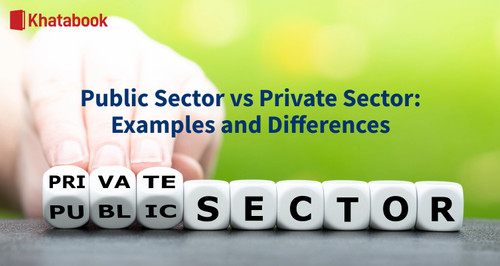 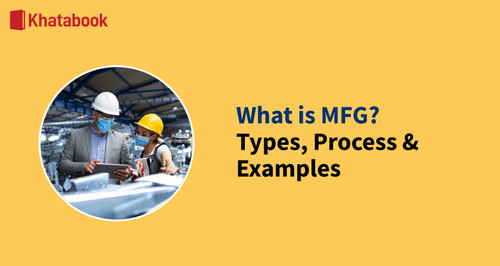 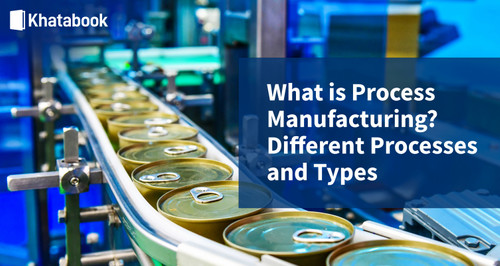 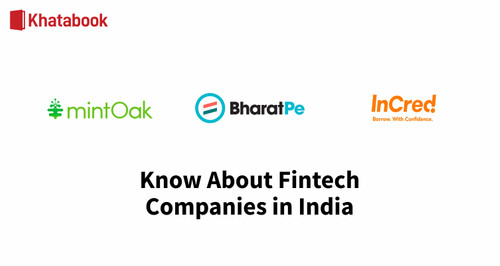 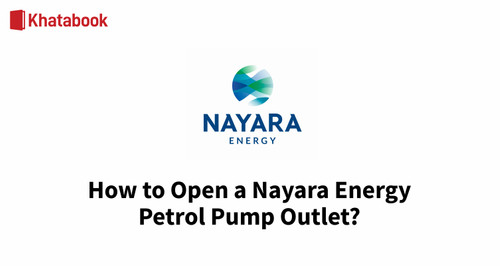 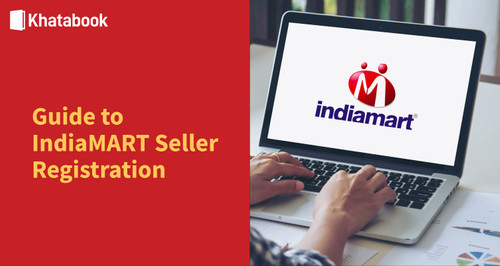 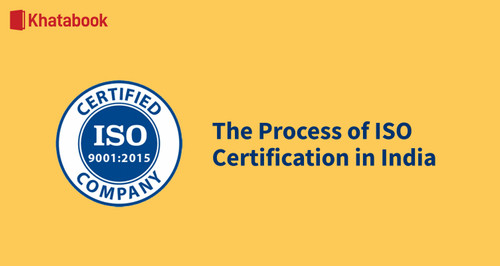