An Employee Stock Ownership Plan is a wonderful tool for corporate proprietors to exploit the full potential of their business and put it to the next stage. It's usual for startups to glance at other firms in comparable areas and try to replicate their success. Suppose you've surpassed your startup stage and can scale up your company to handle a larger crew. In that instance, you should think about creating an ESOP scheme.

In accordance with IRS code 4975(e) (7), an ESOP is a type of retirement plan. In 2013, there were approximately 11,000 ESOP companies with over 1 crores employees, according to the National Centre for Employee Ownership (NCEO).

The Employee Stock Ownership Plan is a scheme in which workers of a firm are typically granted the ability to purchase the stock of the firm where they are working. In some circumstances, the overseas holding/subsidiary business also gives similar plans to the Indian partner firm's workers. Employees have some privileges, such as share options, under this kind of plan to obtain shares of the firm for nothing or at a reduced rate, at a stated amount, or using a predetermined process. You can fix the cost, as opposed to the possible market pricing.

How does an ESOP work?

How does an ESOP work? When a firm decides to establish an Employee Stock Ownership Plan, it must first establish a trust to donate either new stocks of the firm share or cash to purchase an existing share. Payments to the trusts are eligible for tax deduction up to a specified amount. The shares are subsequently assigned to every single employee's portfolio. The most typical allocation mechanism depends on pay, length of experience, or both. An employee at least spends one year in the firm, and then these new workers typically join the program and begin earning allocations.

Employee interests in an ESOP must mature before workers are eligible to claim them.

Workers who are part of the ESOP should get their equity whenever they change jobs. Private enterprises repurchase shares from the leaving employees at a current market value between the 60 days of their leaving. To compute the value of shares, private firms must conduct a yearly stock valuation. When several long-term workers leave the firm, and the share price has increased significantly, the corporation must ensure that it has adequate funds to cover all share buybacks.

Also Read: Can A Government Employee Run A Business In India

Why Company Offers ESOPs to Their Employees

Why are ESOPs given? Usually, the stock grants are given as a gift for the employees of a corporation for a myriad of purposes.The phenomenon of stock grants is more common in startup organisations that cannot possibly pay large wages to their staff but are eager to share the firm's potential success.

ESOPs From an Employee’s Perspective

The stock option is a component of the employee remuneration package in these kinds of instances. Furthermore, in certain situations, the company grants stock options to the employee so that he can activate at a later date/s to assure the worker's long-term commitment. So, in addition to providing monetary benefits to employees, ESOPs foster a feeling of attachment and responsibility among staff.

It is taxable in two steps. The first step occurs when the worker exercises their option to purchase the stocks at the exercise cost. The stocks are eventually sold in the second step.

Let us start with the first step. When someone wants to exercise ESOP choices, the gap between the option contract and the worth of the asset is well thought-out as a prerequisite in the worker's hands. The employer must reduce tax at source from the worker who exercises the option, recognising it as a privilege. In case of trading shares in any stock market, the value of the investment assigned to the worker shall be the mean of the current price on the day the choice is sold.

Let us look at the second step of ESOP tax, which occurs when the employee sells the shares. The transaction will be subject to capital gains tax. The profits might be long-term or short-term, based on how long the worker has owned the stocks. The holding term required varies depending on whether the assets are listed or unlisted. If listed shares are held for longer than a year, they will become long-term. Following 3 years, unlisted shares turn to long-term. As per the current budget three-year timeframe is reduced to two years.

Benefits of ESOPs for the Employers

One of the advantages of Employee Stock Ownership Plans is the tax incentive that workers receive. Employees will not have to pay taxes on their payments to an ESOP. Workers are only taxable when they get a dividend from their ESOP after retiring or whenever they leave the firm in any other way. Capital gains fall under ESOP taxation when they increase over time. When they want to obtain money allotment before attaining the standard retirement age, they have to pay a 10% charge.

Employee engagement and participation are greater in firms that have an ESOP in existence. It raises workers’ knowledge by giving them the ability to impact service and product choices. Employees can view the overall view of the organisation's future ambitions and offer suggestions on the path the company should follow. An ESOP also enhances worker self-assurance in the firm.

Positive Outcomes for the Company

Employee share programs not only help employees but also reward the firm. As per the Nationwide ESOP Comparative Evaluation undertaken by Rutgers University, the use of ESOP is resulting in a 2.4% rise in yearly sales volumes, a 2.3% rise in yearly employment growth, and an enhanced chance of firm survival. Better organisational performance raises the firm’s cost of capital and, as a result, the balance in every employee's ESOP portfolio.

Problems Related to ESOPs for the Employers

Employees who participate in an ESOP pool their retiring resources in a single firm. This lack of variety goes adjacent to the spending speculation tenets that advise people to invest in various firms, sectors, and regions. Worst, the employees invest their money in the same corporation that pays their salary, bonuses, security, and other perks. If the firm goes bankrupt, the employee loses both their salary and their assets.

Also Read: What is Full and Final Settlement Process in Payroll

In the design of the Employee Stock Ownership Plan, the new workers have fewer limits. Workers who registered in the program early profit from the deal's continuing contribution, which gives them more electoral power. It's not the case for newer staff, which even self-doubt business, may not accumulate lots of assets as long-term employees. As a result, newer workers have less opportunity to participate in major decisions at yearly general meetings and other platforms.

Shareholding in an Employee Stock Ownership Plan is unprofitable, which means that every share's proportion of control is trimmed down. As new employees join the firm, they become a part of this program. This decreases the aggregate proportions of shareholdings by elderly plan participants. The dilution also affects casting power; because workers who have a lot of electoral power have many shares eventually wind up with less voting power once new employees enter the plan.

Finally, we’d want to emphasise that ESOPs are a great inducement for employees to invest their heart and spirit into a company. Nevertheless, the granting of choices does not guarantee that the worker will stroll out of that company with huge amounts of money in his savings account, and employees have to understand this fact.
Follow Khatabook for the latest updates, news blogs, and articles related to micro, small and medium businesses (MSMEs), business tips, income tax, GST, salary, and accounting.

Q: What changes occur to the ESOP plan when an employee resigns?

Assume an employee gets let go before reaching retirement age. In such a situation, people can either withdraw the vesting parts of their retirement funds into a normal account or collect the cash in equal increments over several years.

Q: Who qualifies for an ESOP?

Except for CEOs and founders of a firm who own more than 10% of the company's ownership, all employees are eligible for ESOP.

Q: Do ESOP firms have to pay taxes?

While every business is subject to government taxes, ESOP stockholders are free from certain taxes. Even if a business pays taxable income on its revenues, it still owes similar taxes to the federal and provincial governments.

Q: How are ESOPs calculated?

The ESOP's worth is determined by the amount of the firm’s stock, the discount cost, and the number of shares that an employee may acquire. 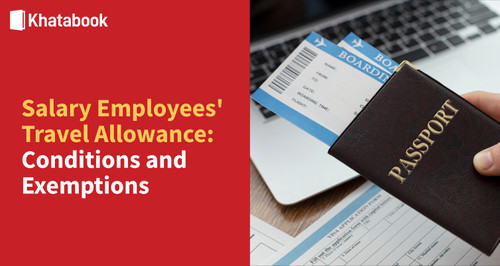 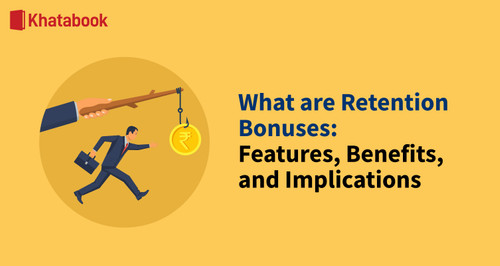 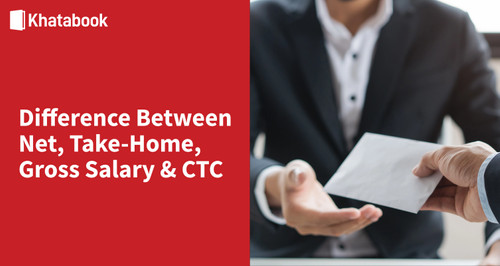 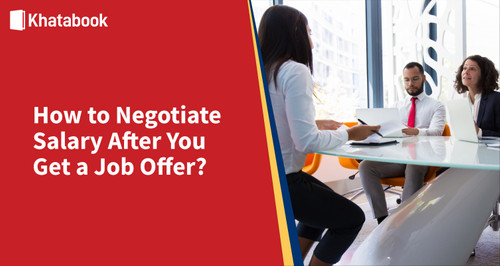 How to Negotiate Salary After You Get a Job Offer? 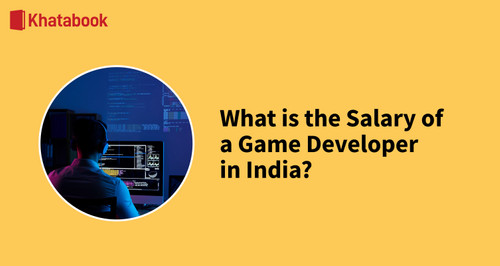 What is the Salary of a Game Developer in India? 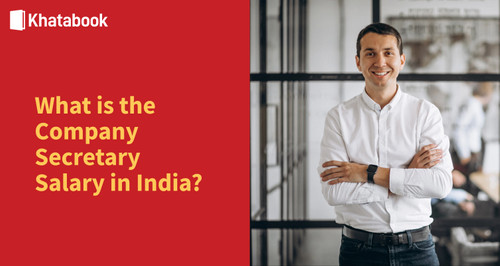 What is the Company Secretary Salary in India? 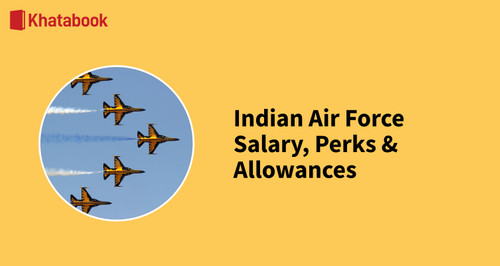 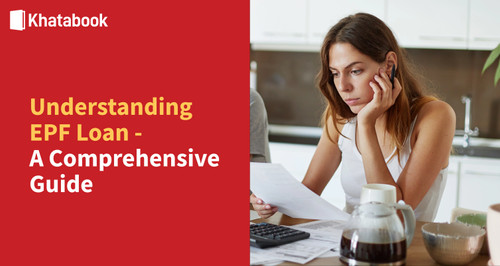 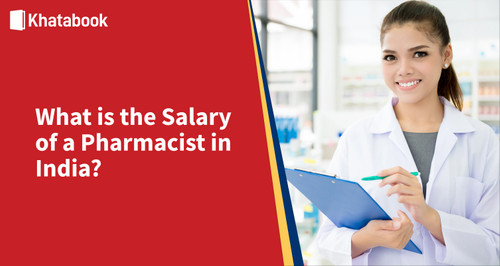 What is the Salary of a Pharmacist in India?