As per the Payment of Bonus Act of 1965, a minimum bonus of 8.33% of salaries is required to be paid to the employees. All factories and other establishments employing twenty or more workers are subject to the Act. According to this act, the salary meeting eligibility criteria are Rs 3,500 per month, with the bonus payable to employees whose earnings or salaries do not exceed Rs 10000 per month being computed as if their salary or wages are Rs. 3,500 per month. Under the Industrial Disputes Act of 1947, the Central Government is the proper authority for the industries/establishments for which it is responsible.

What is the Bonus Payment Act?

The Payment of Bonus Act, 1965, is a fundamental law in India that governs the system for awarding bonuses to employees. Every factory and enterprise that employs at least 20 people on any given day throughout the accounting year is subject to the Bonus Payment Act. If the number of employees falls below 20 later, the enterprises covered by the Act must continue to pay the incentive.

The purpose of the Bonus Payment Act of 1965 is to govern the amount of bonus to be paid to employees in businesses based on profit and productivity. The act applies throughout India to all establishments with twenty or more employees on any given day of the year.

What exactly is a bonus?

A bonus is a monetary award given to an employee for their commitment to the company. The primary goal of the bonus is to distribute the organisation's profit among its employees and staff members. Many organisations utilise bonus pay as a thank-you to employees or a team that achieves important goals. Employee morale, motivation, and productivity are all boosted by bonus compensation. When a corporation connects bonuses to performance, it can motivate individuals to achieve their objectives, which, in turn, helps the company achieve its objectives.

The Bonus Act (Payment of Bonus Act) has the following goals:

The Bonus Payment Act applies to establishments that fall under any of the following categories:

Forms & Register Under The Act

When is the employee eligible for the bonus?

Employees who earn not less than Rs 21,000 per month and have worked for at least 30 days in a calendar year are eligible for this bonus. Every employee will be entitled to be awarded a bonus by his employer in accordance with the requirements of this Act if he has worked in the establishment for at least 30 working days during the year.

When an employee is not entitled to a statutory bonus, but the company still wants to share the incentive, it might be provided as an 'ex-gratia' or favour.

Previously, the maximum bonus paid was 20% of the monthly salary, or Rs 3500. The minimum bonus payout was set at 8.33% of Rs 3500 per month, or Rs 100, whichever was greater. The monthly calculation ceiling of Rs 3500 has been increased to Rs 7000 as per the Payment of Bonus Bill passed in 2015, “or the minimum salary for the scheduled employment, as determined by the competent Government” (whichever is higher). As a result, depending on the organisation's success, the cost of bonus payouts could be doubled.

The highest of the two is used to compute the maximum bonus:

Allocable surplus is defined as:

Section 194 of the Income Tax Act 1961 allows a corporation (other than a banking firm) to retain 67% of its available surplus if it does not make arrangements for dividend distribution. In all other circumstances, 60% of the available surplus is required. Sections 5 and 6 of the Bonus Act are used to calculate the available excess.

Calculation of Bonus as per Bonus Act (Amendment of 2015)

Bonuses are payable if your employees' gross earnings are less than Rs.21000. The bonus will be calculated as follows:

3.  As per the amendment of the Bonus Act, employees with a salary of more than Rs 21,000 do not receive a bonus. This is because this amount has been established as the maximum limit for getting a bonus.

Payment of the minimum bonus may be waived in specific instances by the competent authorities, taking into account relevant conditions of a particular factory or business that is losing money and may be given for a limited time only. The losses to the company and its causes consecutively are needed to be taken into consideration. The variables must be reasonable, and there must be no desire to dodge bonus payment by inflating losses. This means that even if a company faces loss, they are liable to pay a bonus.

The payment of bonus act will not apply to the following section of employees:

Is there any benefit to new establishments?

A new company selling goods or services is only liable to pay a bonus when they are making a profit in respect to the first five accounting years. In simple words, if the company doesn’t make a profit in the first year, they are exempt from paying a bonus.

The Act stipulates that all incentive payments be given to the employees in cash form. It is also stated that bonuses should be distributed to employees within 8 months of the accounting year's end. The exception case is an ongoing case of a dispute regarding the bonus payment with the respective authority (under the Industrial Disputes Act). However, if the issue is not settled within one month of the date, it’s enforceable, or the settlement comes into effect.

In the event of fraud, indecent behaviour at work, theft, misappropriation, or sabotage of any establishment property, the organisation reserves the right to prevent the employee from receiving the annual bonus. Before disqualifying the bonus payout in any of the instances above, the employer must ensure that domestic investigation procedures, adequate documentation, and employee admission of the misbehaviour are followed.

The government established the Payment of Bonus Act of 1965 to ensure that employees receive a fair part of the company's profits. The government has made it necessary for firms to offer a bonus to their employees yearly. It permits employees to earn more than the organisation's minimum salary. Employers can set the bonus rate based on the performance of their staff.

We hope we have been able to impart adequate information regarding the bonus calculation 2021.

Q: How does the disqualification of bonus payments work?

Employers can refuse to pay bonuses to employees who have engaged in misconduct, absenteeism, or fraud. Employers must also confirm that the process of domestic inquiry, suitable paperwork, and employee acceptance of wrongdoing is following the standing instructions before disqualifying the bonus payout

Q: What are the requirements for new businesses or start-ups regarding the bonus act applicability?

Start-ups and new businesses are free from bonus payments for the first five years under the statute. Employers are only allowed to give statutory bonuses in the year in which they make a profit following the start of operations.

Q: How do we handle bonus payments if an employee leaves the company before the end of the fiscal year?

Bonuses must be paid to the employee on a pro-rata basis as part of the settlement when they leave. If the bonus percentage is later increased due to greater profits, the difference in the bonus amount must be remitted to the employee, or a cheque must be given to the employee before November 30th of that year. This must be done since any sum owed to an employee that is not paid will appear on the liabilities side of the employer's balance sheet and will be considered non-compliance.

Q: Should we give contractual staff a bonus?

No, it is not the employer's prerogative to offer bonuses to the contractors that work for him or her. The vendor who has outsourced the personnel has the bonus burden. When the vendor is unable to pay the bonus, some companies provide a bonus to their contractors as a gesture of goodwill. This is regarded as ex-gratia or favour rather than a bonus. It is up to the employers’ decision in these scenarios; they are not legally obligated to give bonuses to their contractors. What is Full and Final Settlement Process in Payroll 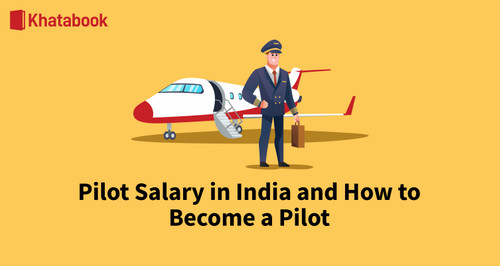 Pilot Salary in India and How to Become a Pilot All About Special Allowance - its Taxation & Calculation in India 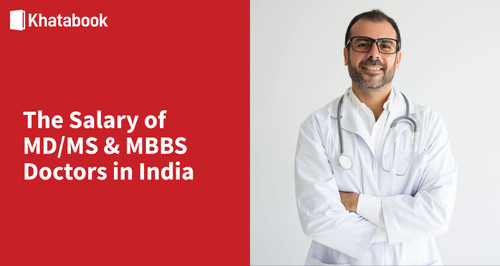 The Salary of MD/MS & MBBS Doctors in India