The Act mentions in full detail the framework of how the central government would implement and also collect the GST on the supply of goods and/or services between states. Most of the provisions are in force from February 1, 2019; and they are applicable from July 1, 2017 – with retrospective effect. Now we will take a look at some of the main amendments:

Under the previous CGST Act, 2017, taxpayers who had a yearly turnover of up to Rs 1 crore, need to pay GST on the turnover, instead of the value of the goods and services. But under the provisions of the GST Amendment, the government has raised the ceiling on this amount. The increased limit is Rs 1.5 crore.

Under the existing Act, only the restaurant service suppliers (among service suppliers) could come under the Composition Scheme. But this GST Amendment has made other service suppliers eligible as well; subject to the condition that the worth of these services will be less than or equal to 10% of their turnover in the previous financial year, and that too within the state; or Rs 5 lakhs – whichever is lower.

It might happen that an unregistered (under GST) person supplies goods or services to a registered person. In such a case, the goods and services will be taxable under Reverse Charge, but the charge will be applicable only on those goods and services which the government will notify. Thus, the coverage of this section after the GST Amendment is low.

Under the CGST Act 2017, a person could not take multiple registrations for the same business vertical within the same state. He/she could do so only if there were different business verticals. But under this GST Amendment, businesspersons can opt for multiple registrations for the same business within the same state. Each such registration will be considered a separate person. Also, if someone has a business unit in an SEZ (Special Economic Zone), then the businessperson needs to register separately for this particular unit. Under the existing Act, it was mandatory for e-commerce businesses to register under GST. After the Amendment, however, it is mandatory only for those who collect payment and additional tax at source (which is <= 1% of value).

The Act requires any businessperson, whose turnover exceeds Rs 40 lakhs per annum, to register under its provisions if he/she supplies goods, or Rs 20 lakhs if he/she supplies services. The threshold, however, was Rs 10 lakhs for states coming under a special category, except Jammu & Kashmir. But with the GST Amendment, this limit has gone up to Rs 20 lakhs for Arunachal Pradesh, Himachal Pradesh, Meghalaya, Assam, Sikkim & Uttarakhand. The Amendment also has a provision, whereby the GST council can raise the ceiling to Rs 20 lakhs for the remaining states under a special category.

Under the existing Act, Input Tax Credit (ITC) was applicable to motor vehicles and other modes of conveyances – provided, they were being used for specific objectives, including goods transportation.

The Amendment, however, makes a clear distinction between motor vehicles (who can seat a maximum of 13 people) and vessels & aircraft. The Amendment mentions that only vessels & aircraft can avail of ITC for transporting goods. It also specifies that employees who get travel benefits like concessions on leave or on home travel, can’t avail of ITC – unless the employer is mandated by law to offer these benefits.

The Amendment has introduced a new provision. Under this, persons registered under GST, can validate, edit or even delete the details of supplies registered by registered suppliers, in their returns. Also, certain categories of registered persons can go for a quarterly return filing system.

Under the existing Act, in the event of receipt of excess tax, or return of supplied goods or services, a registered supplier had to separate debit or credit notes to the recipient for every single invoice. But under the GST Amendment, a supplier can issue a consolidated note for more than one invoice.

If the businessperson transports goods to a place outside of India, then the Act considers the place of supply to be the final destination of the goods. Hence, such goods didn’t come under the purview of GST. Also, under Section 13 of the existing Act, there was a provision – whereby, if goods were temporarily imported to India for carrying out repairs and the businessperson would export the goods back after completing the repairs, then the job work services on these goods don't attract GST.

However, as per the Amendment, any kind of treatment or processing of such goods (not limited to only repairs) will enjoy the same tax exemption benefit. Thus, the GST Amendment has widened the exemption net.

To conclude, the whole intention of introducing GST was to simplify the tax procedure & minimize evasions. The concept is continuously being fine-tuned to make it more business-friendly. This Amendment is another step towards that goal.

Disclaimer :
The information, product and services provided on this website are provided on an “as is” and “as available” basis without any warranty or representation, express or implied. Khatabook Blogs are meant purely for educational discussion of financial products and services. Khatabook does not make a guarantee that the service will meet your requirements, or that it will be uninterrupted, timely and secure, and that errors, if any, will be corrected. The material and information contained herein is for general information purposes only. Consult a professional before relying on the information to make any legal, financial or business decisions. Use this information strictly at your own risk. Khatabook will not be liable for any false, inaccurate or incomplete information present on the website. Although every effort is made to ensure that the information contained in this website is updated, relevant and accurate, Khatabook makes no guarantees about the completeness, reliability, accuracy, suitability or availability with respect to the website or the information, product, services or related graphics contained on the website for any purpose. Khatabook will not be liable for the website being temporarily unavailable, due to any technical issues or otherwise, beyond its control and for any loss or damage suffered as a result of the use of or access to, or inability to use or access to this website whatsoever.
Popular Searches
GST History | Handicraft Business | Saree Manufacturers | Wholesale Market in Jaipur | Best Franchise in India | GST Number Format | Tally | Cold Storage Business | TCS Under GST | Epfo Mobile Number Change | Food of Meghalaya | Haldiram Franchise | GST Council Members | Debtors Turnover Ratio | Trading Business Ideas | DRC 03 | Clubbing of Income | Dropshipping in India | Neft Meaning | Lta Full Form | Dr Lal Pathlabs Franchise | Termination Letter | GST Bill Format | Plastic Recycling Business | Distributorship | Salary Slip | E Invoicing Limit | Low Investment Business Ideas | Functions of Hrm | Manufacturing Business Ideas in India | In Hand Salary Calculator | Cement Company in India | World Best Business Opportunity | Agro Based Industries | Types of Gst Returns | ESI | Types of GST | Small Scale Industries | Primary Sector | Burger King Franchise Cost in India | Cost Sheet Format | Non Biodegradable Waste | UPI Transaction Limit | Profit and Loss Account | Gst Late Fees Calculator | Trial Balance | Double Entry System | Gst Certificate Download | Mahagst | GST Search by Pan All About MAHAGST - Online Portal for GST in Maharashtra 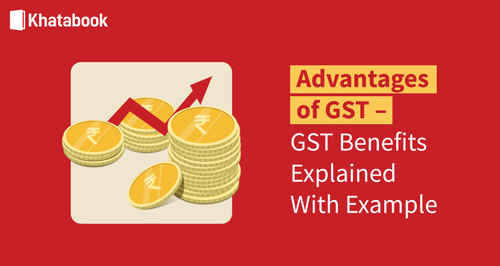 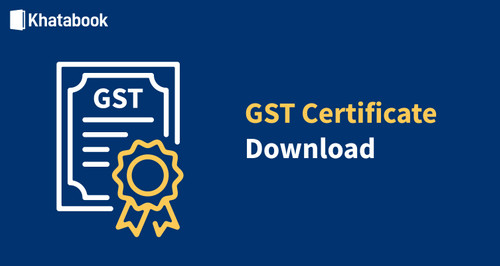 Format and Requirements of Consent Letter For GST Registration What are Direct and Indirect Expenses?