Impact Of GST On Car Prices And Other Automobiles In India

In India, the automobile industry has a significant market for bikes and cars because of its large population. The slightest changes in the Goods and Services Tax or GST affect automobiles' final price, therefore, affecting anyone who wants to purchase a vehicle. With the implementation of GST, which is a single tax, the GST impact on the automobile industry has been positive. Automobile dealers can now claim the Cess and Value Added Tax or VAT paid as Input Tax Credits or ITC as its benefits. Thus, the final price of cars has been reduced in the new tax regime. And one can even see luxury cars becoming common on the roads because of this. Electric vehicles also have received a large subsidy providing the impetus for the growth of the sector.

Effect of GST on automobile industry

Implementation of GST has helped the growth of the automobile sector. In the pre-GST regime, there were working capital blockages due to added regulation. The cascading tax effect and the requirement of large amounts of credit affected the automobile industry significantly. However, the tax reduction in GST on cars has positively influenced this industry.

Over the last year and a half, the automobile industry has seen the short-term demand fall, moving away from luxury items, including cars, because of the COVID-19. There is lower manufacturing output, exiting unprofitable markets, unsold idle inventories and reduction of the total GST from the automobile segment. The FY 2020-21 has been challenging, and some experts expect a tax rate rationalisation or waiver to help boost one of the largest contributors of GST to the government soon. So, let's understand the factors influencing the automobile industry in the pre-GST and post GST and evaluate the GST impact on car price.

The Pre-GST Impact on Automobile Industry:

Here’s how the pre-GST impact on car prices can be explained:

Thus, other than losing out on the accumulated GST amounts, the pre-GST taxation structure was very high, i.e., the tax had to be paid at every stage of the production until sold to the customer. So the customer had to pay tax on the already paid tax. This lead to customer dissatisfaction, a burden on the manufacturers, dealers and OEMs. The post-GST tax structure is very rational and is well-categorised to bring more used-car dealers and car parts dealers into the taxpayers net while providing an overall lower GST taxation structure.

Advantages of the GST structure:

With respect to interstate sales, credit couldn’t be claimed to pay the output VAT. This issue was resolved with the GST Act, which provides for Input Tax Credit or ITC on the inter-state sale of services and goods. This led to a considerable cost saving and the elimination of CST. Even ITCs on rent, promotion, advertisement, etc., can be claimed to lead to the operating costs rationalisation. Take a look at the pre and post GST rates to check these facts.

The rates and types of taxes on taxes on SUVs and passenger cars are as below:

Reduction in tax rates: Cars are now divided into 5 GST categories as given below.

Over and above the GST rates, owners of cars must also pay Cess rates as below:

The Post-GST regime has rationalised the taxes in the automobile segment, causing a huge effect of GST on the automobile industry, which has been briefly summarised below:

Disadvantages of GST on automobiles:

There are certain disadvantages of the GST rate on cars as well, such as. They are:

Warranties and Vouchers: These block the working capital as the GST charged on warranties and vouchers for after-sales service issued to the customer remains blocked till redemption.

Discounts: The automotive industry is famous for seasonal discounts and post-sales dealer discounts as promotional schemes. Such discounts were not linked to the invoice value hence, creates issues in taxation. Discounts will now not be included in the supply value provided they agree before or at the time of supply.

Insurance and Ancillary services: A major point of litigation is the lack of directives on the trend of manufacturers and automobile dealers under the GST regime, charging amounts for accessories, insurance, and other ancillary services. These are confusing when there are differential rates of taxes for mixed supplies and composite supplies.

Cess: The cess levied is relatively high and has the effect of negating GST taxes in the automobile segment.

The rates and GST effects on cars are customer-friendly for the end-users using small cars like the Datsun Go, Santro etc., as they charge a low 1% Cess above the reduced 18% GST. Scooters and bikes with engine capacity between 150 to 180cc now have 18% GST plus a 3% Cess. The heavier bikes with 350 to 500 cc capacity like the Enfield 500CC and Harley Davidson now have a GST rate of 28% plus 17% Cess. Luxury and large vehicles like aircraft, personal jets, yachts etc., will be charged 28% GST and 15% Cess. Along with these, warranties and complimentary services are now taxable.

The importance of GST compliance and the expanding network of automobile parts dealers, used-car dealers, etc., have stressed the importance of maintaining accounts and GST compliance. Khatabook is a useful app for all merchants and business owners who wish to simplify the process of maintaining accounts. We hope through this article, we have been able to convey the effect of GST on automobile industry.

1. Has the GST rate been cut for cars and automobiles?

Yes. The effective GST impact on car price for small and mid-size cars has been reduced to 18% from 28 and 39%. Luxury cars also have benefited with a GST of 28% versus the previous tax rates of 42% and 45%. The electric vehicles GST rate has been cut from 20.5 % to 12%! Thus the automobile and car segment and have got a huge boost with GST rates.

2. Has the GST rate been cut for automobile parts?

The GST effect on cars based on their categories post-GST is:

3. Is the GST paid on cars refundable?

Generally no. The GST paid on the purchase of an automobile is refundable as a credit only to car dealers in the travel business and those who buy and sell cars or automobiles.

4. Is GST added and calculated on the MRP?

The MRP or maximum retail price is the maximum price that includes the GST charged and calculated on any product. Cars, therefore, when sold in India, cannot exceed the MRP. If any retailer is charging and calculating the GST on the MRP, then the buyer should raise a complaint against the dealer with the GST authorities.

5. What is the formula to calculate the GST?

The GST formula is best calculated as

GST Amount = (GST rate into Original Cost) divided by 100 of the Net Price. 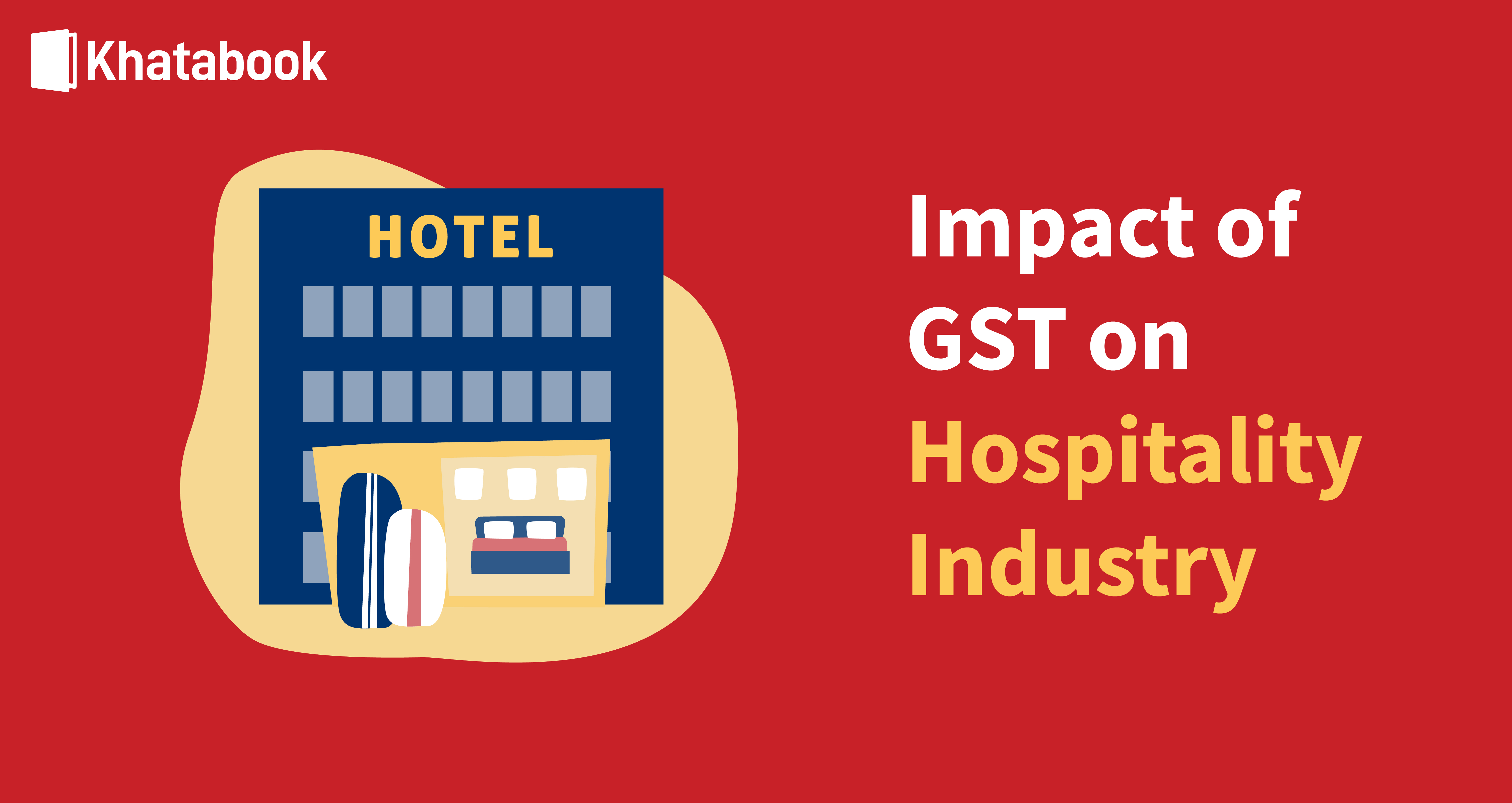 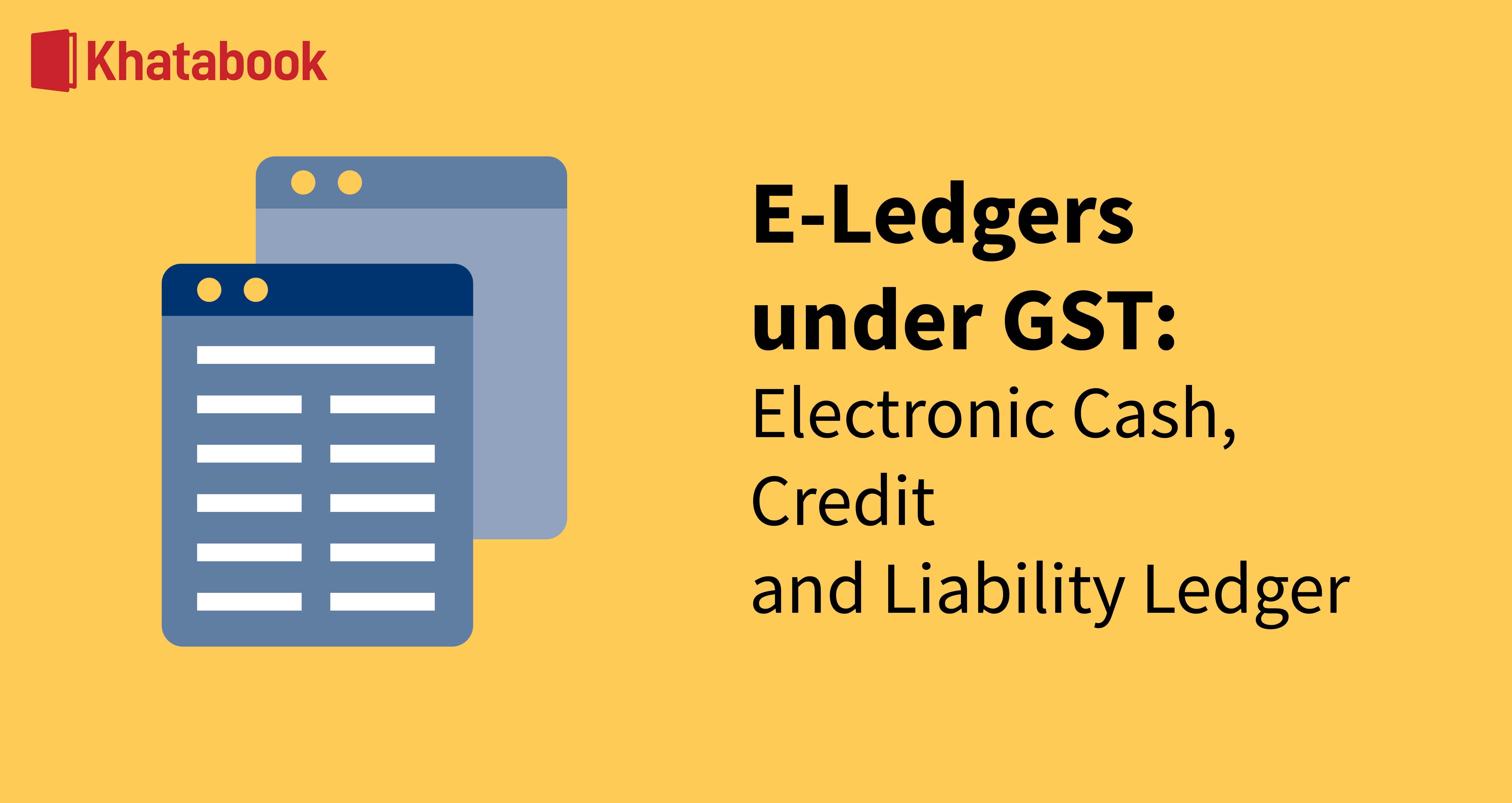 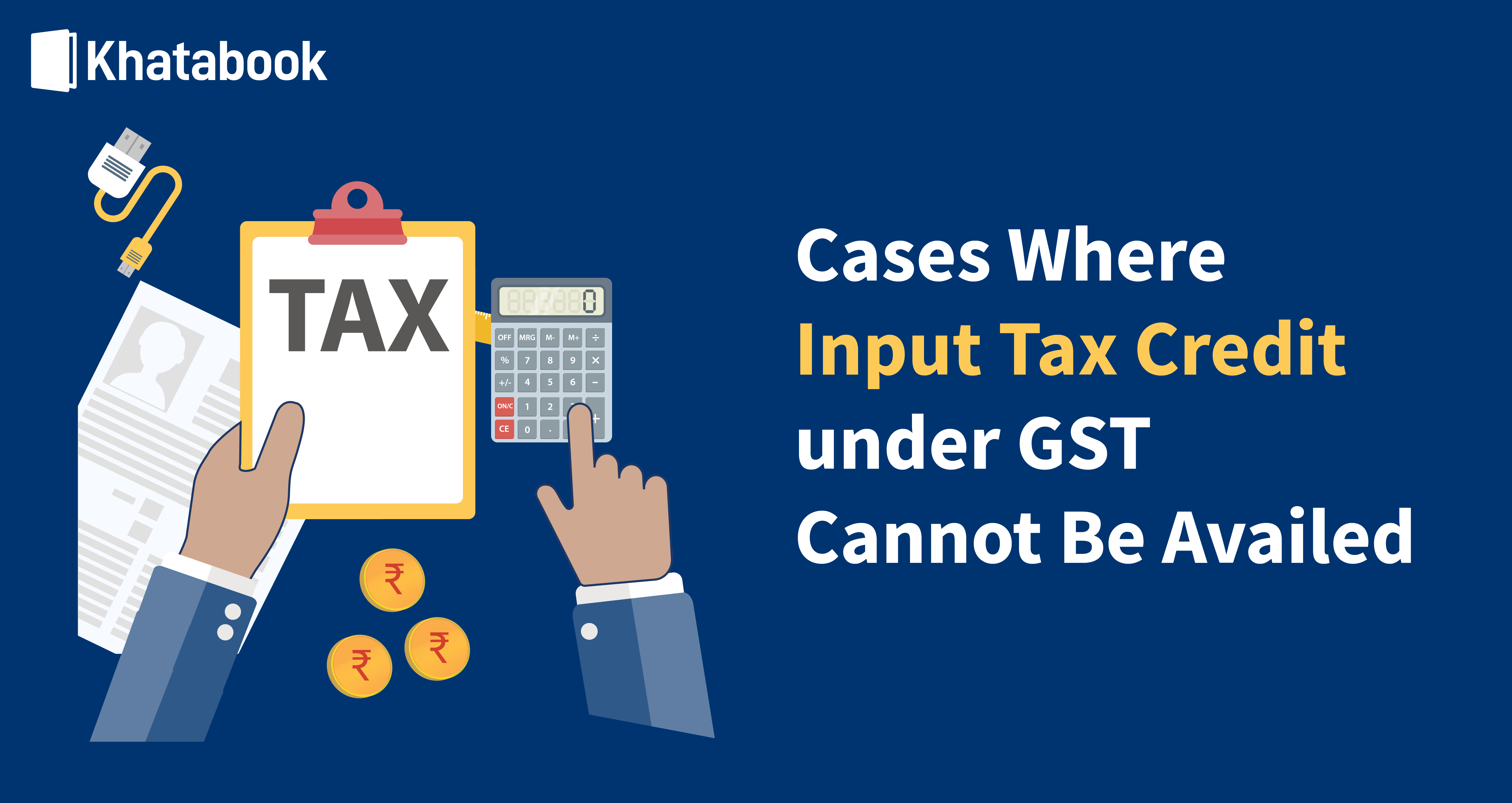 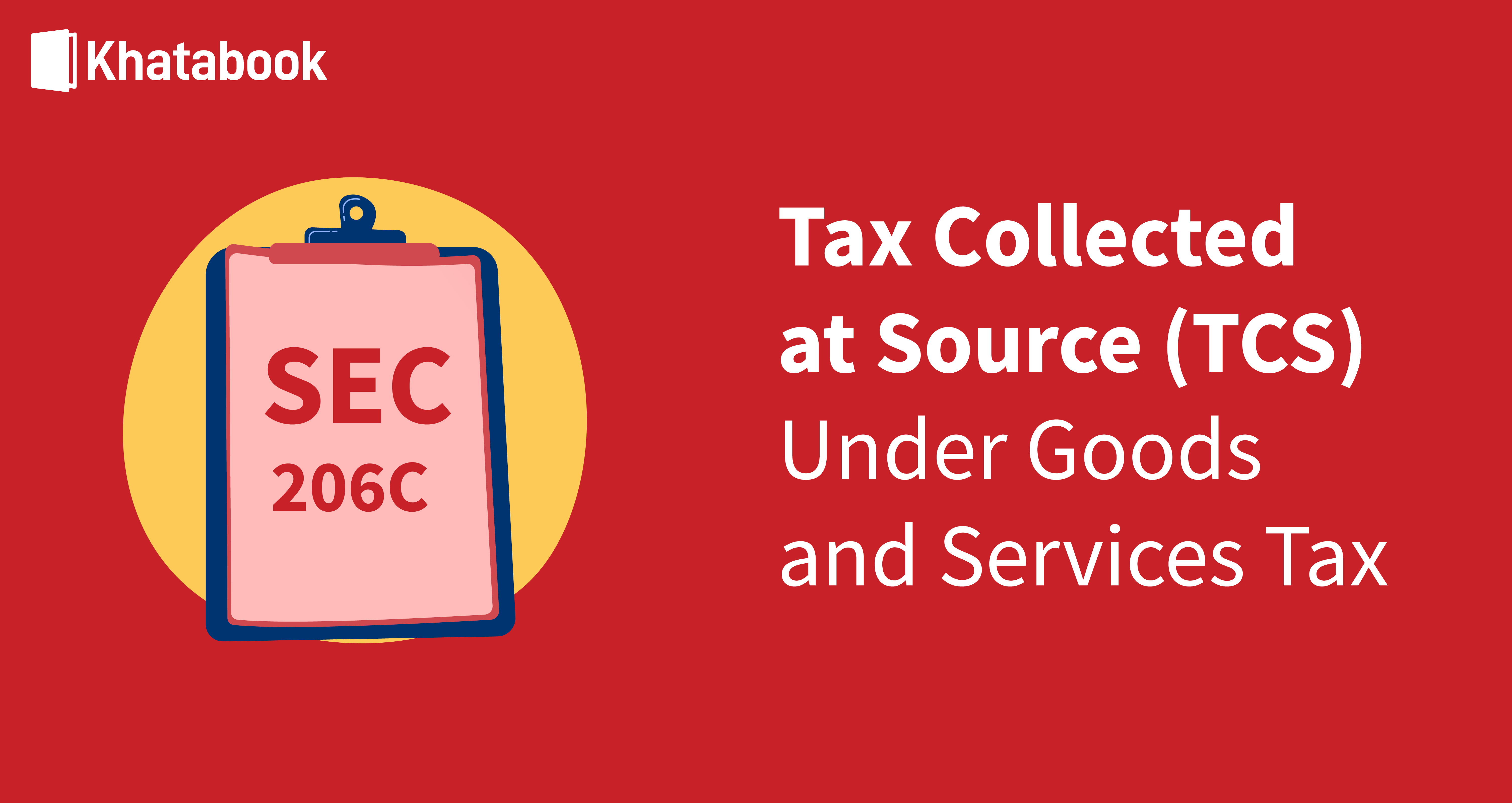 Tax Collected At Source (TCS) Under Goods and Services Tax 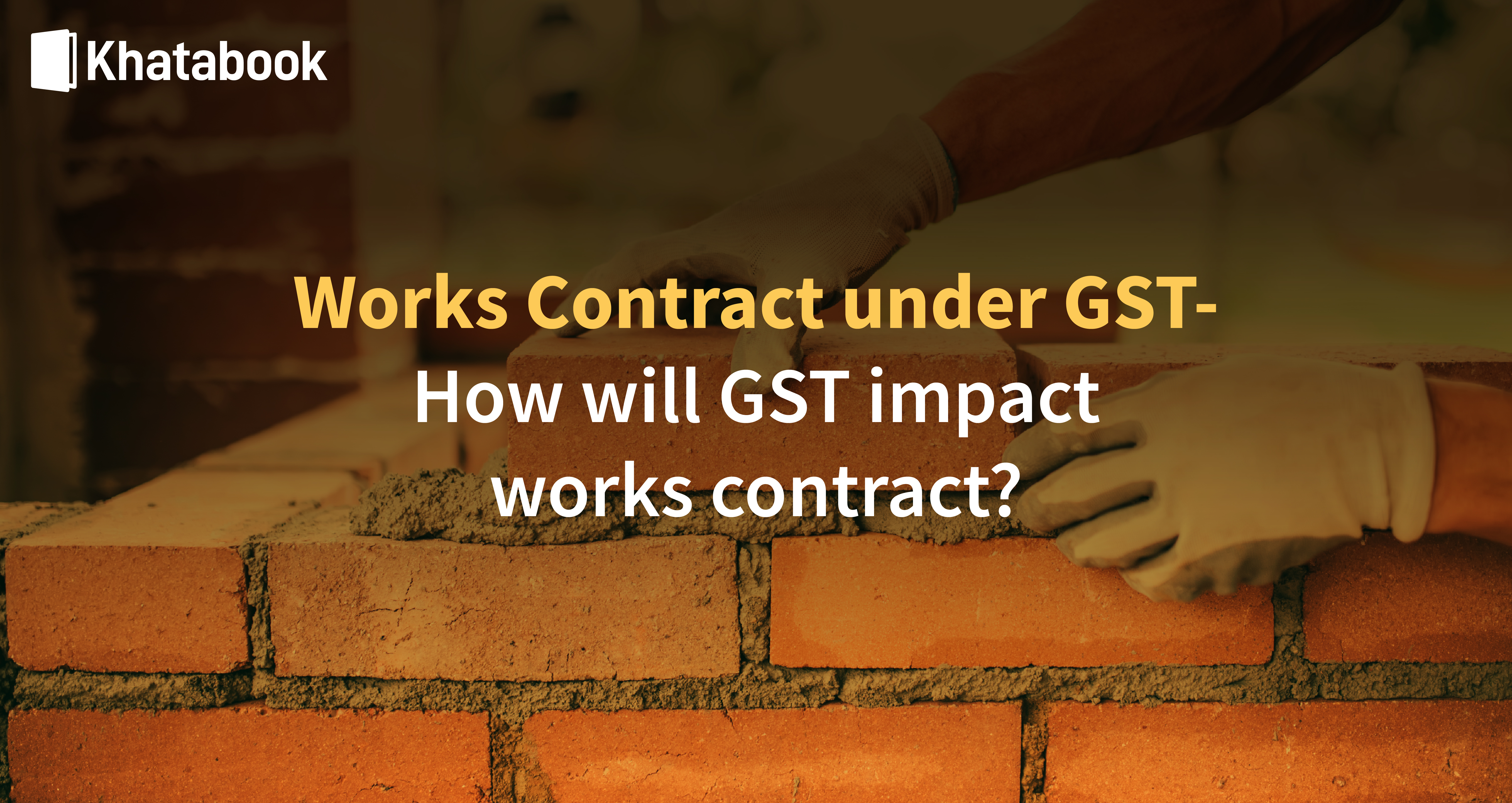 Impact Of GST On Works Contracts 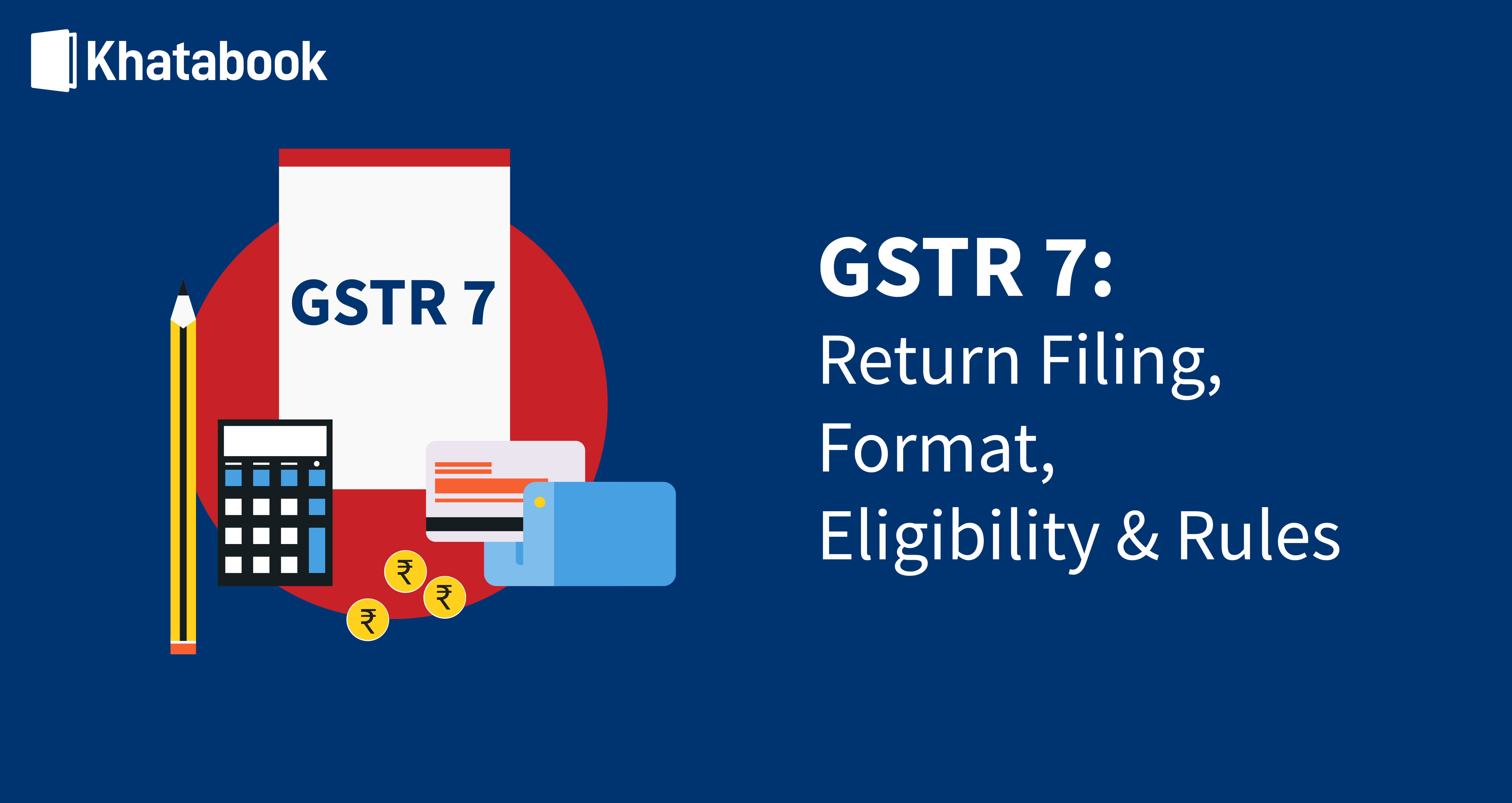 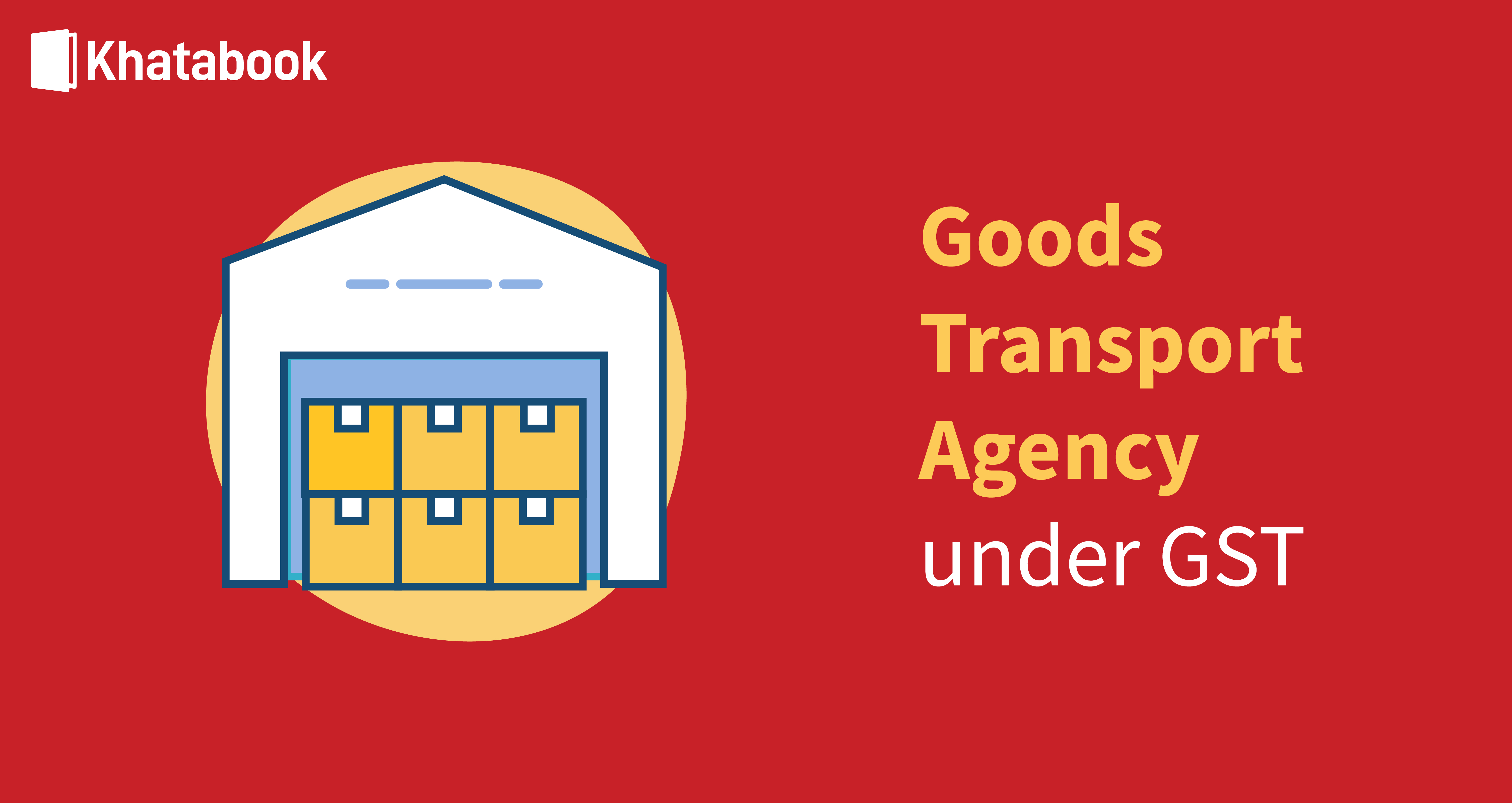 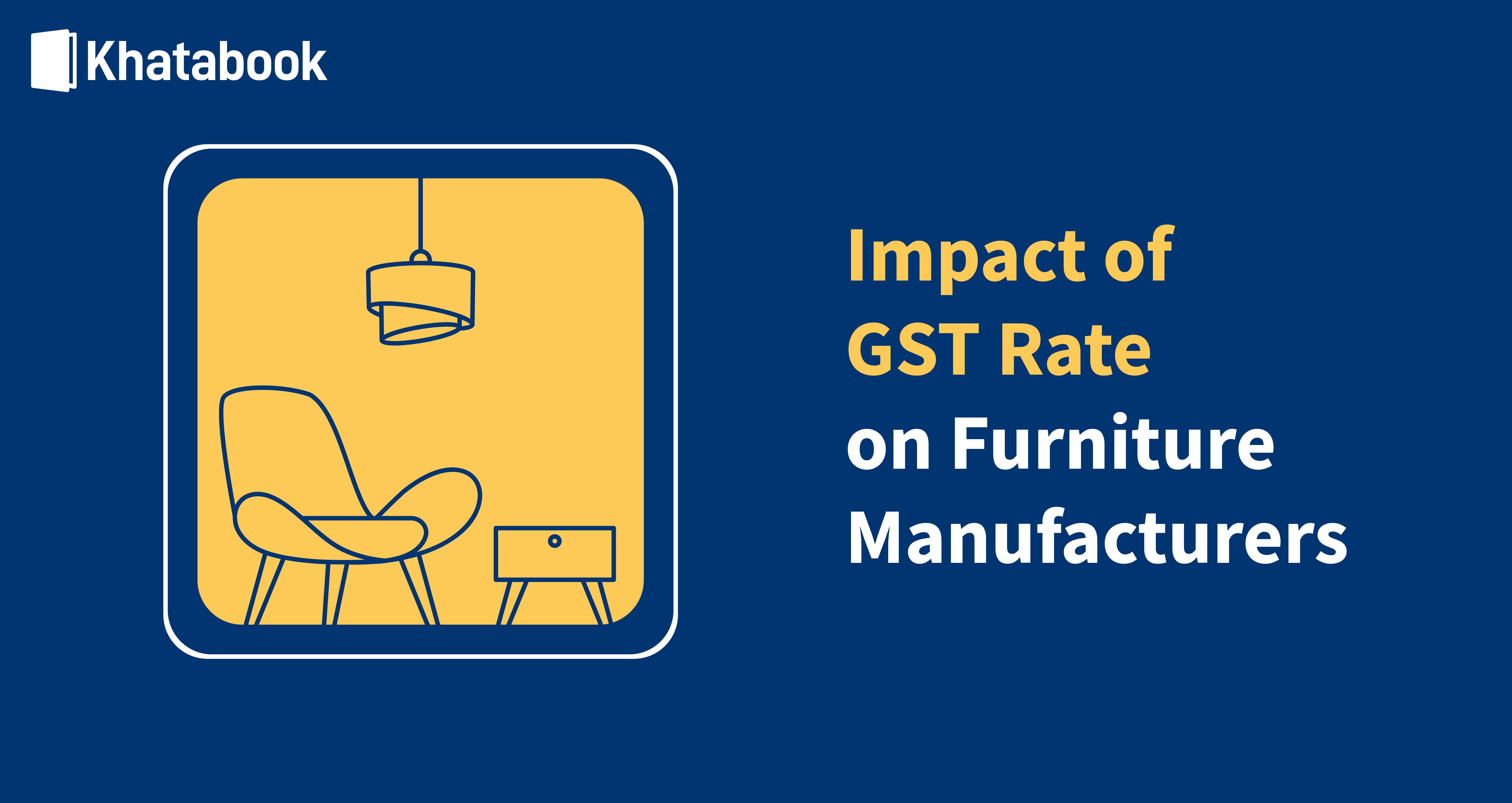 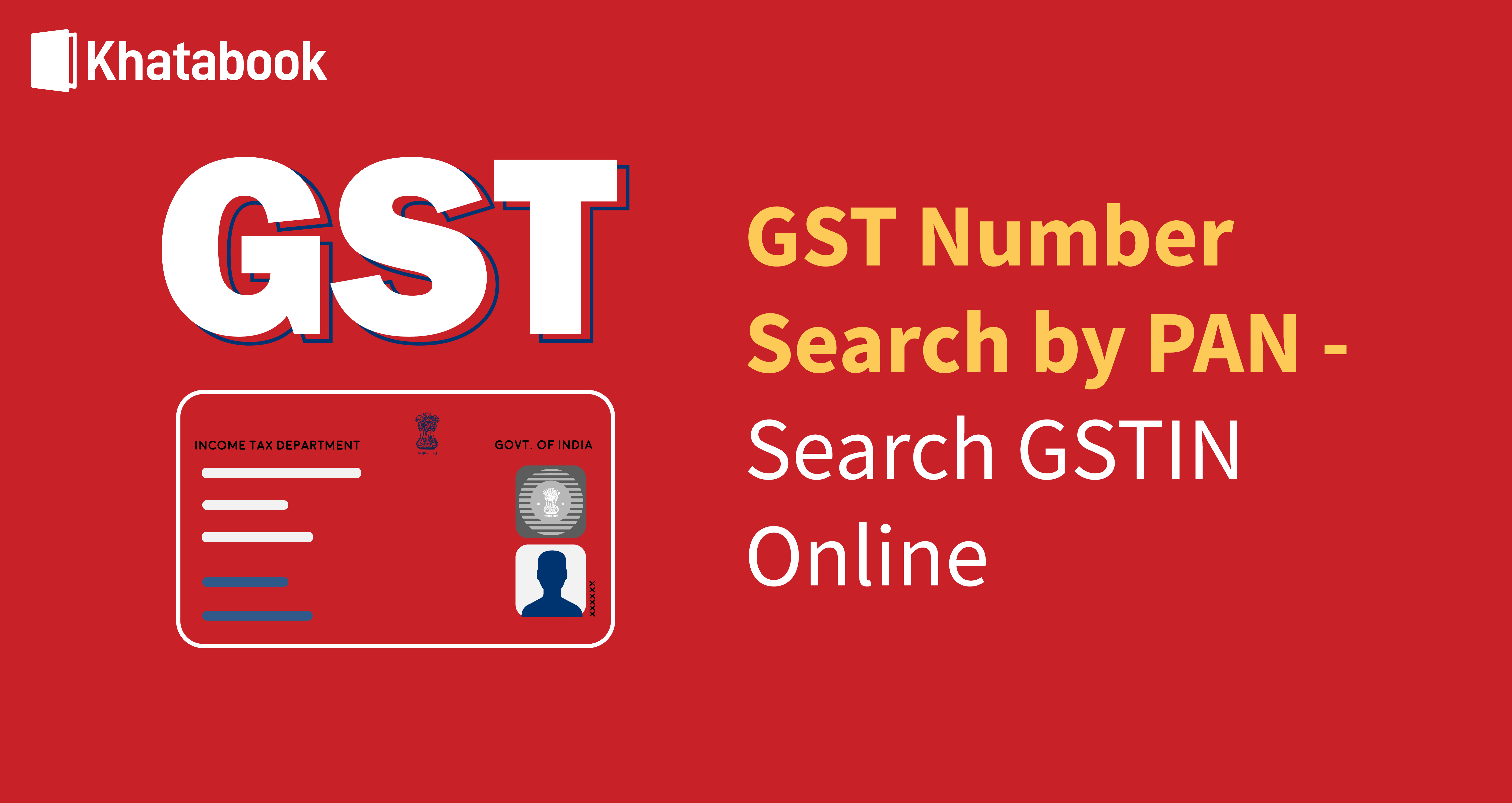 How to do GST Number Search by PAN?