A virtual payment address (VPA) is a numerical identifier linked to a specific account. Customers using Unified Payment Interface (UPI) services can create as many VPAs as they want for making and receiving payments. UPI allows all bank account holders to transfer funds instantly between multiple banks using their mobile phones.

A VPA ID is an ID given to the user to send/ receive payment using Unified Payment Interface (UPI). This UPI, in simple language, is like an email ID that will enable you to transfer money to another person with such ID.

To transfer funds, each UPI payment system user is assigned a VPA. It takes the place of the user's bank account information. VPA is a one-of-a-kind address that makes it easier for the UPI to work more securely. It enables users with accounts at various banks to transfer money easily over the internet. This approach is characterised by the fact that no bank account or net banking information is required.

What does VPA mean?

The Virtual Payment Address is another name for the UPI ID (VPA). The UPI ID is used to make payments in the BHIM (Bharat Interface for Money) and UPI Systems.

The 9 to 16 digit account number and the IFSC code are often far more complicated than your UPI ID. It is even easier than your email address. Apps frequently assign UPI IDs based on your phone number, making the process relatively straightforward. It's a mobile-based money transfer service.

What is a VPA?

A Virtual Payment Address (VPA) is a one-of-a-kind identifier that enables UPI to keep track of a person's account. It serves as an identification card that isn't tied to your bank account number or other personal information. Through a UPI-enabled app, VPA can be used to make and request payments. You won't have to enter your bank account information again if you're making multiple payments.

Also, VPA makes it possible for the UPI ID to be a user-friendly mobile-based app to transfer funds, making it better than IMPS, NEFT & card payments.

This address is primarily used to facilitate financial transactions through the UPI payment system. A bank account holder who also uses a UPI payment app must have a VPA address attached to their account to carry out transactions. VPA takes the place of bank account information.

This VPA can then be used to transfer funds seamlessly from one account to another without supplying any further banking information.

How to create a VPA ID?

Step 1: Firstly, download the UPI-enabled app on your mobile phone.

Step 2: Provide the bank information, contact details & other required information to be linked to the VPA ID.

Step 3: Create a unique ID, then select the ID as VPA ID.

Step 4: Link your bank account details with which you wish to link to the VPA ID selected in the previous step.

Step 5: Set your PIN to be used for authenticating the UPI transactions in the app. It is generally a two-step authentication, one at login to the app and the second at the time of transfer of funds.

Step 6: After setting your PIN and submitting other details, you will receive your VPA ID, which will appear as username@bankname. The bank determines the suffix of the VPA.

What is VPA in UPI?

A VPA (Virtual Payment Address) is an identification that may be uniquely linked to an individual account. UPI is a mechanism or service used to make or receive payments. VPA and UPI ID are the same thing. In UPI payments, a Virtual Payment Address is a unique identifier of a person or a business. Banks use it to make payment transfers possible.

What is VPA in Google Pay?

You can see the VPA or UPI ID at the top of the home page below your name in the Google Pay app. Google Pay uses your email ID to make VPA. So the VPA in the app would consist of an email id in the first half & the second half is the name of your bank.

What is VPA in UPI payment?

The  VPA is a component of the UPI Payment System. In UPI, a VPA is  an address used to identify a person or a business (for example, johndoe@oksbi). In reality, it's similar to having an email address for your money.

It's a one-of-a-kind identification that your bank employs while processing transactions. Customers and businesses can send and receive money instantaneously via UPI. To make the payment, the payer does not need to enter the recipient's bank account information.

Step 1: The first step after installing a UPI-enabled app is choosing a UPI ID for any subsequent transactions. Your name, the first part of your email address, or even your contact number can all be used as a VPA. This is to ensure that you don't forget it when it's time to use it.

Step 2: VPA can be used to log into a UPI-enabled app. Before you may conduct any UPI transaction, you must first link VPA to a bank account. Also, double-check that the mobile number you linked to your bank account is the same as the one you used to register for notifications.

Step 3: You must enter the valid UPI PIN created while registering with UPI after entering the VPA and the amount to be sent/received. This is a necessary validation to ensure that the correct person is carrying out the transaction.

Step 4: After this step, you receive the UPI transaction ID with respect to your bank.

The registration process to UPI is very easy for both payer and payee. The process is also not very tedious for registering a beneficiary/payee. It is simple to use, as any person can enter the intended VPA, the amount, and any further comments. The amount will be credited to your account as soon as the other party accepts the request and authorises the transaction. You can effortlessly register as a UPI user while travelling.

Even on bank holidays and weekends, you can make payment instantaneously by entering your PIN associated with the registered VPA address. This makes fund transfer available 24 x7 for the users.

Because the UPI platform does not transfer your cash to an e-wallet and instead retains them in your bank account, you continue to earn interest, whereas an e-wallet does not pay interest on the money placed.

When you pay with your credit or debit card during the purchase or at an ATM, there's a potential that your card and PIN will be duplicated, resulting in financial fraud against your bank account. In payment using VPA, funds will be transferred only when you enter the PIN you had set when installing the UPI app.

The UPI is a single platform that connects all of your bank accounts. You can create VPA for all of your other UPI-enabled bank accounts using a single bank UPI app. You can change your VPA at any time, provided your new VPA username is available. The fact that no two VPAs are the same further adds to the security of VPA.

Using VPA to transfer payments is the most cost-effective option. Many banks charge consumers for NEFT, RTGS, and IMPS services, whereas VPA transactions on the UPI platform cost the payer almost nothing. Furthermore, because UPI is based on the IMPS (Immediate Payment System) paradigm, funds can be sent quickly via UPI.

Some of the other advantages are –

VPA, just like other payment methods, also suffers disadvantages too. It should be ensured that whatever the payment method, you should carry it out with caution and due care to avoid financial losses.

UPI is a massive step forward towards making cashless transactions faster, q uicker, and more secure. The money transfers using VPA involve two-step authentications– first when logging in to the app, which can be either PIN or touch ID. Second at the time of making money transfers, where the user has to enter a UPI PIN. Until now, VPA transactions are made free  to end-user. According to reports, the implementation of UPI is a significant turning point in India's digitalisation. It's on its way to becoming a valuable replacement for mobile wallets.

1.   If I don’t use my VPA daily or periodically, will my VPA get lapsed?

No. Even if you don’t use the VPA for some time, say a year, it will not get lapsed.

2.   Can I link all my bank accounts under one VPA?

Yes. You can link all your bank accounts under a single VPA.

3.  What is VPA in simple language?

VPA is a user-specific ID that can track all the transactions performed through UPI enabled app on the phone.

Yes. You can use an existing VPA to a new app, provided the app allows/supports the usage of existing VPA.

VPA stands for Virtual Payment Address and is another name for UPI ID. Apps like Phonepe, Google Pay, and Payzapp are some of the apps which use the term virtual payment address.

6.   Is it safe to give the bank account details and use the app to make payments?

Yes. It is secure to perform transactions through the UPI-enabled app. However, it is advised to keep the PIN confidential of the user.

7.   How many VPAs can I create on the UPI platform?

You can create as many as VPA's on different UPI platforms while linking to the same bank account.

8.   Can I change my VPA already created?

Yes. You can directly change or edit the VPA already created. Usually, this is found under the app setting in the UPI app.

Currently, the transaction limit per VPA transaction is Rs 1 lakh. However, the upper limit may vary according to the respective bank. 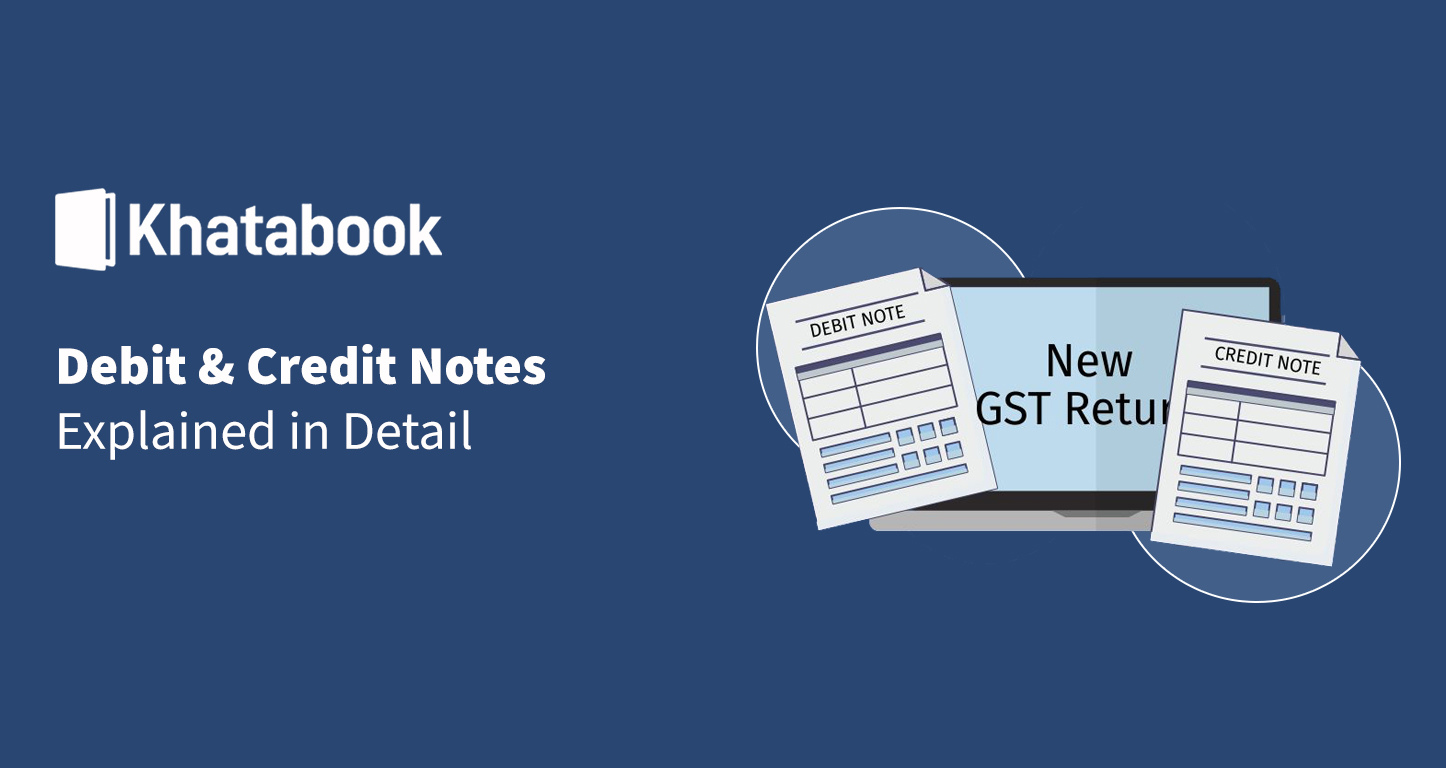 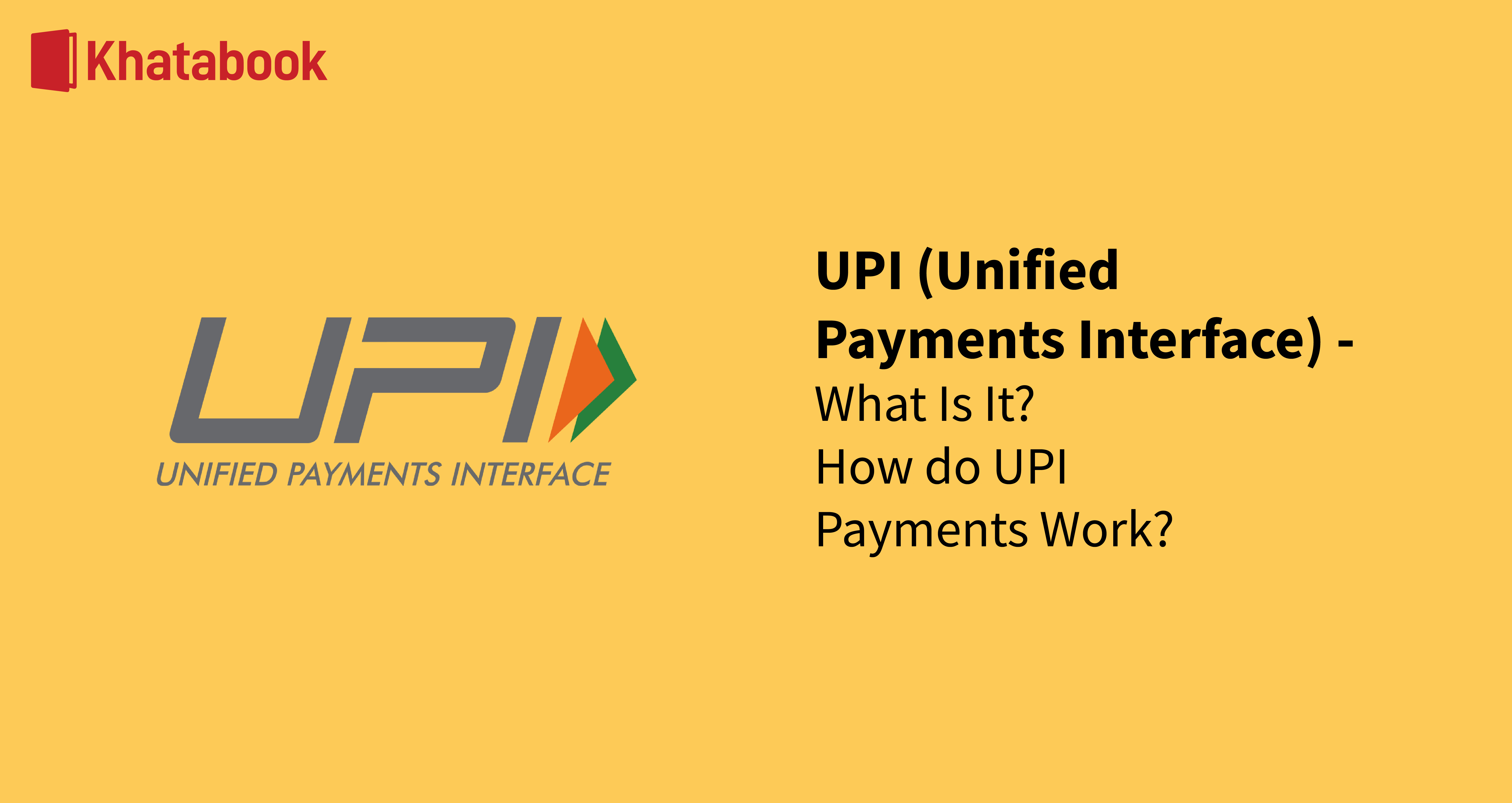 All About UPI– United Payments Interface 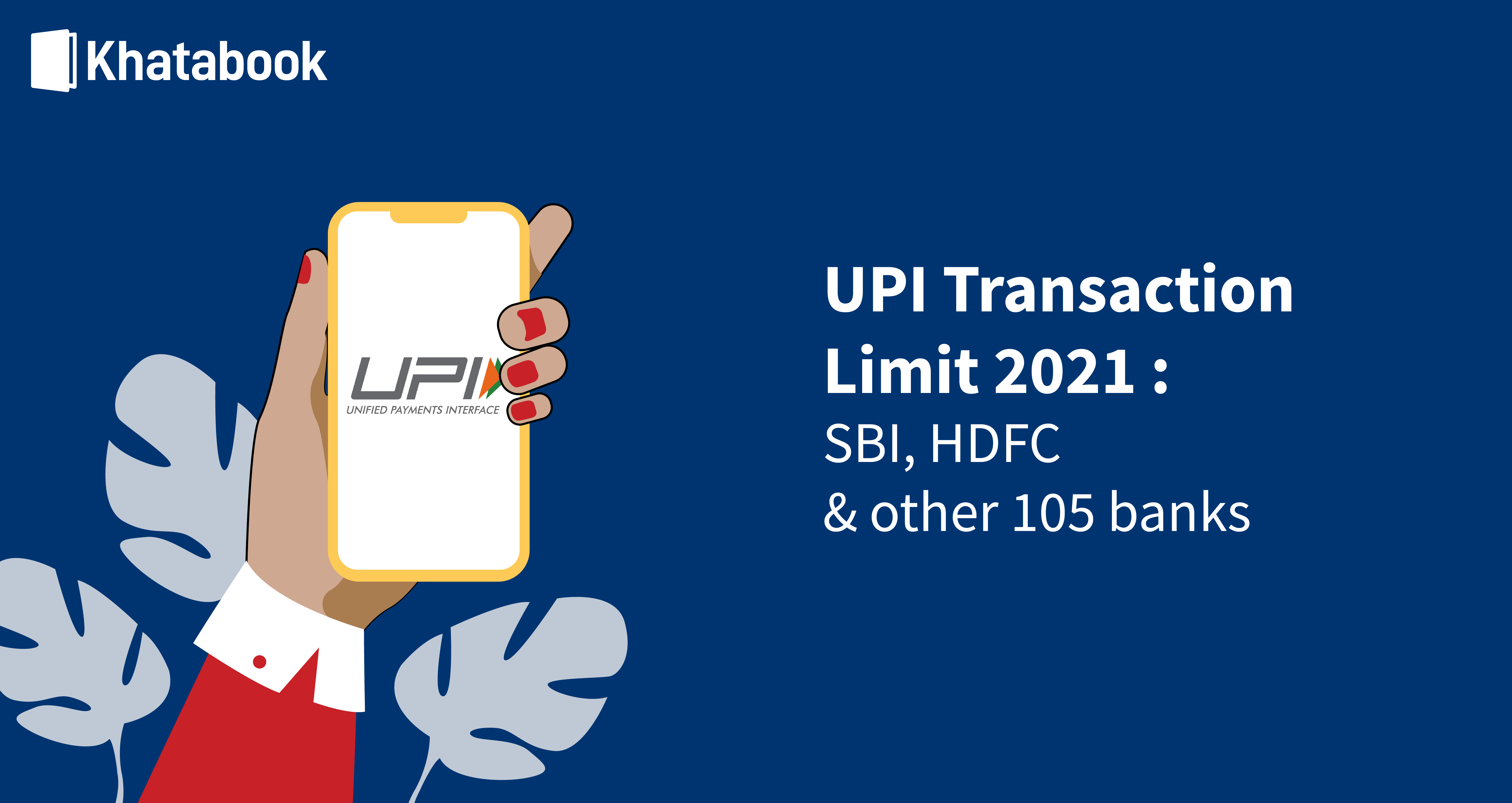 UPI Transaction Limit 2021: Of 105 Banks Along With SBI and HDFC 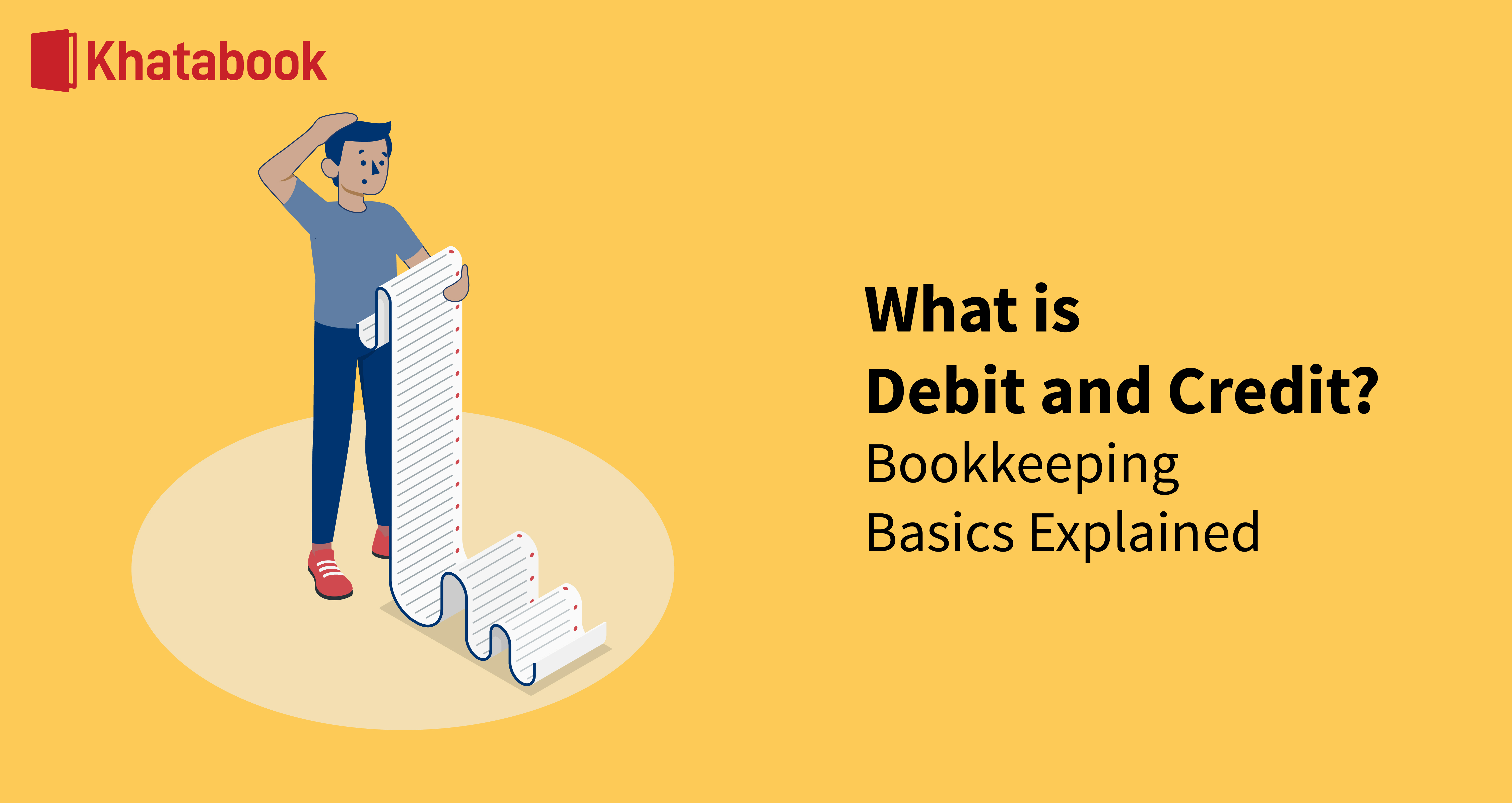 What Are Debit and Credit? Bookkeeping Basics Explained 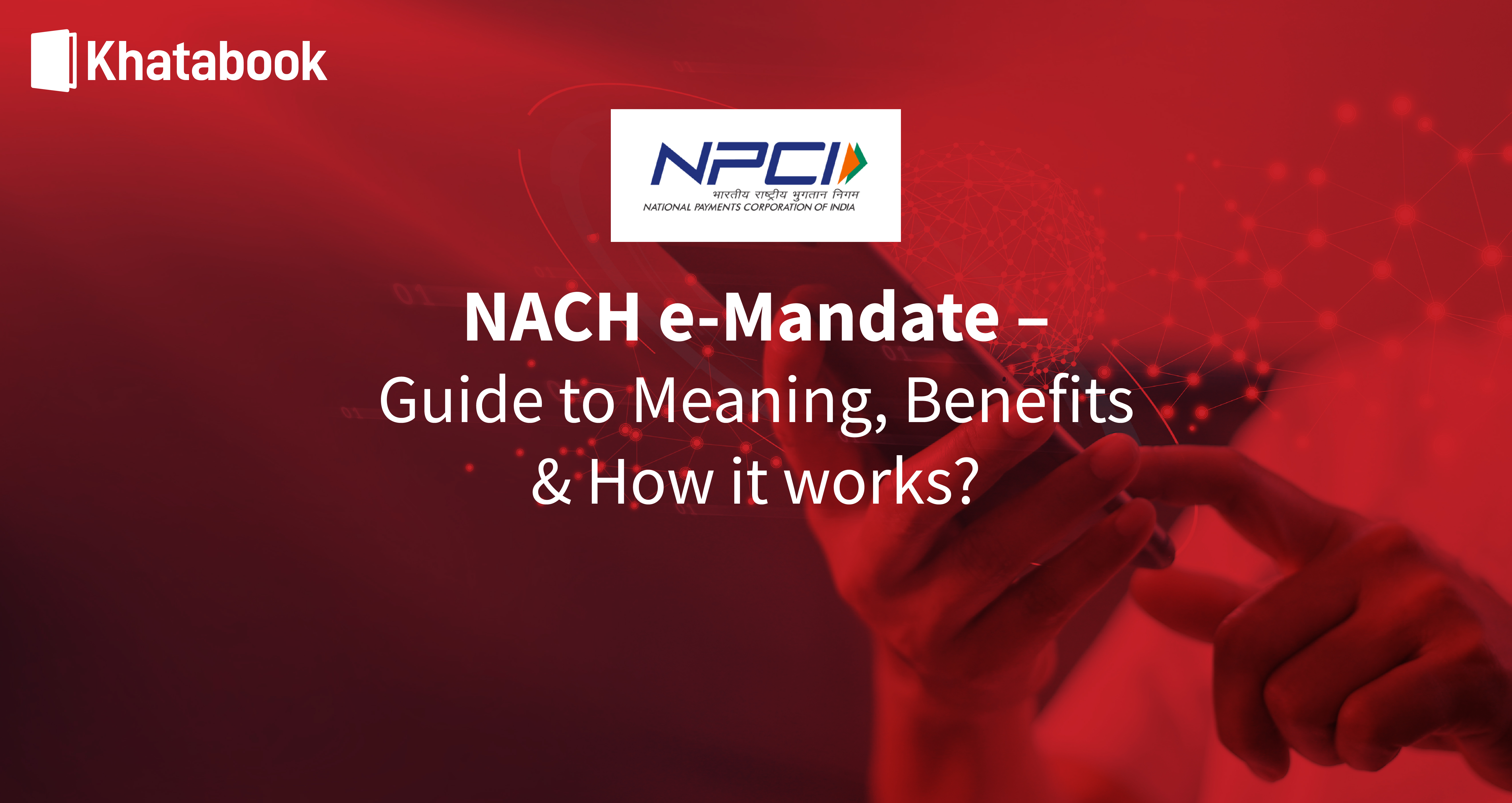 A Complete Guide to NACH e-mandate 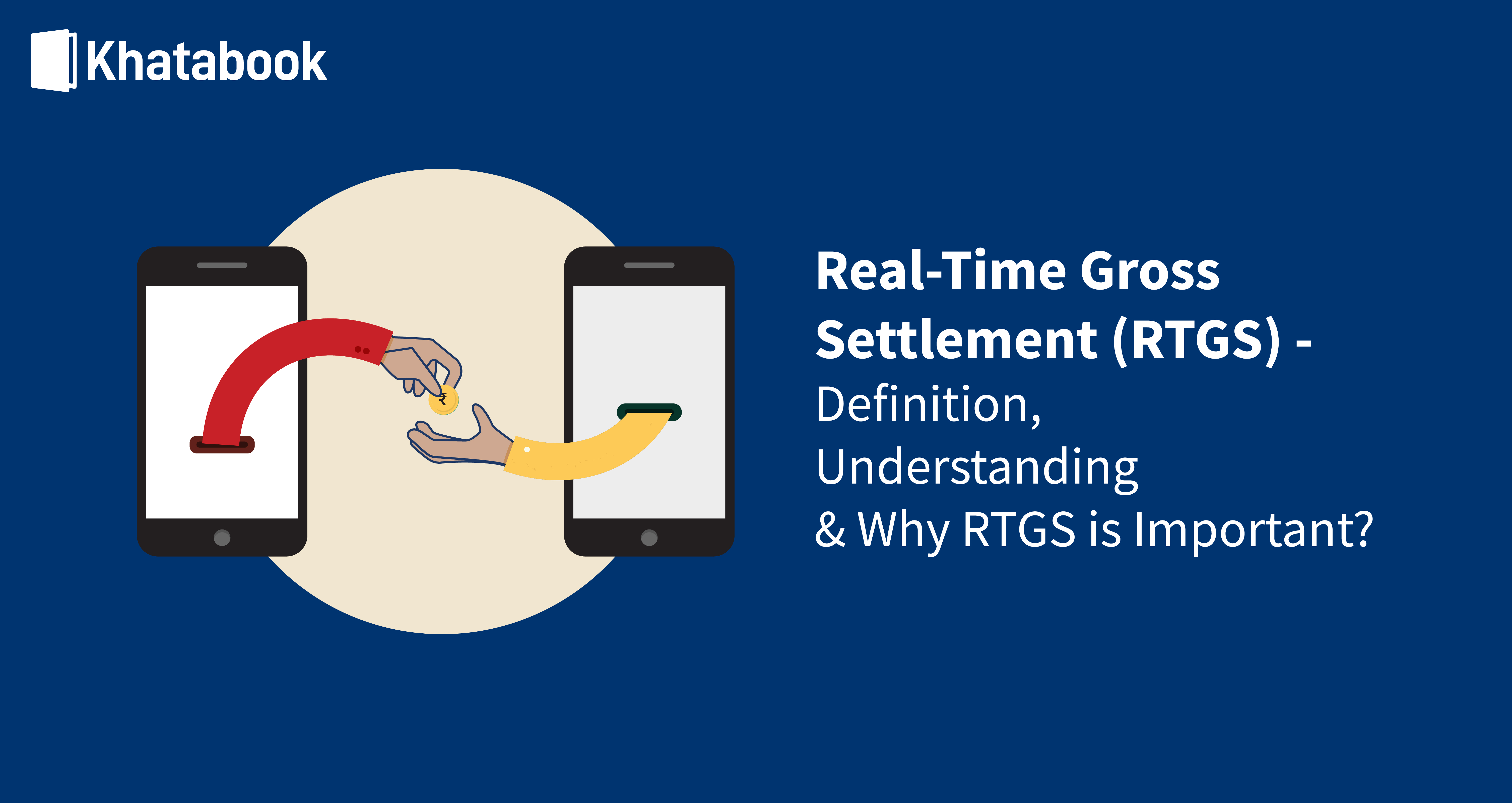 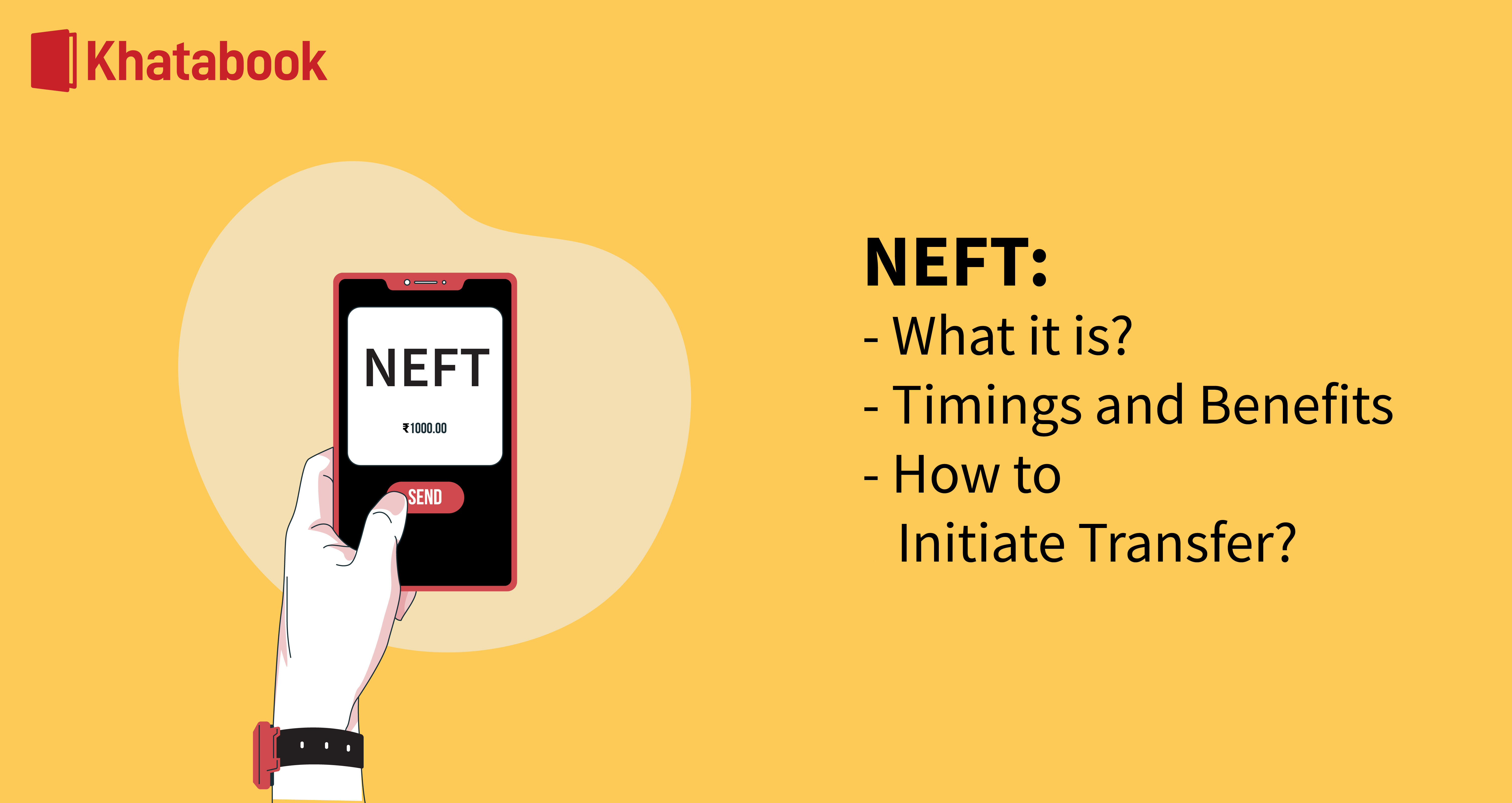 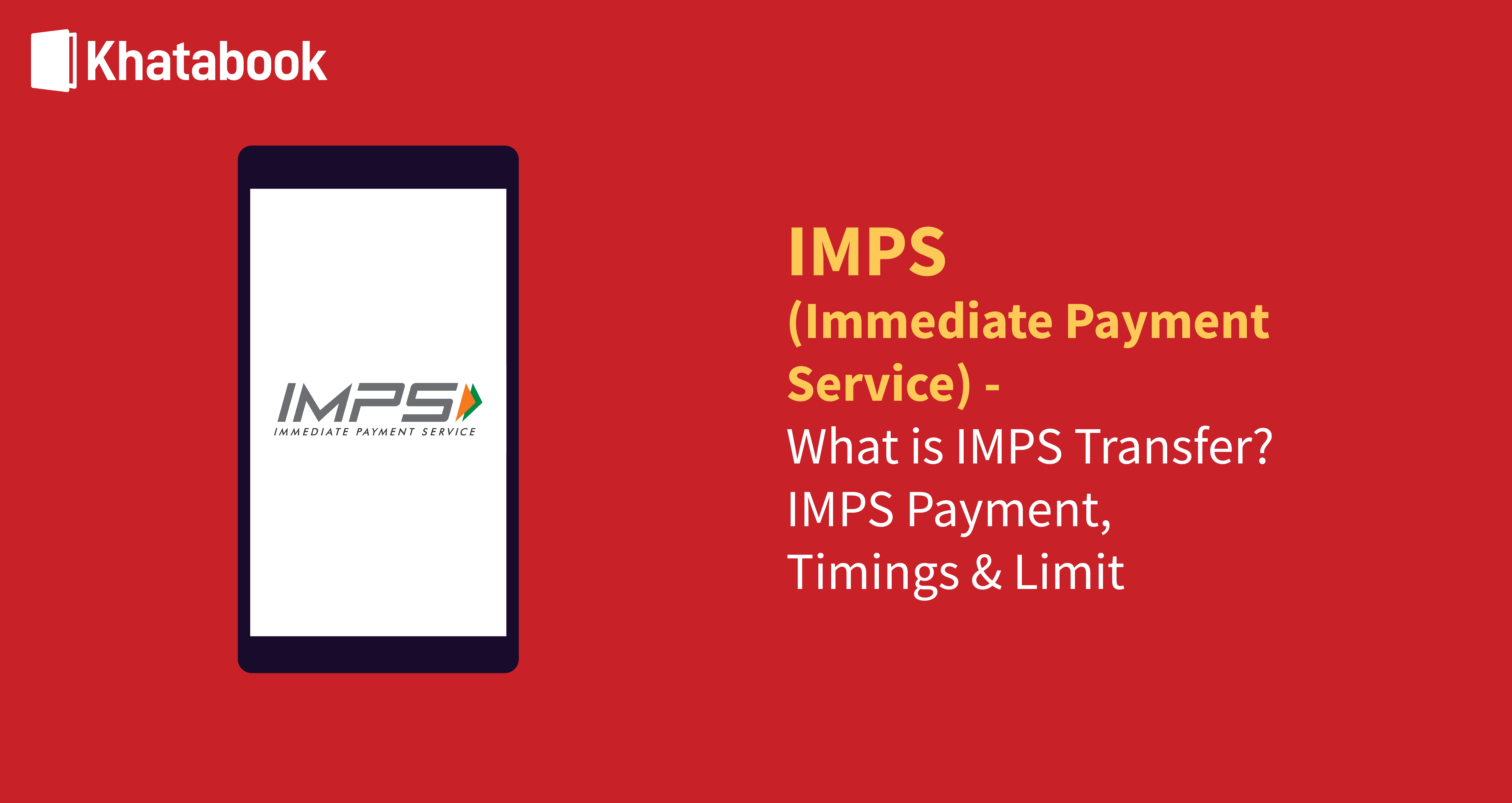 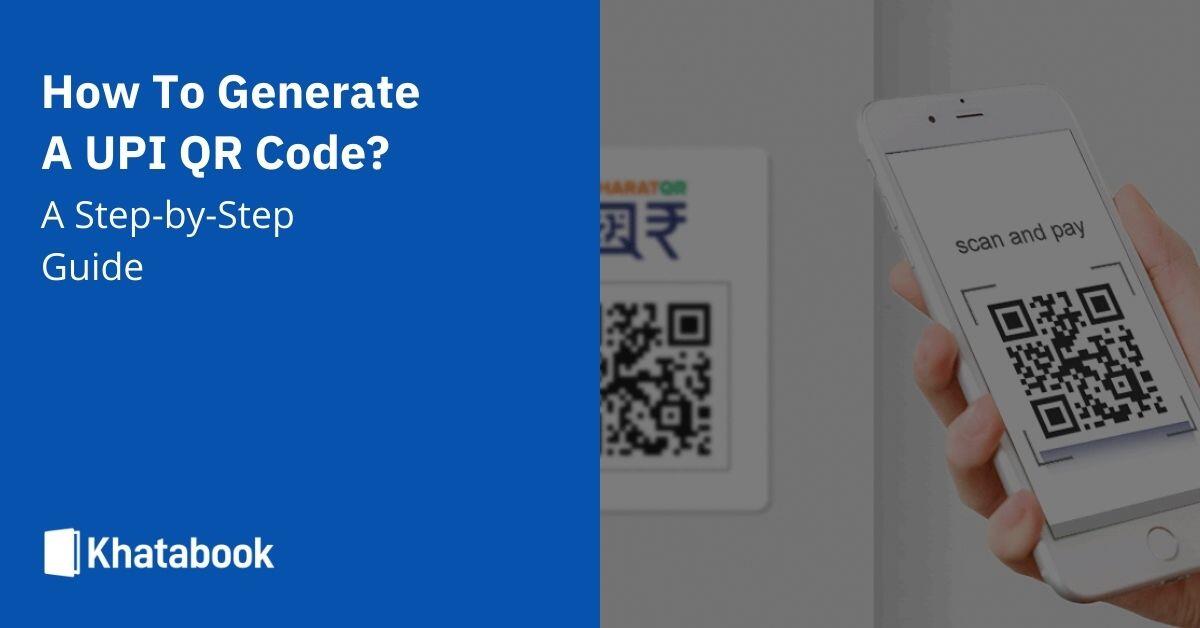