What Is Dearness Allowance?

Dearness Allowance or DA means that the government pays its pensioners, employees, etc., a fixed amount as a percentage of the employee’s base salary to balance the inflation impact. The increasing prices are market-dependent and, despite governmental measures used to control the inflation rate, such DA adjustments are needed to offset higher living costs.

DA is location-based and varies over the urban, rural, or semi-urban towns and cities. Thus the effective salary of an employee plus such DA helps offset the increasing prices and is constantly increased with larger cities getting higher dearness allowances than the smaller ones.

How To Calculate DA In Salary?

Employees receive DA to protect against rising prices in a particular FY- financial year. DA is calculated bi-annually or twice a year (i.e., in July and January). The Government changed the DA calculation formula in the year 2006. At present, the DA is calculated by the below formula, as mentioned in the next section.

What Is DA In Salary for Central Government Employees?

How To Calculate Dearness Allowance using A DA Calculator?

Learning how to calculate DA? It is far easier to use a reliable DA calculator to calculate the DA in salary. The calculator has a formula box that includes and calculates the various parts of your salary and is easy to use without referring to several formulae and definitions or updates.

As per the income tax latest updates, the dearness allowance is a fully taxable allowance for all salaried employees, including the pensioners. If all other conditions are met, and the employee receives an unfurnished rent-free accommodation, the DA part of the salary forming the retirement benefits becomes taxable. The Indian Income Tax Act Rules require the DA part to be separately mentioned in the IT returns filed in a particular FY as a dearness allowance percentage of basic salary or income received under this head.

For DA calculations, the DA component is divided into 2 categories, namely

1. IDA - Industrial Dearness Allowance applies to all Central Government Public Sector employees. This IDA component in the case of public sector employees is revised quarterly and is directly dependent on the CPI or Consumer Price Index. It is basically a tool that helps offset rising inflation levels and their impact on the employee’s salary.

2. VDA - Variable Dearness Allowance applies to all Central Government employees and is revised every six months. The VDA is also based on the CPI or the Consumer Price Index and helps set off the rising inflation levels and prices. The VDA component is also dependant on the 3 components mentioned below:

Retired Central Government employees or pensioners eligible for receiving a family/ individual pension are also considered by the government. Whenever the Pay Commission Reports roll out a new employee salary structure, the pensioner’s salary or pension is also affected and reflected. Hence if the Dearness Allowance is revised and pegged at a particular percentage, the pensioner’s benefits are suitably revised too.

Common questions generally confuse readers who are unable to explain what is HRA and DA. The DA component is not be confused with the House Rent Allowance or HRA. These 2 components are separate and treated differently as per the Income Tax Act 1961 and its rules.

House Rent Allowance or HRA is a salary portion given to the employee to meet rental housing expenses. HRA is given to public/private sector employees for meeting the need of renting a house.  But the employer provides DA so that the employees can keep up with the costs of living. In addition, the HRA is partially taxable, whereas DA is fully taxable.

The DA for Central Government and Public Sector employee’s salary is affected by the DA changes and used in salary calculation formulae. The salaries have been rising and are presently at 50% of the base salary. There has been a constant revision of the DA annually to offset the adverse effects of rising living costs. Once the DA component rises beyond these levels, the rules require the merger of basic salary and the DA component. When this happens, it increases the salary. Also, note that many salary components are calculated based on the basic salary, and a rise in the basic salary would mean a substantial rise in the gross salary.

Nearly all employees have questions related to dearness allowance meaning, salary calculations, income tax calculations, and basic, gross, net, and CTC salaries. In the article above, we have explained  DA in salary, DA calculation, how salaries get affected by a rise in the DA percentage, the types of DA, its calculations and the role of the Pay Commissions in fixing the DA, Today one can use top-rated apps like the Khatabook app to easily calculate DA and various salary components to help you in recording maintenance, salary and income tax calculations etc. Try it today to understand your DA/ salary better.

No, HRA or House Rent Allowance is distinct from DA or Dearness Allowance though both form components of an employee’s salary. These components are also treated differently under the Income Tax Act 1961 Rules.

Yes, the DA component differs based on the employee’s work location. It is directly connected to the CPI index or the cost of living, and it will vary over locations being rural, urban or semi-urban. Thus DA varies for employees and is location-based with higher allowances for urban areas and large cities.

3. Are HRA and DA taxable components?

Dearness Allowance is taxable in full, while the HRA has certain exemptions under the Income Tax Act of 1961, especially for those living in rented accommodations.

Section 50A of the Pension Rules grants family/ individual pensioners of the public sector a dearness allowance meant to offset the price rises and rising inflation rates.

5. Is DA also applicable to the pensioners/employees of the private sector?

No, the DA applicability is only for Public Sector employees in India and is not an entitlement or applicable to private sector employees. However, most private-sector employers provide it.

6. How often is DA and employee salary revised?

DA revisions occur every 6 months and are directly linked to the CPI Consumer Price Index and Cost of Living Indices. This upward revision increases the take-home salary and is meant to help with offsetting the rising prices and high inflation rates.

7. Does an employee pay tax on DA?

Yes, salaried employees, as per the latest Income Tax updates, have to pay tax on the Dearness Allowance. It is mandatory under the 1961 Income Tax Act, where the tax liability under the DA head is fully taxable and to be separately declared for ITR or Income Tax Return filing.

8. When is Dearness Allowance merged?

9. How is DA for pension computed?

DA or Dearness Allowance for pensioners is calculated based on the basic pension and is always calculated without commutation. This means the pensioner receives a fixed percentage of the basic original pension as the DA component. DA revisions are evaluated and considered in the Pay Commission Reports.

10. Do pensioners become eligible for DA at reemployment?

Pensioners re-employed by the Central/ State governments, local/ autonomous bodies and government undertakings are ineligible to draw DA if the DA is paid on a time-scale or fixed pay. All other re-employment cases permit the grant of DA to a pensioner who is re-employed where the DA is fixed based on the last drawn salary.

If such pensioners are reemployed abroad, DA is not granted. However, pensioners without reemployment, whether in India or abroad, receive DA on the basic pension amounts.

12. How does a Salary Calculator help with DA computations and filing IT returns?

The Khatabook app’s salary calculator helps calculate the basic, take-home and gross salary, which is the total salary you get after all additions and deductions are made. Besides, it has income tax calculations, CTC calculations, etc. Its formula box includes various allowances and deductions across various employment conditions and hence suitable for all. It also has a leave and attendance tracker feature and helps employees plan their ITR filing and understand their earnings better 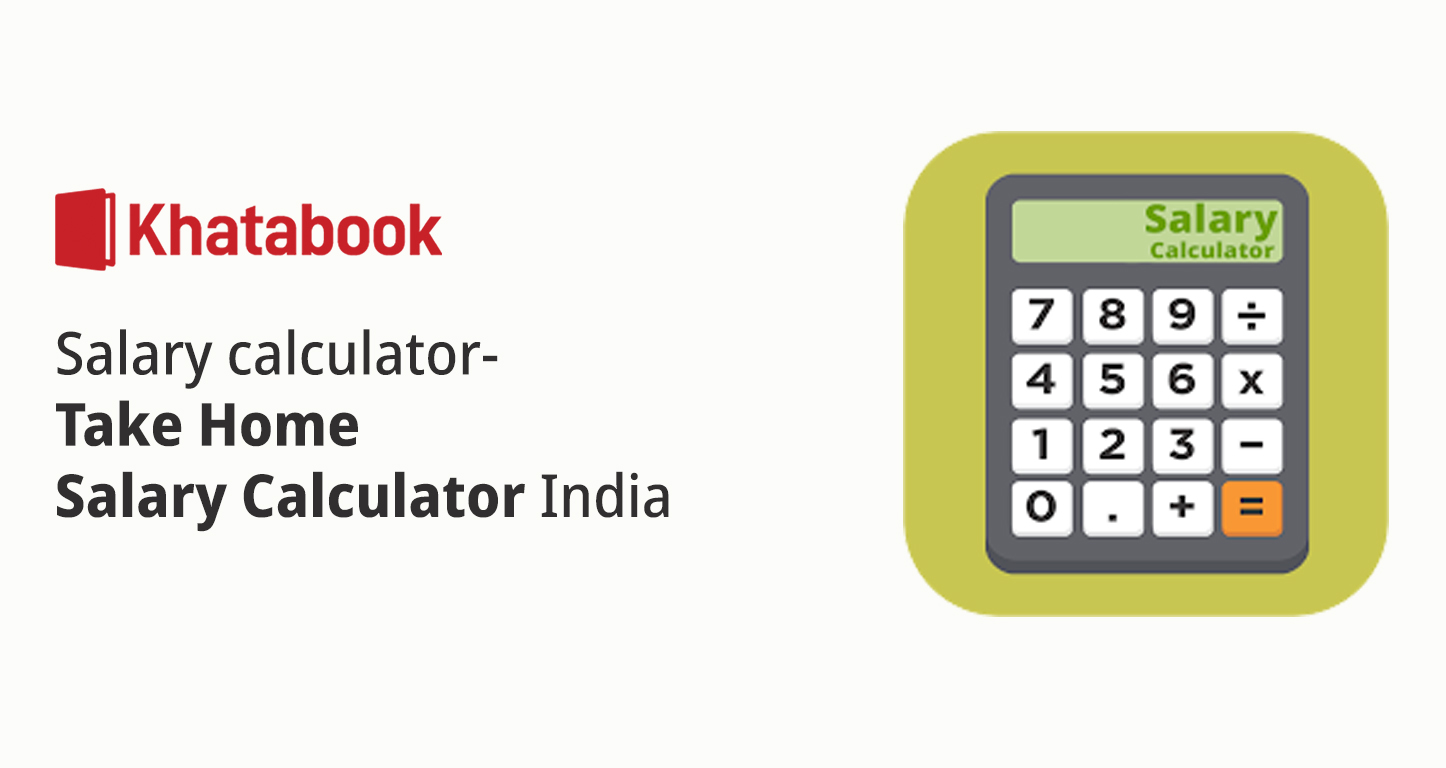 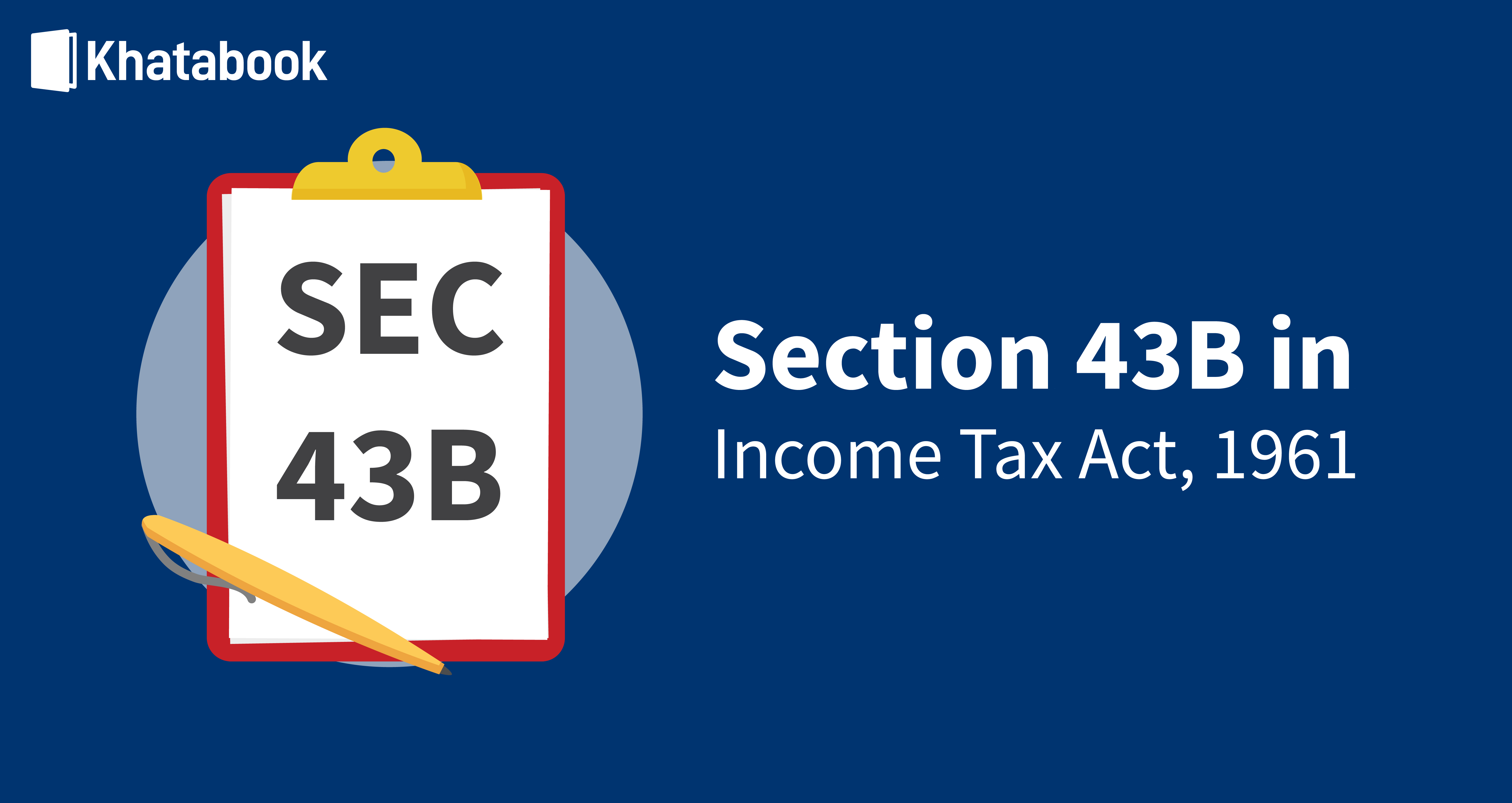 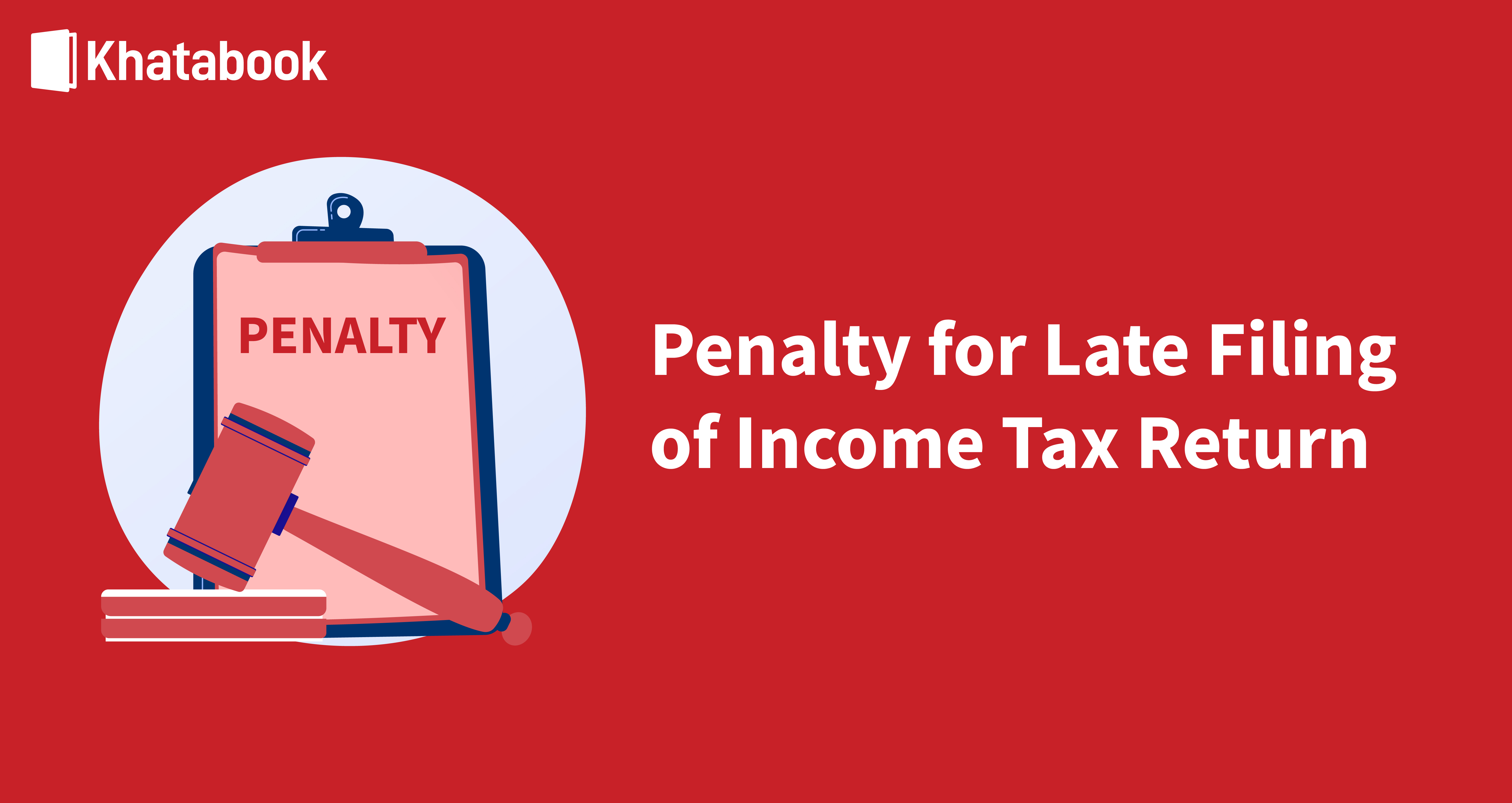 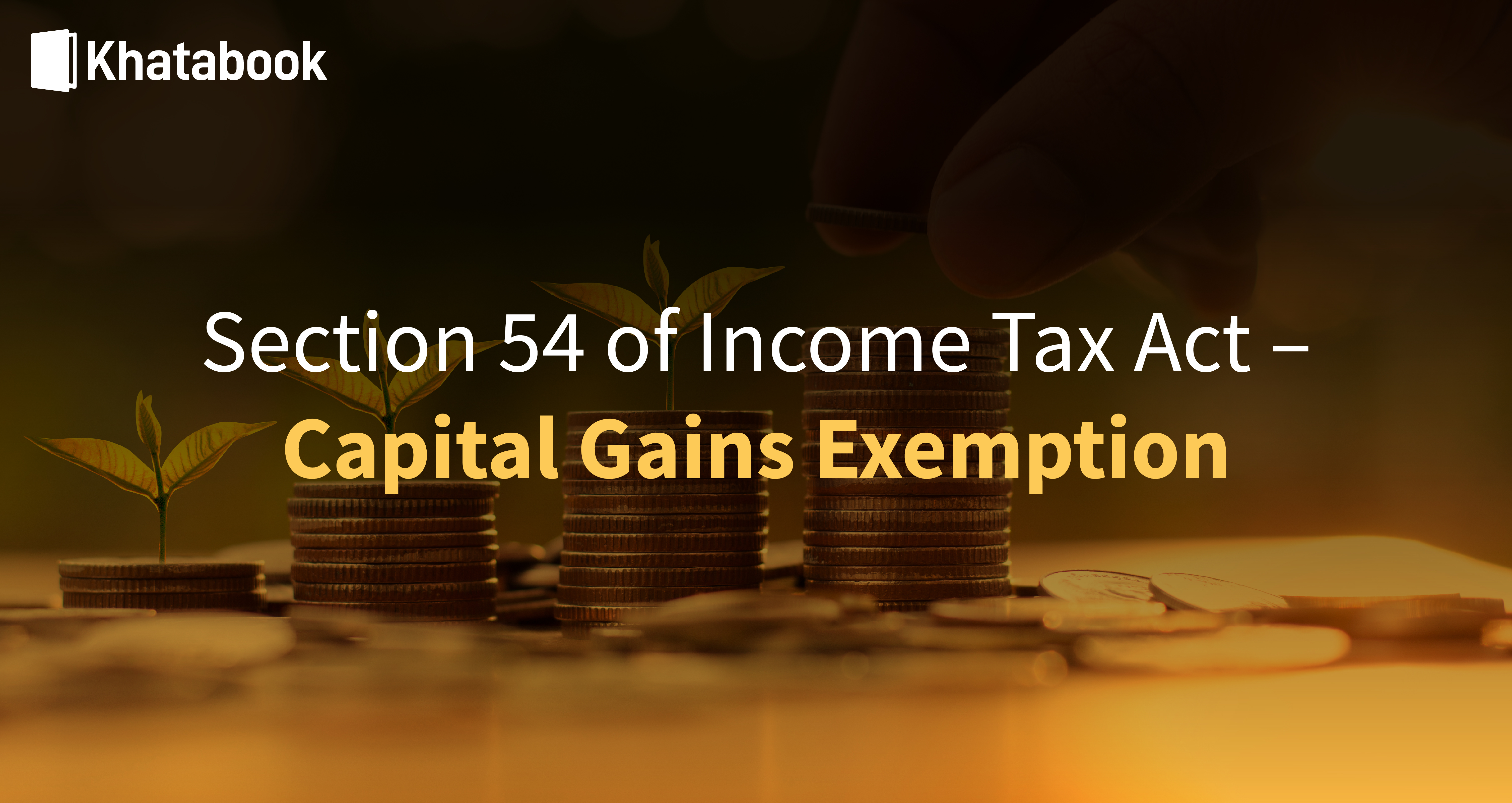 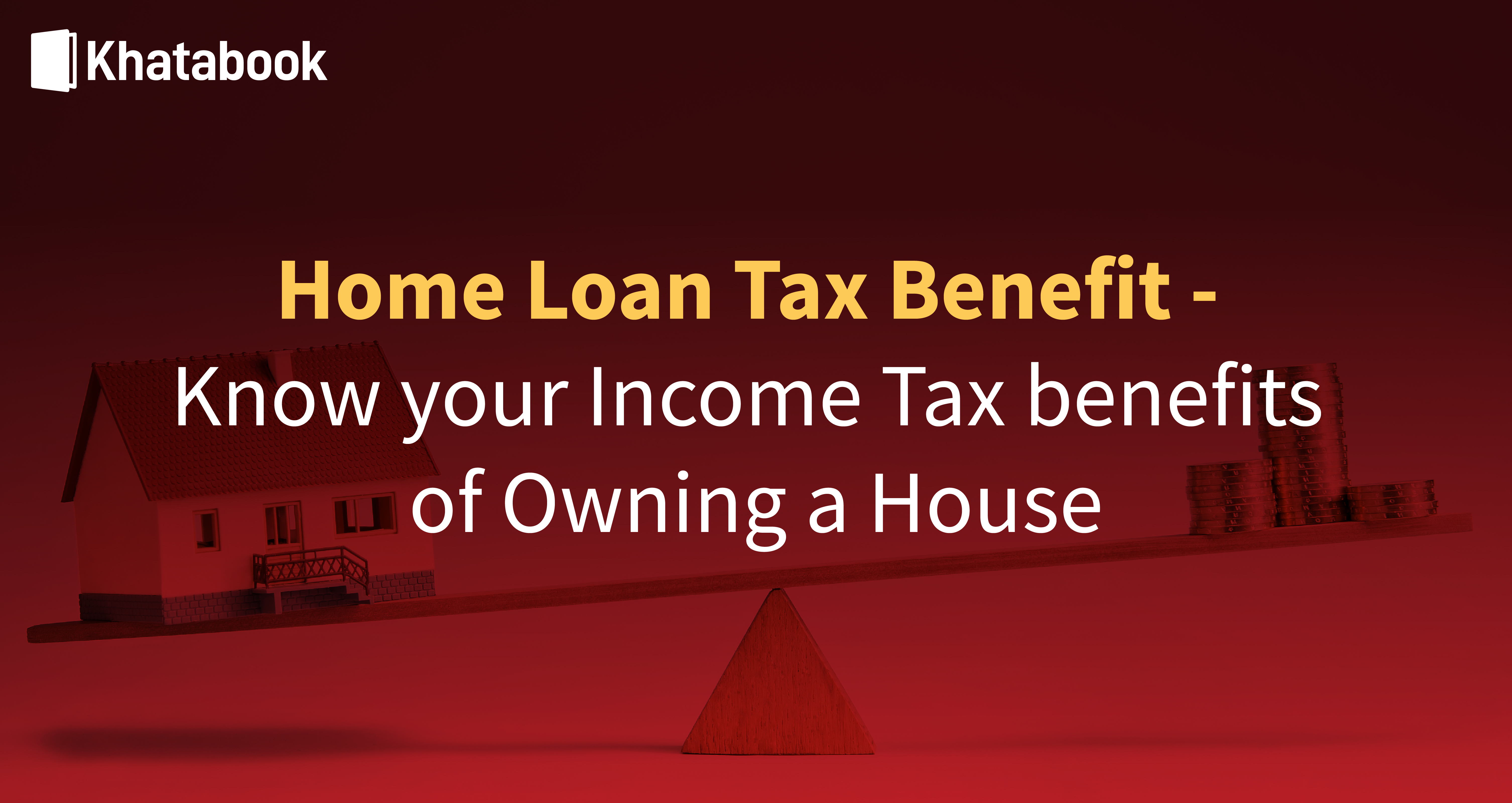 What are the Income Tax Benefits Of Owning A House 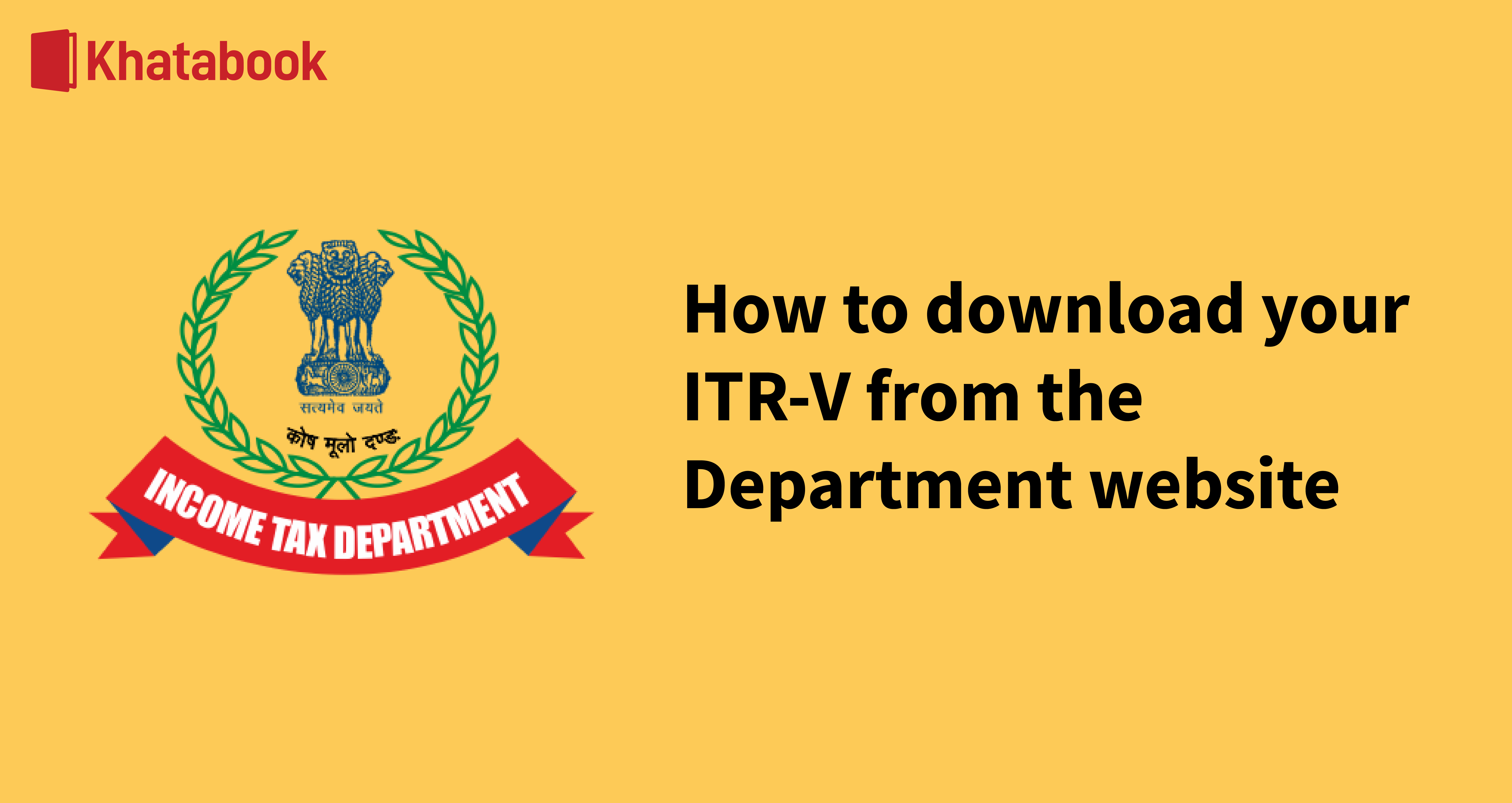 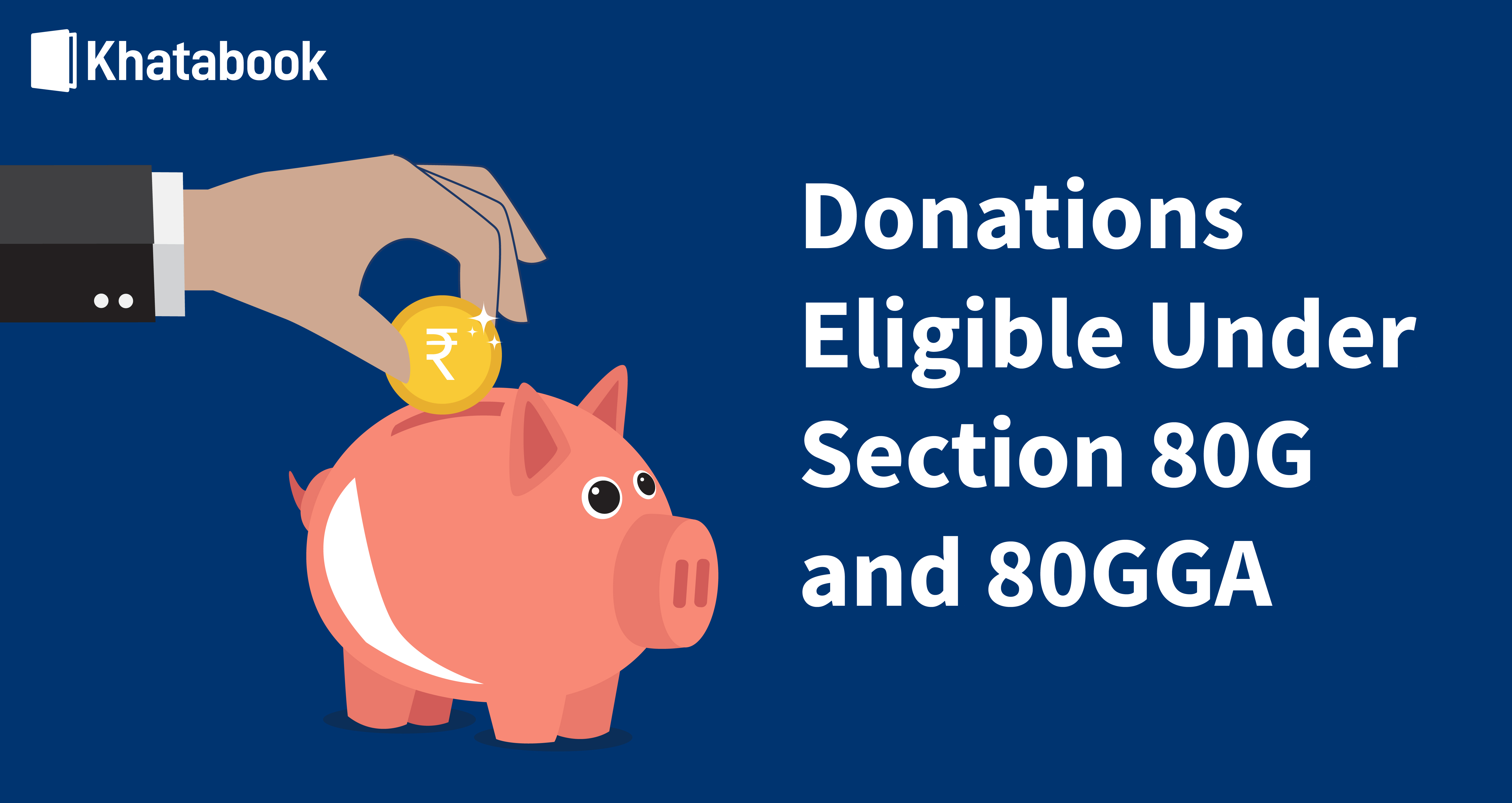 What Are The Donations Eligible Under Section 80G and 80GGA? 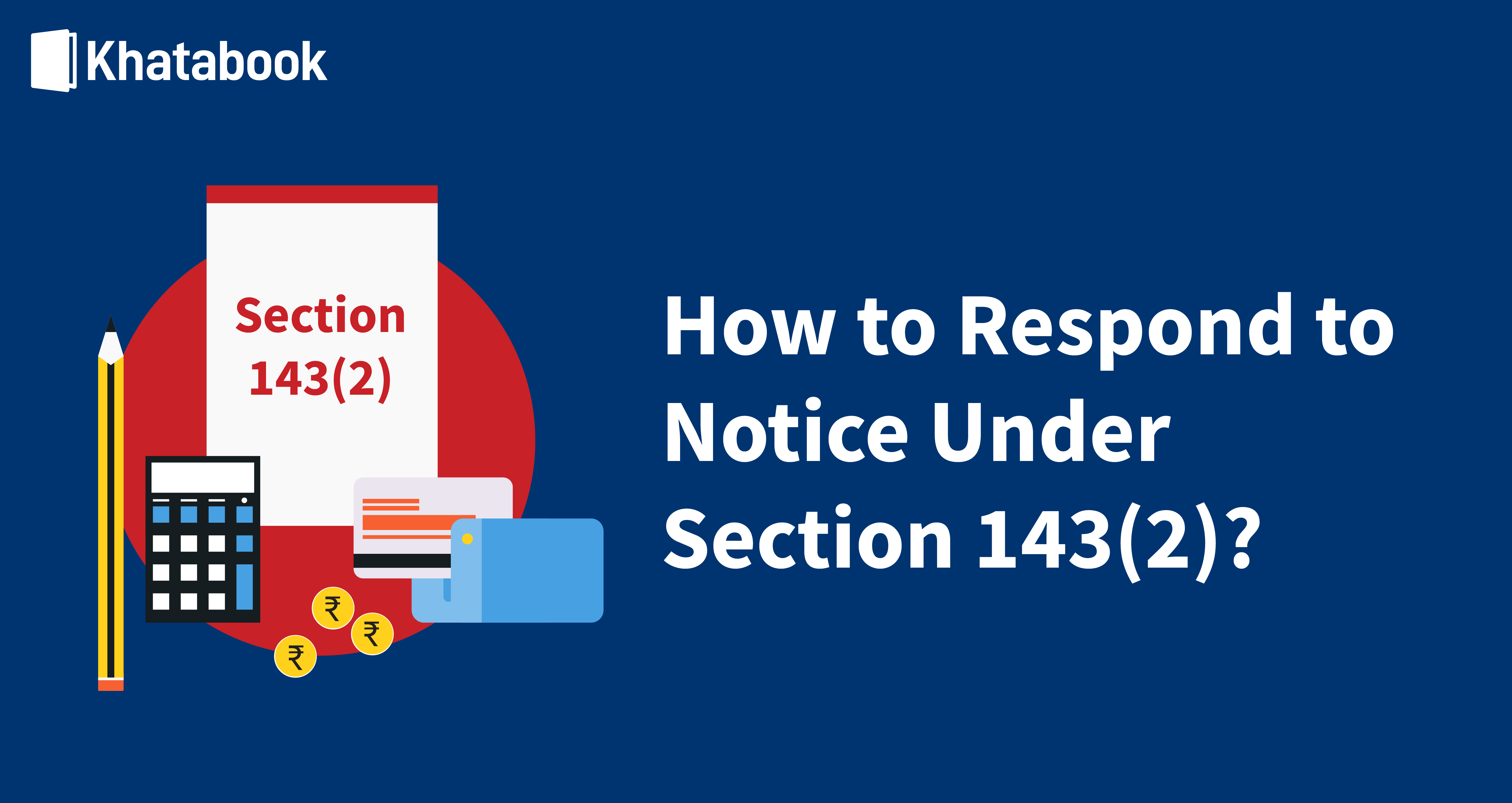 How to Respond to Notice Under Section 143(2) 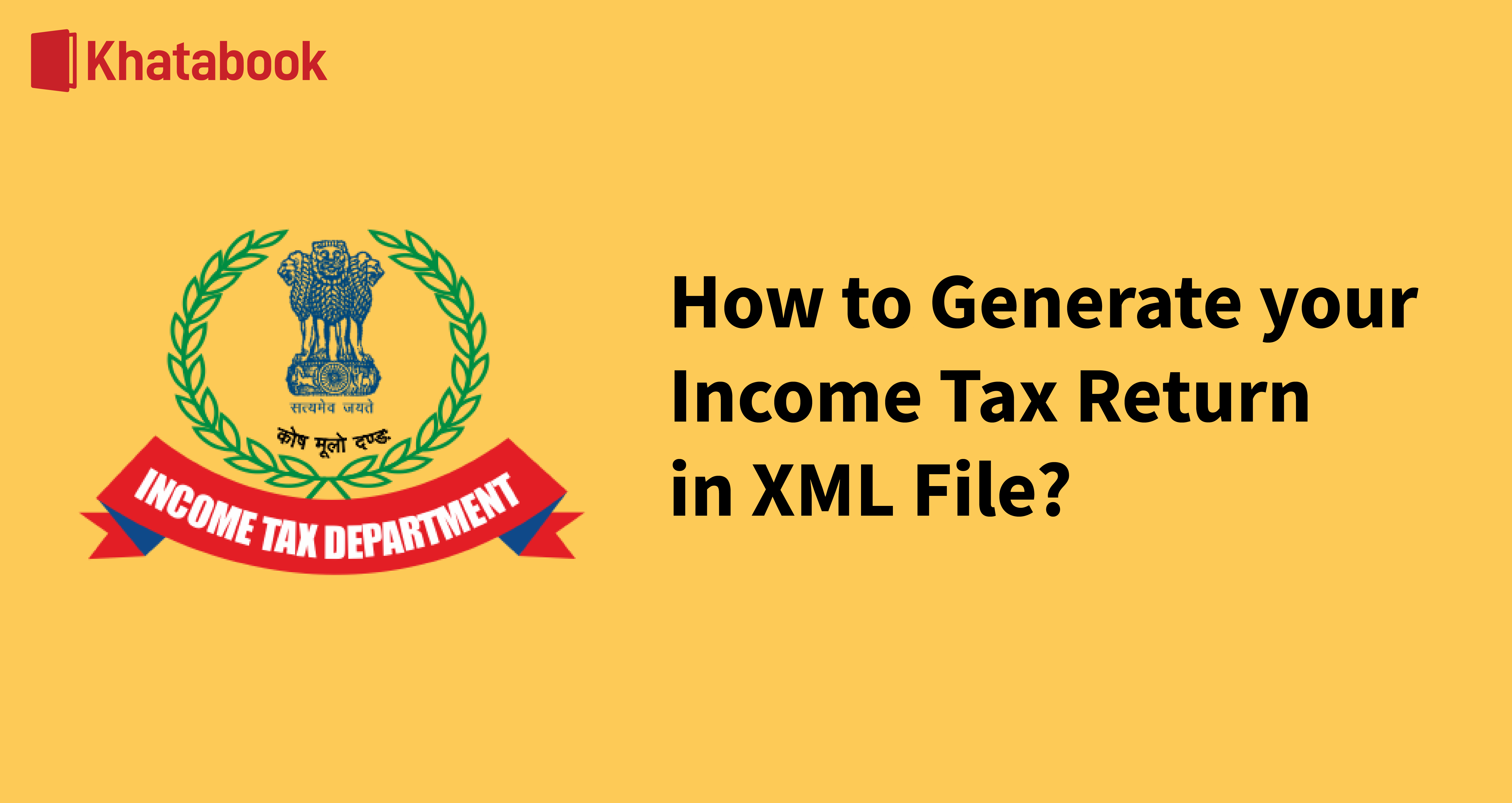 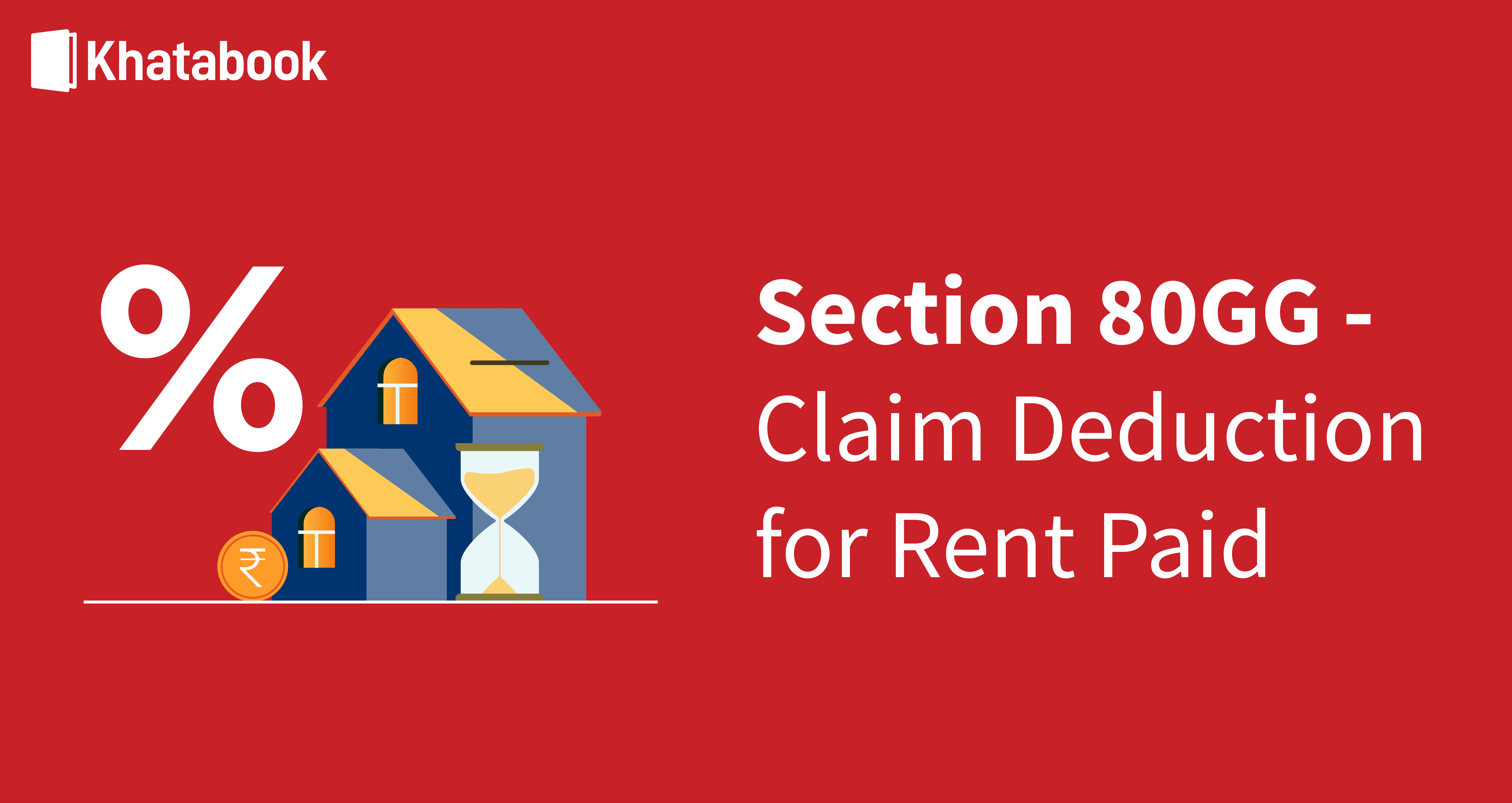 All About Section 80GG Denoting Claim Deduction for Rent Paid