The corporate tax, often known as corporation tax, is a type of income tax levied on companies. Different countries have different rules when it comes to income tax or tax rates for companies.

What is Corporate Tax?

Corporate tax is a type of direct tax applied on profits made by businesses over a specific time period. Corporate taxes are levied at varying rates depending on the amount of profit made by a company. Corporate tax in India is imposed on a company's earnings after deductions such as COGS (cost of goods sold), depreciation, and SG&A (selling general and administration expenditures) are considered.

Both domestic and foreign companies are subject to the corporate tax rate in India. Like all other individuals who earn money, businesses are required to pay a tax on a share of their earnings as a part of the taxation of companies in India. Corporation tax, corporate income tax rate, or company tax are all terms used to describe this tax for companies.

The following is a definition of a corporation:

A corporate body or corporation is a legal entity distinct from its stockholders and has its own legal existence. A company's income is calculated and assessed independently from the dividends it pays out to its shareholders. These dividends are not included in the tax rates for companies but are assessed as part of the shareholder's income.

Companies in India have been largely classified into the following two groups for tax purposes.

Any company that is not of Indian origin and the control and management of its business is outside of India, it is considered a foreign corporation.

In addition to the rates listed above, there are surcharge rates.

In addition to the rates listed above, there are surcharge rates.

The health and education cess of 4% will be added to the income tax and the relevant surcharge amount.

The (MAT) minimum alternate tax rate cannot be less than 15% for domestic and foreign companies. This rate is calculated using Section 115JB of the Income Act on book earnings. In addition, MAT is collected at a rate of 9% plus surcharge and cess, if applicable, on a corporation that is a unit of an international financial services centre that derives its income principally in convertible foreign exchange.

If a company's tax payable on total income (including surcharge and SHEC) is less than 15 percent of the profit recorded in its books, the company will be required to pay a token tax in the form of MAT, or Minimum Alternate Tax.

The Minimum Alternate Tax, or MAT, is imposed on all businesses meeting the criteria for MAT. It is also payable by foreign corporations with income sources in India.

Every year, a company must pay a tax on the dividends they deliver to their shareholders. However, this dividend is exempt up to Rs.10 lakh in the hands of the shareholders. On the other hand, the tax rate for companies in India is 20.56 per cent.

What does a company's income imply?

To calculate income tax for companies, you must first understand what components contribute to the organisation's total income. They are:

Every year, companies, including foreign corporations, must file their income tax returns by the 31st of October. Even if the company was started within the same fiscal year, it must file its income tax return for that period on or before October 31.

The corporation must file the following tax return forms:

ITR 6: All companies, except those claiming a deduction under section 11, must file their returns using Form ITR 6.

ITR 7: All companies registered under Section 8 of the Companies Act of 2013 must file Form ITR 7.

According to the Income Tax Act, some businesses must have their accounts audited and submit an audit report to the IT department together with their tax return. This type of audit is referred to as a tax audit. This tax audit report must also be provided by the 30th of September by all qualified businesses. The deadline for filing the tax audit report is October 31.

Relaxations in Corporate tax in India

The following are some of the relaxations in corporate tax:

1. The tax rate has been decreased:

The government in September 2019 had reduced the basic corporate tax from 30% to 22%. In addition, the tax rates for new manufacturing companies have been brought down to 15% from the earlier 25%.

Foreign enterprises that have chosen presumptive taxation are exempt from the provisions of MAT. This benefits foreign enterprises in the shipping, oil exploration, air transportation, and turnkey construction projects industries.

3. Transfers of likely capital assets that aren't recognised as transfers for tax purposes:

The sale, extinguishment, or relinquishment of rights in assets would be deemed the transfer of an asset for income tax purposes. Furthermore, any gains deriving from the said transfers to a person making the transfer of capital assets are subject to capital gains taxation. The following are a few of the notable transactions:

4. Deduction of preliminary expenses or expenses related to the start-up or expansion of a corporate or business:

Any expenditure incurred by a corporation or a firm for the start-up or expansion of a business can be gradually written off and claimed as an expense over a five-year period beginning with the year in which the company or business began/expansion was completed. This deduction allows a business or a company to recover expenses such as project report preparation, feasibility report preparation, and legal fees for incorporation, drafting agreements, and so on over a five-year period. Such a claim, however, shall be restricted to 5% of the Company's entire capital. Additionally, any expenditures incurred by a firm during a demerger or an amalgamation may be claimed and amortised over a five-year period. This deduction helps in lowering the income tax for companies.

5. A deduction based on the nature of the Company's business:

Incentives on tax are frequently utilised to encourage businesses to enter specific sectors critical to the country's economic development. Any corporation operating in such specified business would be eligible for deduction for earnings or a tax holiday earned from such operation for a specific period of time.

6. Tax deduction for contributions made:

For tax reasons, a company can deduct 100 percent of any money contributed to an electoral trust or political party in any medium other than cash.

7. Some corporations pay dividends that are taxed at a lower rate:

Loss-making firms in insolvency may continue to operate and set off their losses even if there is a change in shareholding of more than 49%.

Rebates on Corporate Taxes in India

Apart from the numerous forms of taxes charged on corporate earnings, several tax refund provisions are available to businesses. The following is a list of all of these rebates:

Corporate tax planning is defined as organising one's financial business affairs to maximise profit while minimising tax liability by using available deductions, rebates, and exemptions. Tax administration is a risky and complicated business, and most large corporations with a lot of money at stake use financial experts to handle their taxation. Many financial players in India provide corporate tax counselling and implementation. Due diligence and absolute awareness of all tax laws and corresponding rules and regulations are required to guarantee healthy tax planning.

Tax evasion or non-payment is not the same as corporate tax planning. Tax planning is the process of arranging one's finances in such a way that the amount of tax owed is minimised while gains are maximised. One of the most important characteristics of tax planning is that it is completely compliant with the Indian government's legal and financial requirements.

We hope this article has helped you understand corporate tax in India and the applicable corporate tax rates in India. We have also discussed the various relaxations and rebates of Income tax for companies.

1. What is the current rate of corporate income tax?

The central government has lowered the corporate tax rate from 30% to 22% for existing businesses and 25% to 15% for new manufacturing businesses. When the surcharge and cess are factored in, the effective tax rate for current businesses falls to 25.17 per cent, down from 35 per cent.

2. What is India's taxable income?

In India, a person's wage is taxable if he earns more than Rs. 2.5 lakhs per year from his profession.

3. What is the difference between a company tax and personal tax?

A corporate tax is associated with the expense of a business which is the outflow of cash whereas personal tax is government tax imposed on an individual’s income.

4. What is the purpose of corporate tax?

Corporate tax is a tax levied on profits made by businesses over a set period of time, such as a financial year.

No, small enterprises are not exempt from paying corporate taxes. Corporations are the only type of business that must pay corporate tax.

6. Is corporate income tax accounted for in the national income?

Because corporate tax is a direct tax, it is included in national income.

7. What is the difference between personal income tax and corporate income tax? 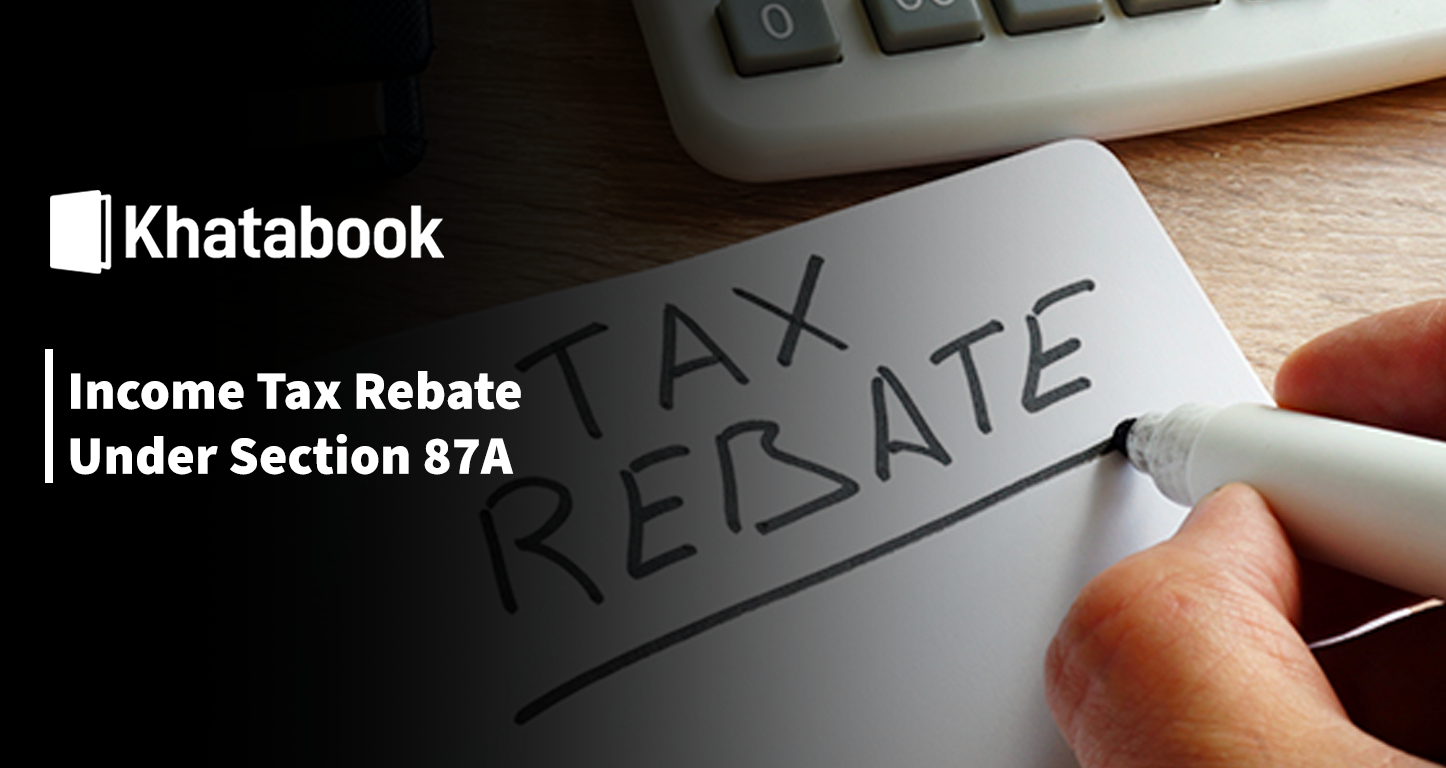 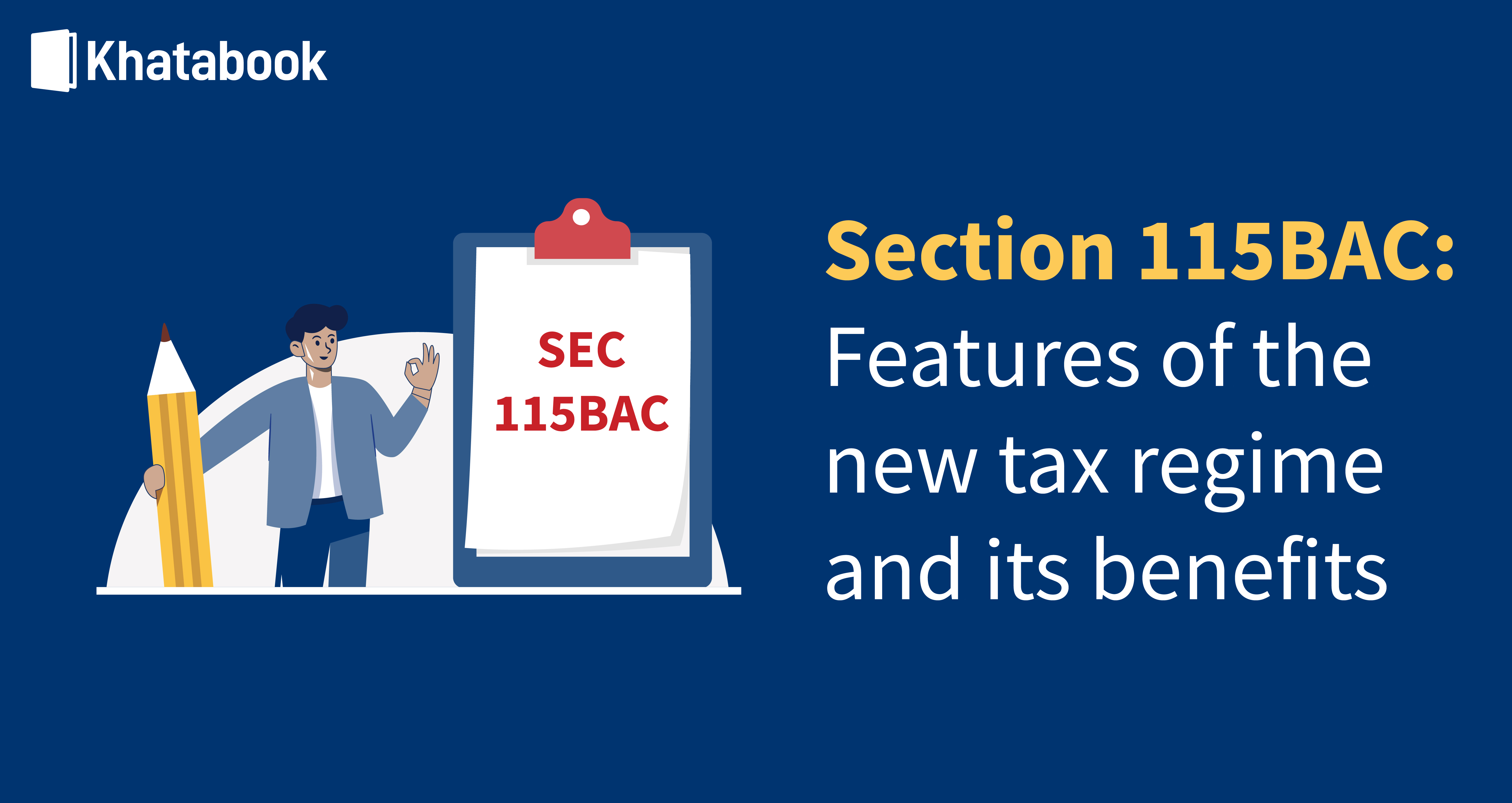 Section 115BAC: Features of the new tax regime and its benefits 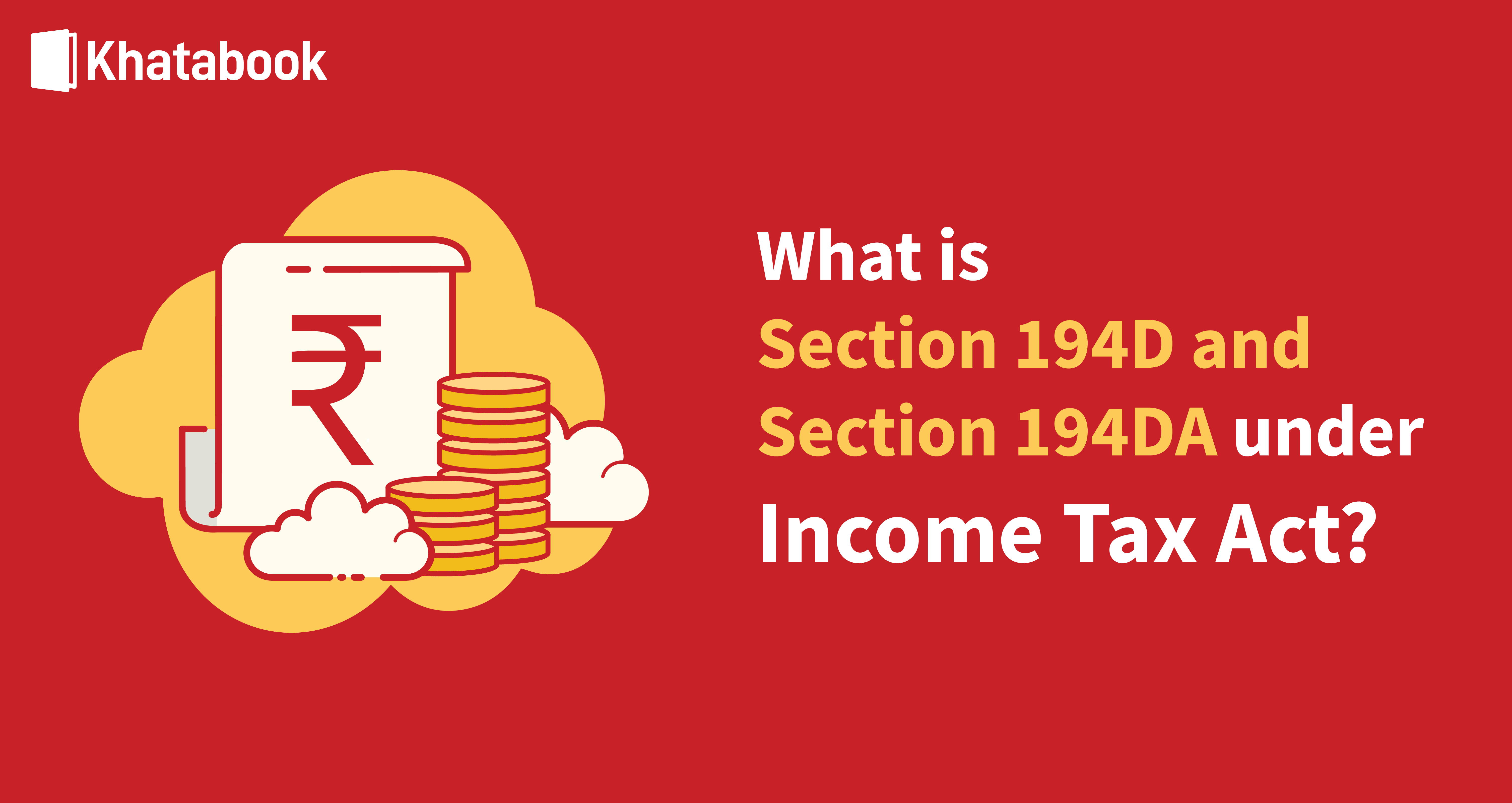 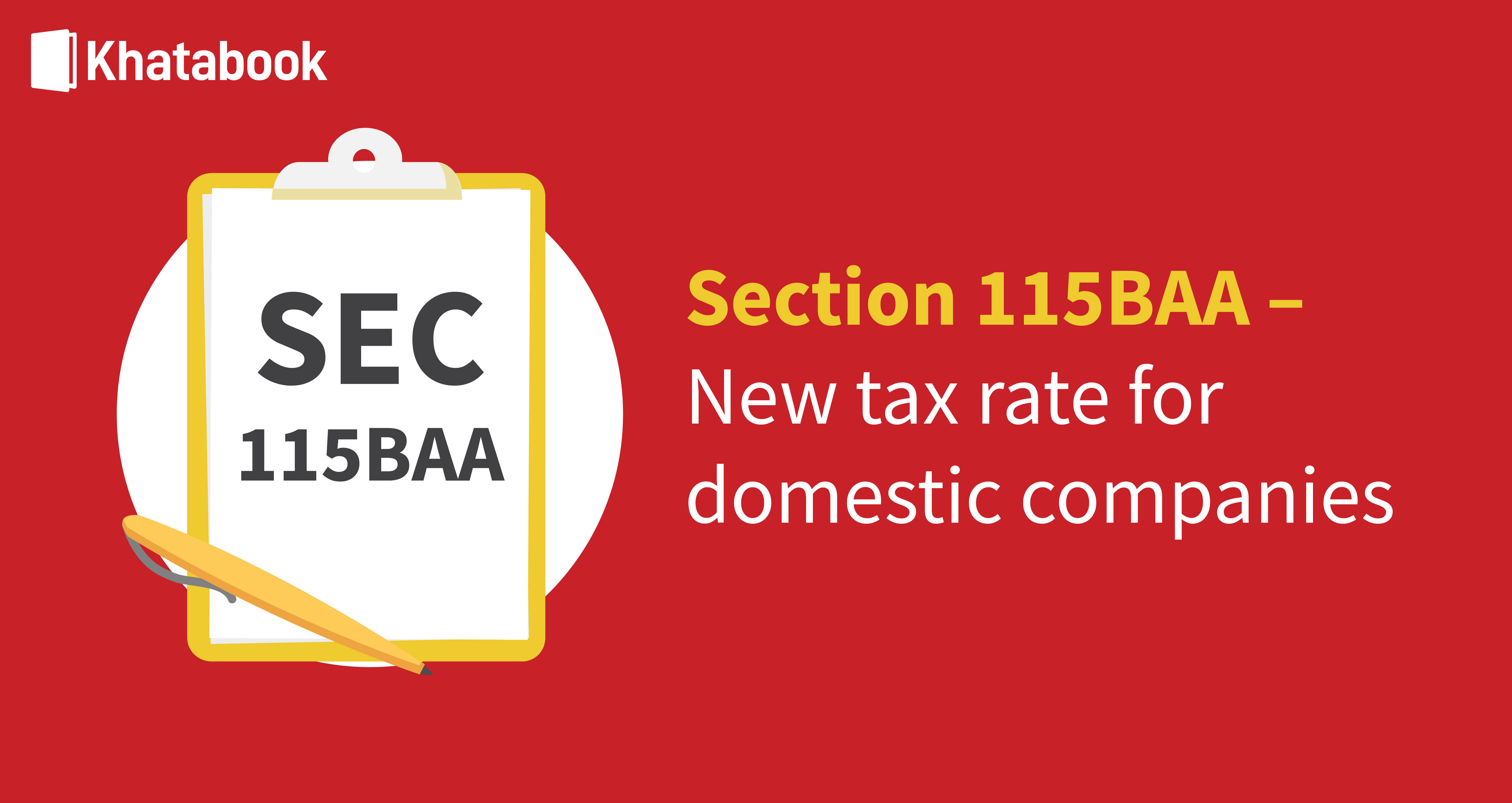 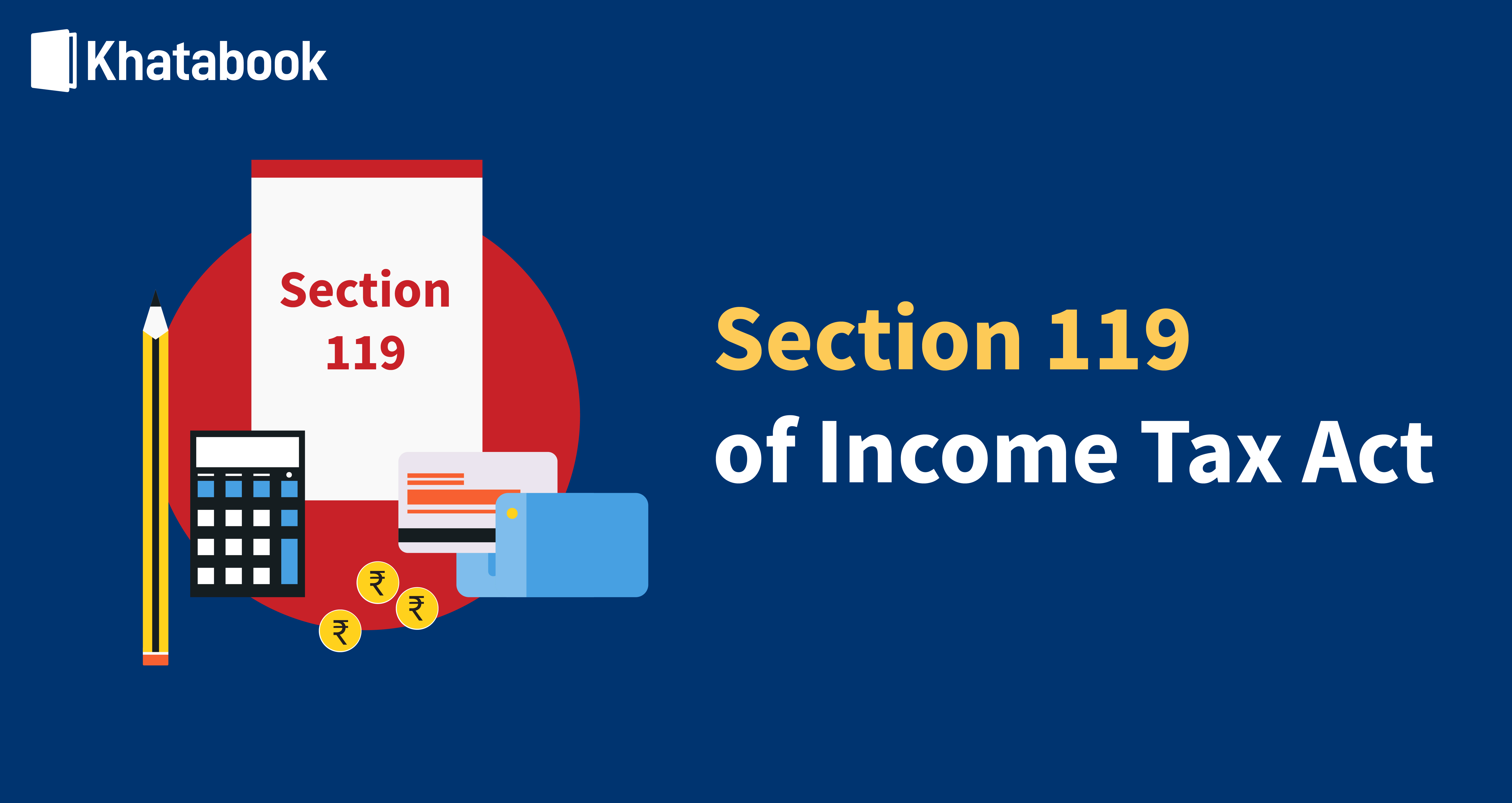 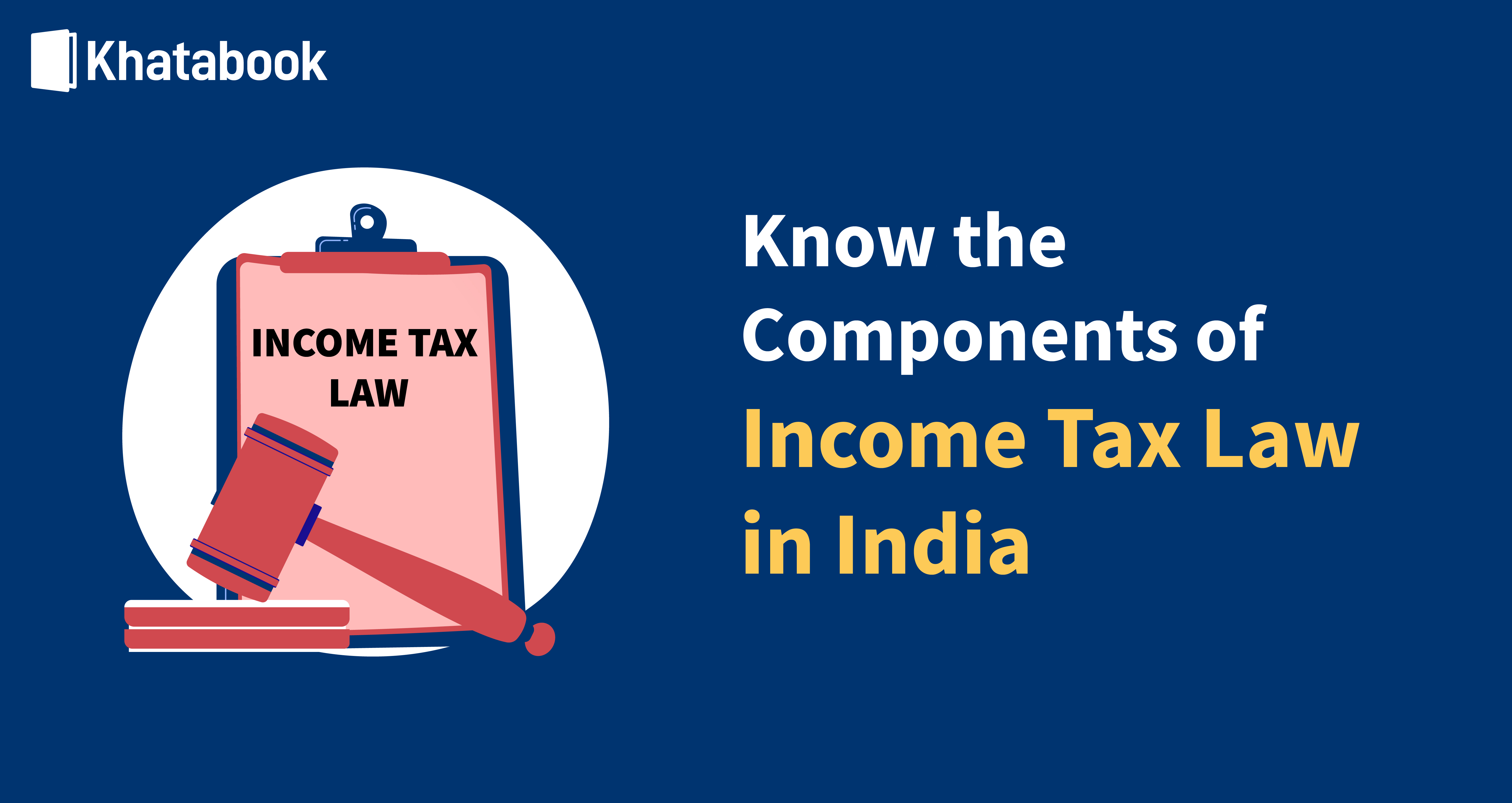 What Are the Components of Income Tax Law in India? 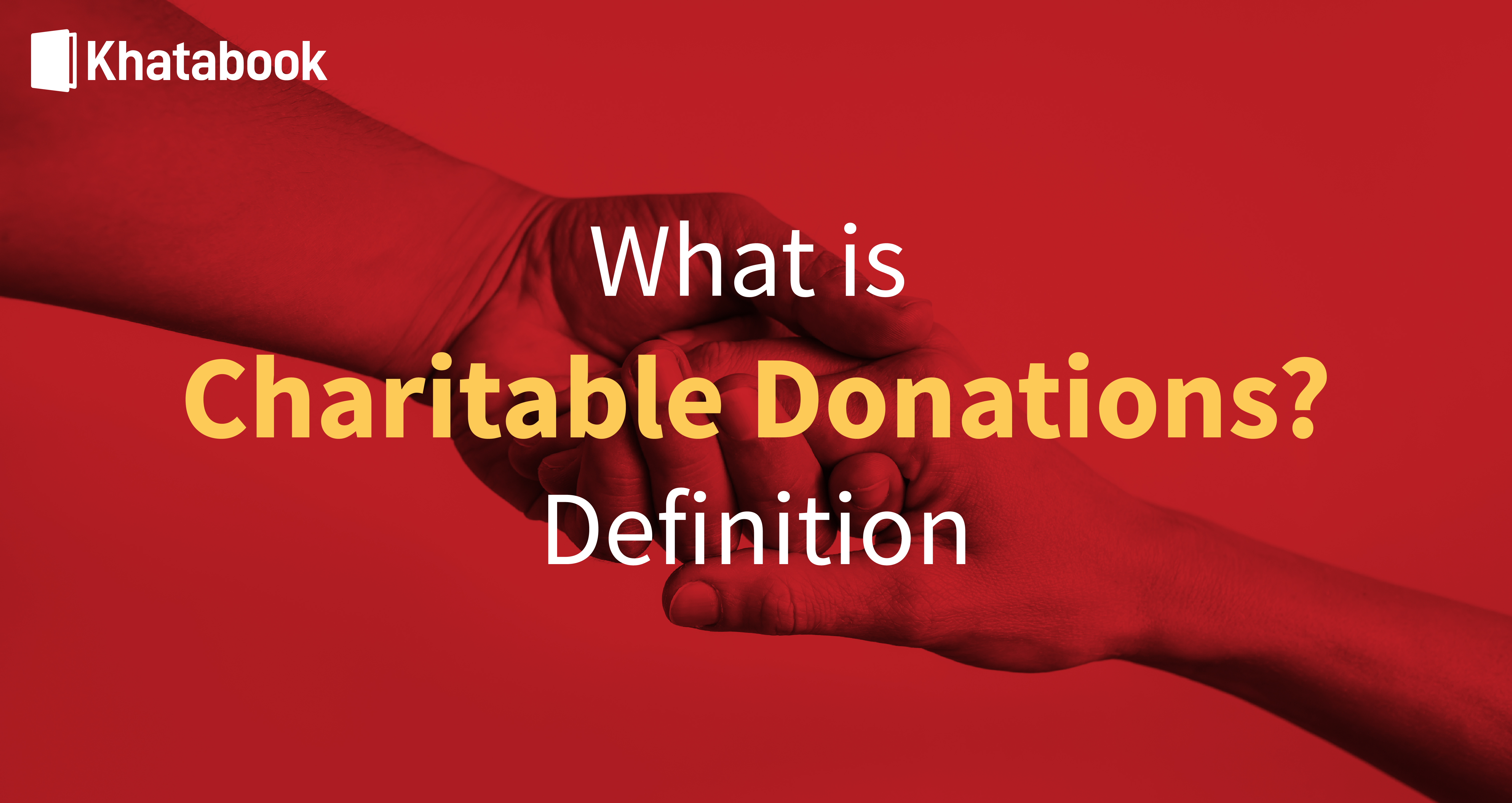 What are Charitable Donations? 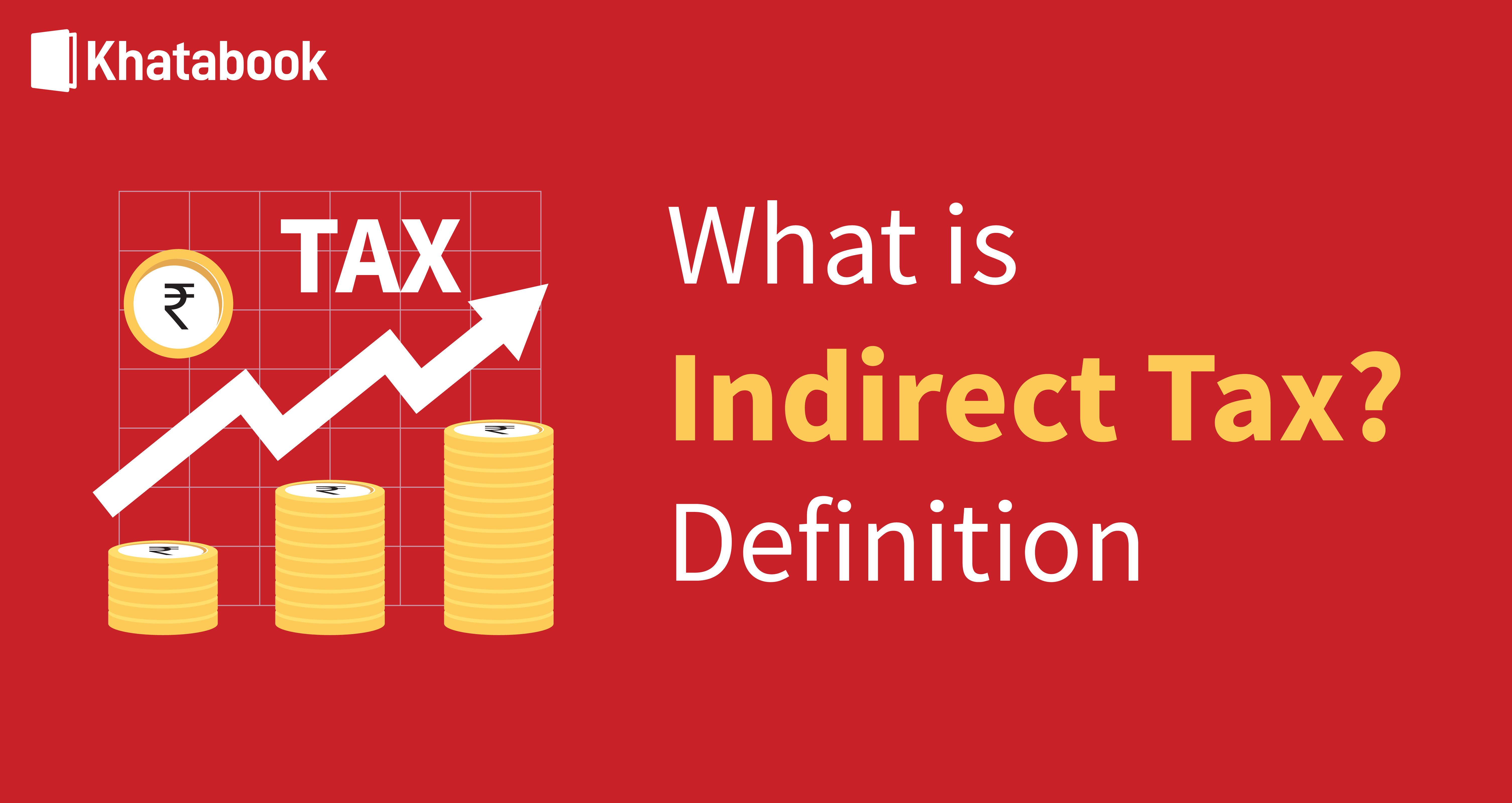 What is Indirect Tax? - Meaning, Types and Advantages 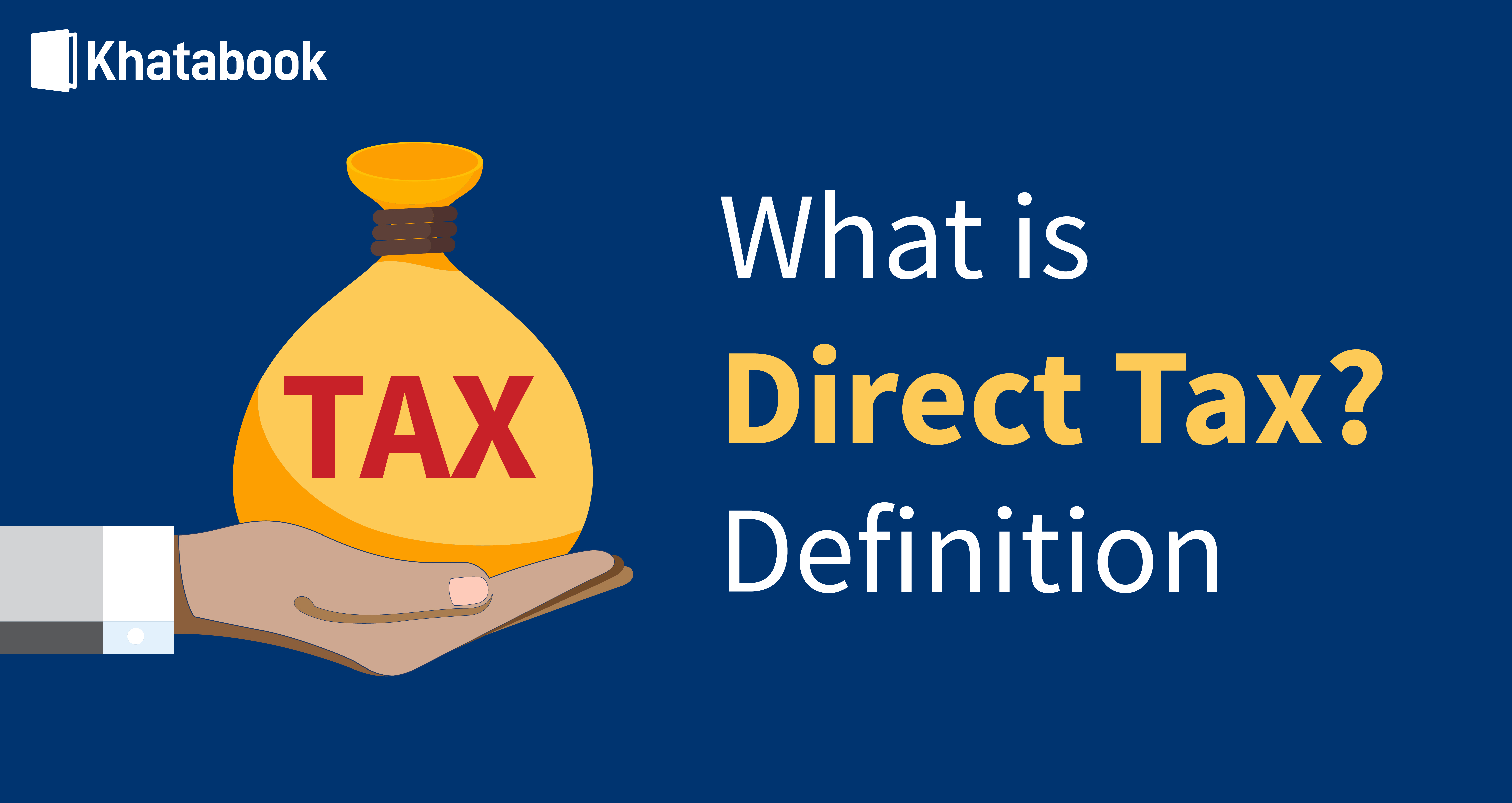 What Is Direct Tax, and What Are Its Different Types? 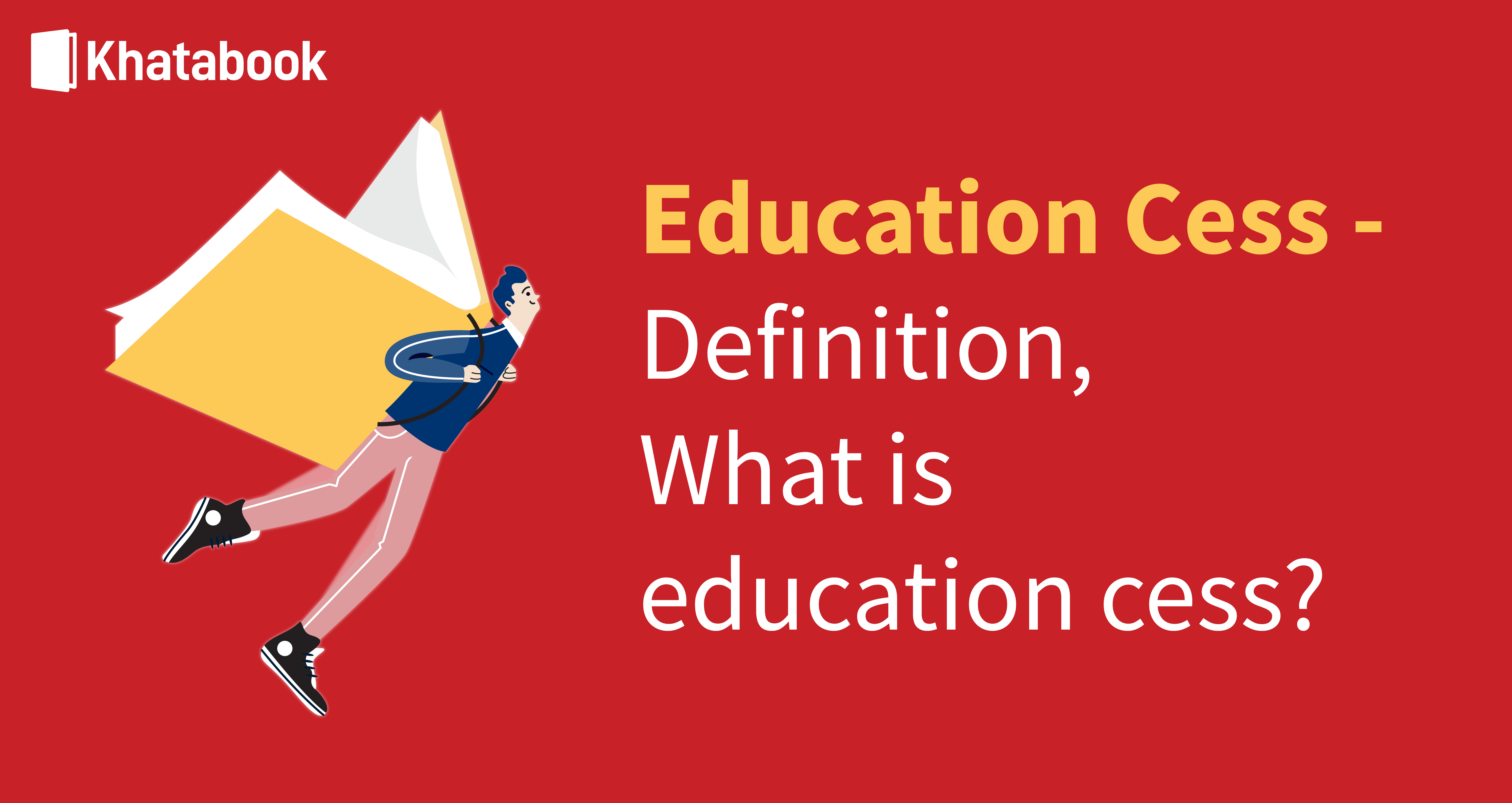