The Indian banking system has embraced digital banking in a big way. It all began in the late 1990s when ICICI bank pioneered digital banking, offering its clients digital products and services. Today leading private banks offer their entire range of banking services digitally, offering the customer the convenience of opening a bank account and transacting from the comforts of their homes. Online banking was estimated to be more than 15 crore users in FY 2020-21 (as per the report of the Boston Consulting Group). With the central government’s vision of a cashless economy and sustained efforts to improve internet and broadband access, digital payments have gained increasing acceptance. UPI transactions are a key component of this revolution in digital payments. As per the NPCI (National Payment Corporation of India) report, nearly 1/3rd of Indian households are using digital payments in some form or other.

India had 540.5 crore UPI transactions valued at ₹96000 crores in March’22? Launched in mid-2016 by NPCI, UPI has become the de-facto mode for merchant and peer-to-peer transactions, as it allows users to debit and credit easily and round the clock. UPI Ids are unique and different for banks and third-party Apps, for those who would ask “how to find my UPI ID”.

What Is UPI ID?

UPI stands for Unified Payment Interface. UPI is a digital payment system through which a user can receive and transfer through a Virtual Payment Address (VPA). The money is directly credited or debited to/from the customer's bank account.

All major PSU banks and almost all the private banks offer UPI facilities to their account holders. However, UPI is more popular on third-party apps like Google Pay, BHIM, and Paytm.

UPI IDs can be different for different Apps. For example, Paytm creates a UPI ID in the format phonenumber@paytm. In some other Apps, the UPI ID may vary as per the bank linked to the account, like name/username@bankname.

How to Know Your UPI ID?

Your UPI ID is an address that uniquely identifies you on UPI. It is usually yourname@ bank name or bank username@bankname.

There are lots of UPI Apps available for use on smartphones. Besides BHIM App, many private and PSU banks provide their own UPI payments App. There are also very popular third-party apps, like Google Pay, Phone Pe, Paytm, Mazon Pay, and Freecharge. Each of these Apps partners with a bank to handle UPI transactions and therefore uses the UPI handle of the bank.

UPI payments are very widely used on the Apps. The popular Apps with UPI features are:

These UPI Apps play a vital role in facilitating digital payments in India. Cashless transactions using UPI Apps came out as a real boon to families during the recent C-19 pandemic when going out and shopping for essentials were restricted. Citizens across the country shifted to online purchases using UPI payment. The digital payments trend has continued, albeit at a reduced scale, even as normalcy returns to people's lives and the county’s economy.

How to Check UPI ID Across Different Payment Platforms

We’ll look at how to find UPI ID on some popular apps.

a) How to find UPI ID on Google Pay: Google pay is a popular and widely used UPI payment app. b) How to find UPI ID on BHIM App:

Also Read: UPI Transaction Limit 2022: Of 105 Banks Along With SBI and HDFC

c) How to find UPI ID in the Paytm app: d) How to find UPI ID in Phone Pe:

e) How to find your UPI ID on Mobikwik?:

Mobikwik UPI App is also widely used by many people for UPI payments because of its simplicity of the App. f) What is my UPI ID in Amazon pay: UPI payments have become a preferred digital payment option nowadays. This trend is confined to the urban areas and used by the people in rural areas, as mobile internet coverage increases with improved bandwidth. Almost every household in India now has at least one mobile phone. With growing awareness, people find it convenient to use UPI payment to purchase products and services. UPI solution providers are cognizant of this growing trend in digital payments for the business it generates and the potential it provides to increase the customer base. Almost every business-online or offline, facilitates business transactions with its customers by providing the convenience of UPI payments.

Q: Is the UPI ID the same for all Apps?

UPI ID may be different for different Apps. For instance, Paytm creates a UPI ID in a format your mobile number@paytm. In other apps, it may be yourname@bankname

Q: What is an example of a typical UPI ID?

Once the mobile number and linked bank name details are updated to the UPI App, the App screen will display the UPI ID under options or settings. It is usually your mobile no. 1234567890@upi or your name/username@okaxis

Create a new UPI ID, for example, on Google Pay. 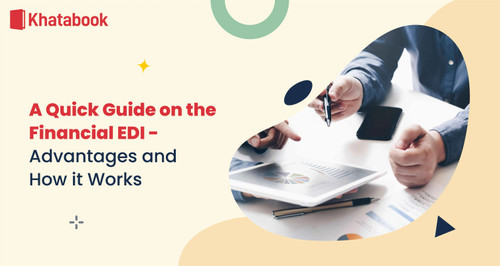 A Quick Guide on th… 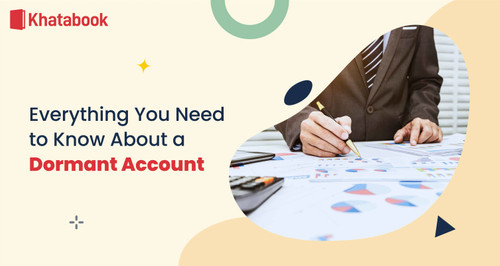 Everything You Need to Know About a Dormant Account 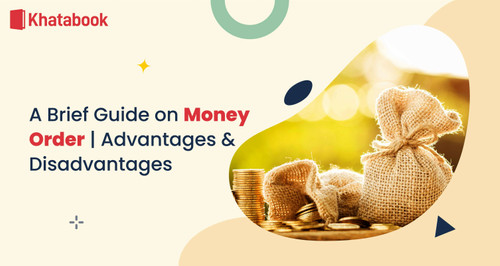 What Is a Money Order, How Does It Work, and How Do I Get One?

A Quick Guide on the Financial EDI - Advantages and How it …

Everything You Need to Know About a Dormant Account

What Is a Money Order, How Does It Work, and How Do I Get O…