GST is a tax which has replaced many Indirect Taxes in India. The Goods Service Tax Act was passed within the Parliament on 29th March 2017. On 1st July 2017, the Goods & Services Act came into force; Goods & Services law in India may be a comprehensive, multi-stage, destination-based tax that's levied on every value addition.

In simple words, Goods and Service Tax (GST) is a tax levied on the availability of goods and services. This law has replaced many tax laws that previously existed in India.

GST is one taxation for the whole country.

HISTORY OF GST IN INDIA:

The Goods and Services Tax was executed in India on 1st July 2017. However, the method of implementing the new tax regime commenced an extended time ago. In 2000, Atal Bihari Vajpayee, then Prime Minister of India, found out a committee to draft the GST law. In 2004, a task force concluded that the new tax structure should be implemented to reinforce the tax regime at the time.

In 2006, P. Chidambaram, then minister of finance of India, proposed the introduction of GST on 1 April 2010, and therefore the Constitution Amendment Bill was passed in 2011 to enable the introduction of the GST law. In 2012, the committee started discussions regarding GST and tabled its report on GST a year later. In 2014, the new minister of finance at the time, Arun Jaitley, reintroduced the GST Bill in Parliament, and therefore the bill was passed in Lok Sabha in 2015. However, the implementation of the law was delayed because it wasn't passed in Rajya Sabha.

GSTN went live in 2016, and therefore the amended model GST law was passed in both the Lok Sabha also because of the Rajya Sabha. India's president also gave assent to the law in 2016. 2017 saw the passing of 4 supplementary GST Bills in Lok Sabha also because of the approval of an equivalent by the cabinet. Rajya Sabha then passed 4 supplementary GST Bills and therefore the new tax regime was implemented on 1 July 2017.

IMPACT IN THE INDIAN ECONOMY:

From the buyer, they might now need to pay more tax for many of the goods and services they consume. The majority of everyday consumables now draw an equivalent or a rather higher rate of tax. Furthermore, the GST implementation includes a cost of compliance attached thereto. It seems that the cost of compliance is going to be limiting and high for the tiny scale manufacturers and traders, who have also opposed an equivalent. They may end up pricing its goods at more rates.

While getting your business entity registered on the GST portal, there'll be a short-lived GST state code then after 7 working days, a permanent GST state code is going to be allotted to you, as long as all of your documents are approved. The GST state code is of utmost importance and is to be mentioned on all invoices that you simply receive or submit.

Without the GSTIN, no firm entity can lead business and tax suppliers on the name of GST. Business is recognized through the GSTIN and helps the supplier to understand whether whomever they're transacting with is registered on the portal and if the small print mentioned are correct

While it's going to seem that the GSTIN may be a random digit code or number, it's meticulously prepared and every digit/alphabet includes a meaning. The first two digits of your GSTIN are supported where your business is found and during which state is that the place of supply.

Every taxpayer who is registering themselves on the GST Portal is required to fill in details about their GST jurisdiction also. The process to seek out your jurisdiction is now quite easy and a step by step process is provided by the GST portal. Follow the steps mentioned below to understand the way to find your GST Jurisdiction

HOW TO IDENTIFY THE GST STATE CODE AND WHAT ARE THE STATE CODES FOR VARIOUS STATES IN INDIA?

Every state has been assigned a code for it to become easier and detectable to understand where the taxpayer/business entity is from. For example, if your GST Number is 22AAAAA0000B1Z5 the no 22 is that the GST state code and represents the state of Chattisgarh. One can easily understand the state or location of the company of the taxpayer through their GST number.

If you're an overseas entity conducting business in India, then register on the GST portal is mandatory; however the tax identification of the country your business is found in needs to be provided which can then be used because of the official number on all of your invoices. The following are the names of states and its GST state code.

GST has many benefits that help in integrating the economy while making Indian products more competitive internationally. It also makes an agreement with tax rates and procedures easier.

The subsuming of the aforementioned State and Central indirect taxes into only one tax also will provide a serious lift to the Government’s ‘Make in India’ campaign, as goods that are produced or supplied within the country are going to be competitive not only in national markets but within the international ones also. Moreover, IGST (Integrated Goods and Services Tax) is going to be levied on all imported goods. IGST is going to be adequate to State GST + Central GST, more or less, thus bringing uniformity in taxation on both local and as imported goods.

GST is forecast to help the Government Revenue find buoyancy by expanding the tax base whilst enhancing taxpayer compliance. The reform is additionally expected to enhance the country’s ranking thus far because of the ‘Ease of Doing Business Index’ cares. To add thereto, it's also estimated to reinforce the GDP by 1.5% - 2%.

The cascading of taxes are going to be prevented by GST because the whole supply chain will get an all-inclusive input tax credit mechanism. Business operations are often streamlined at each stage of supply thanks to the seamless accessibility to input tax credit across products or services.

You need to file multiple returns in a month for every state in which you operate.

In the recommended GST Bill, one vote has been assigned to each state in the GST Council. As per Government, this has been done to assure that small states should not lag in the GST Council. Thus, while charging the weightage to vote, the population has been made the main criteria. It is worthwhile to say here that there are certain states which have very less population but their share in taxes is on the much higher side. Such states, though contributing more, will lag in the decision-making process taking place at the GST Council.

In this regard, it is to be noted that the banking sector plays an important role in exports. Whether it is the export of service or export of goods, the role of banks is vital. It is worthwhile to say service tax @ 14% was levied on the banking transactions pre GST. Post introduction of GST, the rate has jumped to 18%. This will eventually increase the value of the transaction, particularly, within the case of imports and exports where an enormous amount is transacted.

HOW TO KNOW YOUR JURISDICTION?

Furthermore, the taxpayer must provide his jurisdictional details when filling the form for GST registration.

Steps involved find your jurisdiction are as follows:

• Select the state on the left side of the screen.

• Then, select the zone, commissioner, division and range details to your jurisdiction. 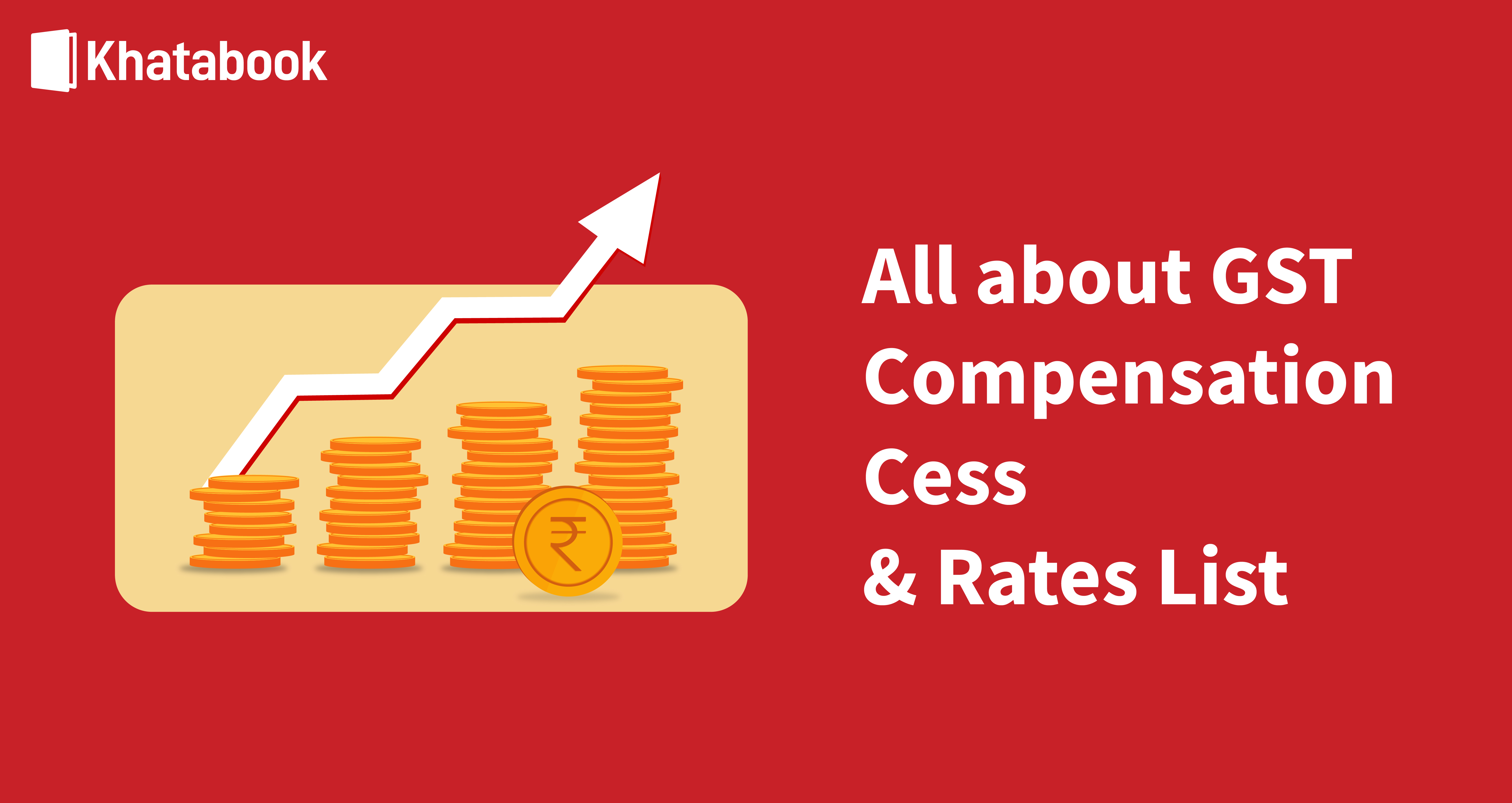 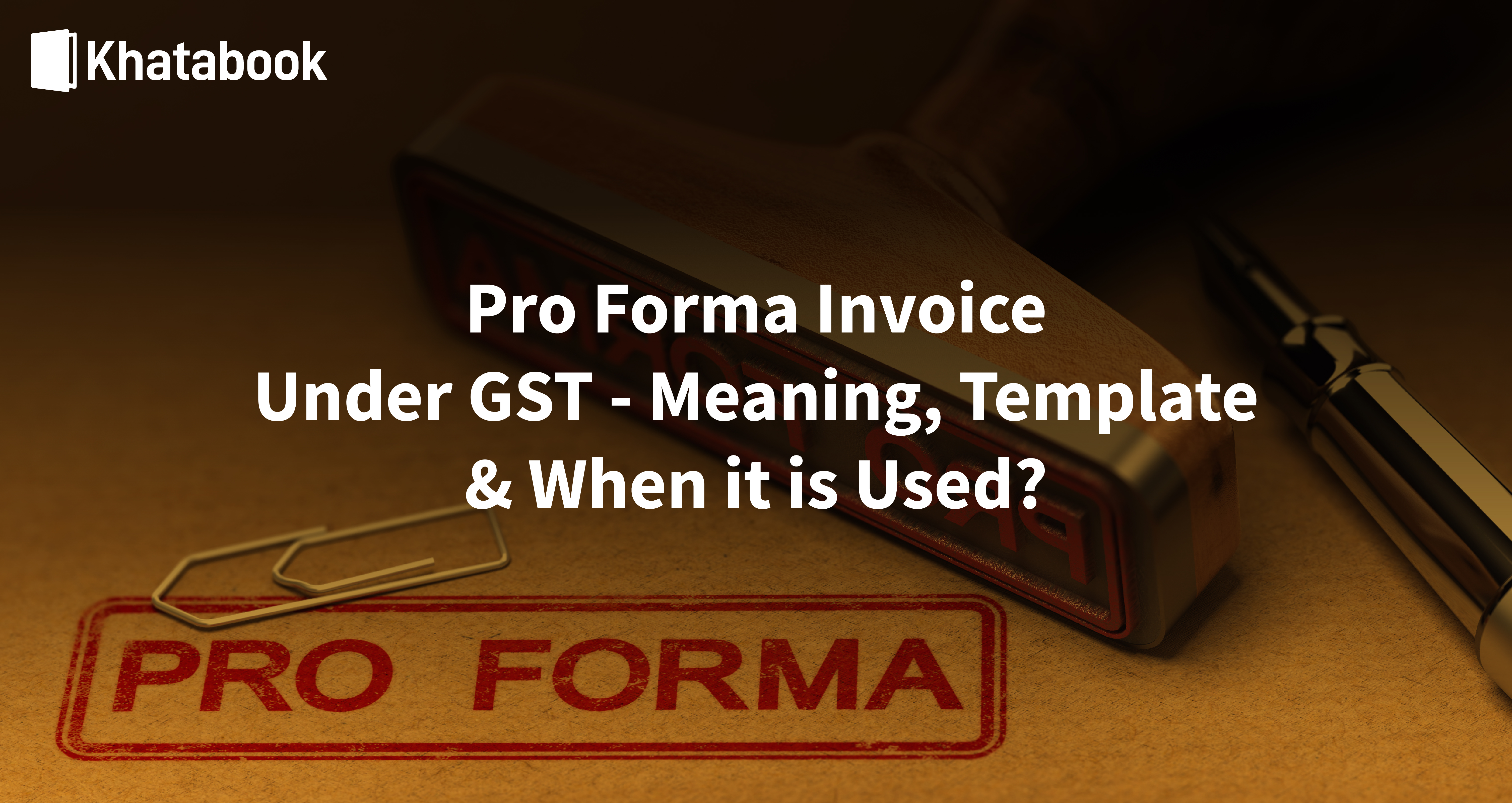 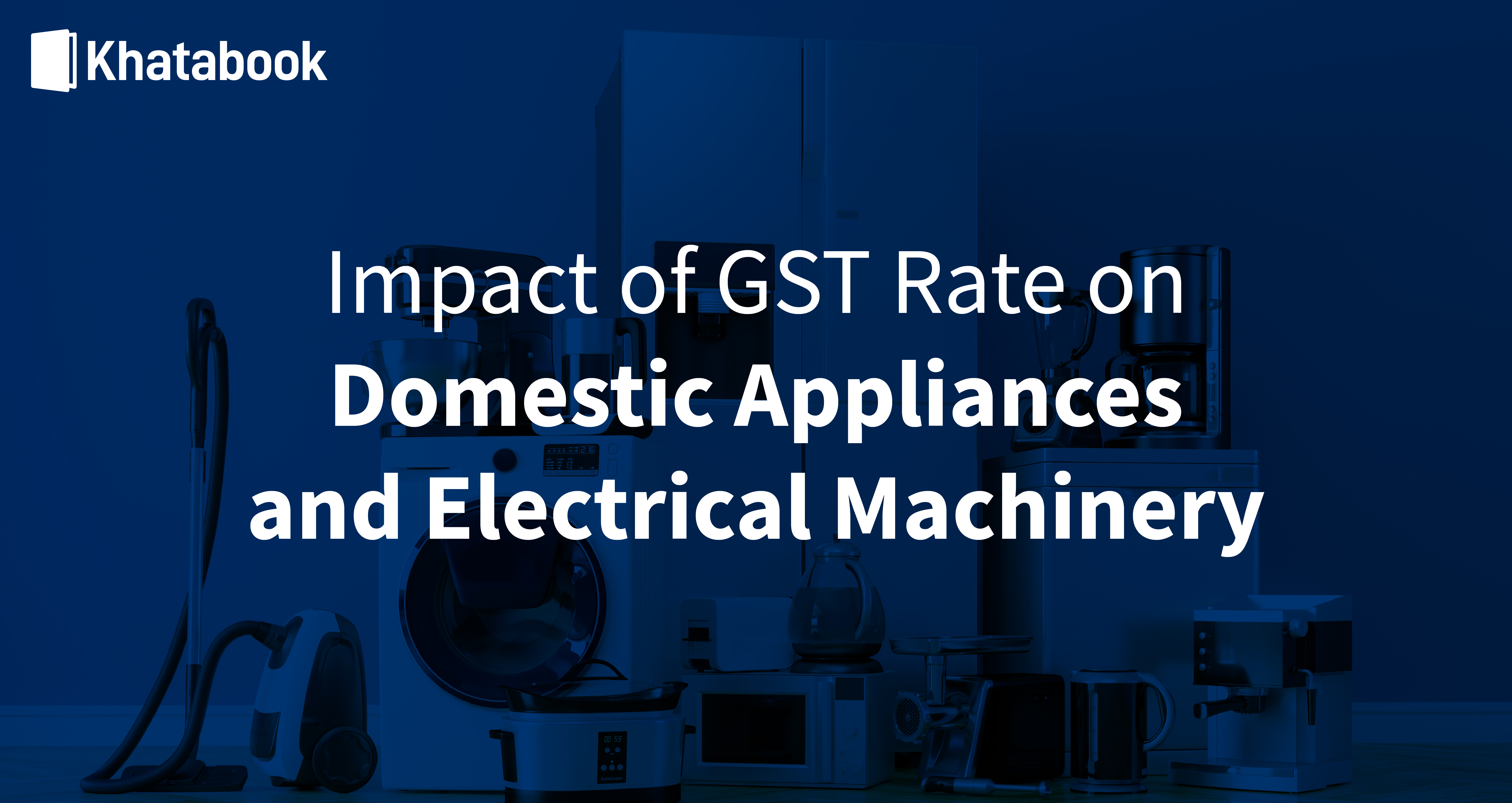 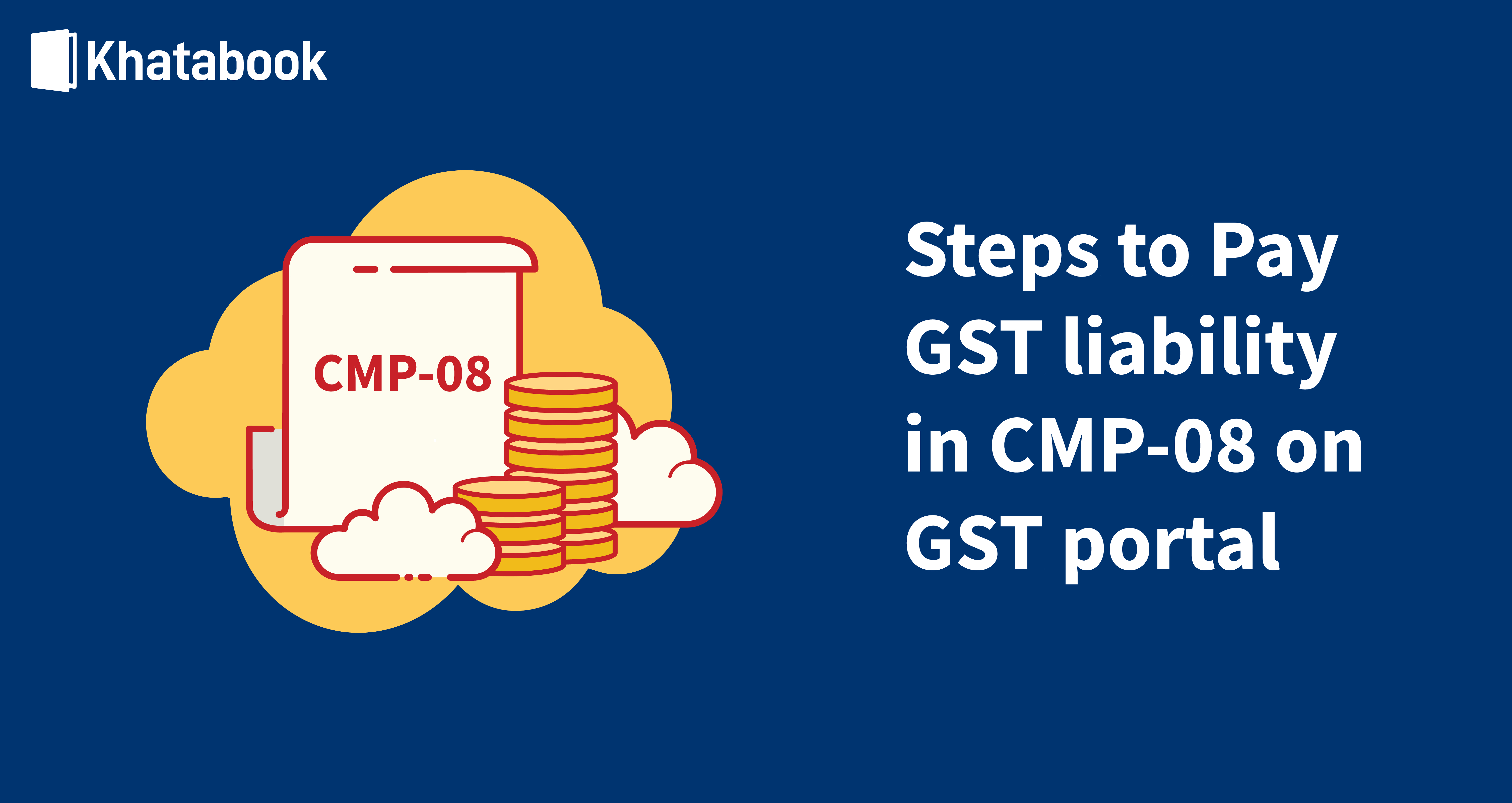