A very popular allowance that an organisation can offer to its employees across the countries and around the globe is the transport allowance. This allowance is in use in India also, and most private/public companies provide this amount every year. The term "travel allowance" is another term for this grant type.

The allowance amount depends on the base amount of an individual's salary, which is one of the few features common to the law around the globe.

In India, the allowance is tax-free to a specific amount each year. The most important characteristics of this grant come within the scope of the Central Board of Direct Taxes, which can change the rules in place and transfer allowance limits regularly.

In India, this allowance is tax-free up to a set amount every year. The most important aspect of this grant that falls within the scope of CBDT is that it can regularly alter the rules in place and transfer allowance limits.

Also Read: All About Special Allowance - its Taxation & Calculation in India

What Is Transport Allowance?

You may already have heard that term if you're an employee. However, you may not know the exact conditions and purpose of this allowance. The employee receives the allowance to compensate for the distance they have to make from their home to work.

The two factors that affect the travel allowance an employee will receive are:

The longer the distance the employee needs to cover, the bigger the amount payable in transport allowance.

It is important to remember that certain organisations have transportation services that transport their workers from their homes to the workplace. They do not make any additional allowance for transport.

The majority of companies that offer an allowance for this type of service will do so in addition to the basic salary component.

How Can I Calculate the Transport Allowance?

After knowing the meaning of transport allowance, let's see the calculation process. You may have checked a few internet sources explaining methods for calculating transport allowance. And you may haven't gotten your answer yet. The reason is that there isn't a formula fixed or predetermined percentage of the basic salary to determine an allowance for transport.

Employers can limit the amount they pay in this allowance to ₹1600 per month to ensure that it is tax-free. Any amount that exceeds the allowance for transport is taxed under income from salaries. This exemption is available to an employee with a salaried salary.

For example, if your firm pays you Rs. 2000 per month in transportation allowance, your tax situation would be -

If you exceed a specific threshold, the allowance becomes tax-deductible. These limits are controlled by the rules outlined in section 10(14) (ii) (ii) of the Income Tax Act of 1961.

After April 2015, the Union government raised the ceiling for these allowances beginning FY 2015-16. The announcement took place within the budget for the 2015 Union Budget, and later it passed as an act by both Parliament houses.

The current allowance for transport is ₹1,600 per month or ₹19,200 per year, and it is more than double the previous limit. The new rate for this allowance was created to ease the tax burden borne by large sections of middle-class salaried Indians every year.

It is important to note that employees do not have to submit documents, receipts, payslips or other evidence that they have received transport allowance from their employers.

The IT Department will automatically consider the ₹1,600 limit per month, which is equivalent to the equivalent of ₹19,200 each year, in calculating tax obligations for people earning salaries.

You have understood about the transport allowance exemption.

Let us clearly understand this in the form of a simple table:

In the next section, check the consolidated transport allowance.

Also Read: Learn about Allowances and Deductions available to a Salaried person

Anyone who is a government employee and is frequently on the road for work may receive a consolidated travelling allowance from an appropriate authority.

Also, an allowance replaces different types of allowances for transportation within the official's limit of duties. The allowance for permanent travel can be drawn throughout the year even when an official isn't accessible at the office.

However, it will not be drawn during situations like temporary transfers or absence until specifically stipulated in the rules of a chapter in any case when travelling allowances of another type are drawn. Also, if calculating all the employees' salaries becomes a daunting task for you, it's ideal to use an online salary calculator.

The Transport Allowance Rules Under the New Tax Regime

From FY 2020-21 onwards, beginning in FY 2020-21, the government will allow taxpayers to choose between the new tax regime that applies to individuals and HUF taxpayers. Under the new tax system, there are no flat tax rates.

There are no exemptions or deductions either. Additionally, taxpayers cannot claim deductions for tax-saving investments. However, the new tax law permits individuals to claim tax-free allowances.

Are the Transport Permissions and Transport Allowances Different?

There is very little difference between these two kinds of allowances. Larger companies offer all employees a travel allowance between and back to work, and they might also provide certain employees with some other travel arrangements.

Conferences or meetings can be examples, and employers would like to distinguish between the two kinds of permission in these instances. In such situations, transportation allowance is given to cover the cost of two-way travel between the office & home.

In addition, transport allowance allows other workers to pay expenses for transportation to and from official reasons or other purposes.

If it does offer tax exemption, you can claim it on the amount you are eligible for and decrease the tax burden. Also, you can opt for a platform like Khatabook, as it's perfect for keeping the credit & debit calculations easily accessible.

We have added the important questions about the transport allowance in their answers in the next section, have a look.
Follow Khatabook for the latest updates, news blogs, and articles related to micro, small and medium businesses (MSMEs), business tips, income tax, GST, salary, and accounting.

Q: Who's eligible for the tpt allowance?

Central Government employees are drawing pay of ₹24200 & above in pay levels 1 and 2 of the pay matrix, eligible for a transport grant allowance of ₹1600 per month.

Q: What amount of transport allowance could be provided to an employee?

There is no limitation on the amount employers can offer as a transport allowance to employees. But, there is an upper limit to the tax-exempt amount that can be claimed under the Income Tax Act.

Q: What is the difference between transport allowance and conveyance allowance?

They are not the same. Conveyance serves to meet transportation costs in the course of official work. In comparison, it's possible to claim the transport allowance for commuting between home and work expenses.

Transport permission exemption limitations are ₹1600 every month or ₹9,200 for the entire year. Before April 2015, the tax exemption cap was ₹800 every month, or ₹9600 every year.

Q: What is a transport allowance?

Transport allowance is a form of allowance that employers provide to employees to pay for the cost of travel to or from their place of residence and work. Also, this allowance adds to the basic salary. It could be tax-deductible or not, as per the Income Tax Act of India. It depends on the amount the employer is willing to pay. 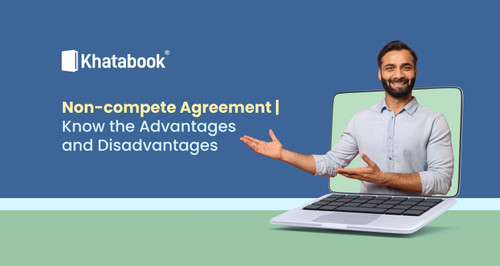